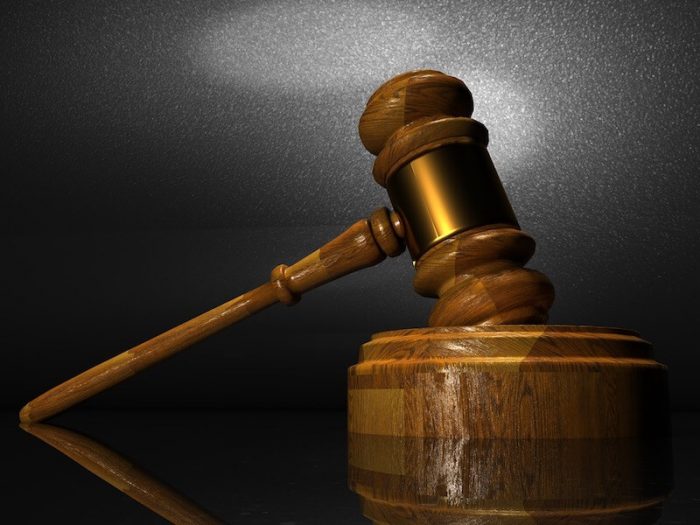 How many lawsuits is too many? Most (90%) US corporations juggle multiple ones at the same time.

These lawsuits keep legions of lawyers gainfully employed. They can also be highly damaging for those on the receiving end. For instance, even when frivolous they can still undermine a company’s reputation and deplete its bottom line.

For instance, coffee is meant to be served hot, right? But when a woman complained that Macdonald’s had made the coffee too hot and she’d been scalded, she still won substantial damages.

Most suits, though, stem from chains of unethical company choices – not from a single bad decision. The hot coffee really did cause injury and the company subsequently reduced the temperature in all its servings.

Appalling ethical choices by some companies are part of some disturbing patterns. For instance, numerous cases arise from heartless and deliberate corporate irresponsibility.  Some create human calamity–death, personal injury, job and financial losses. There is often reliance on exploiting information power, legal loopholes, and regulatory gaps, or lax enforcement. Yet there’s nothing inevitable about a company being sued. A small minority, roughly 13 to 18 percent of US companies, completely avoid this costly diversion of resources. This compares to 42 percent in the UK and 36 percent in Australia.

A pile of legal suites can be a dead weight around a company’s neck–a costly overhead eating up time and money. It can also affect a firm’s overall image, particularly it’s ethical standing. Companies with a stack of legal cases awaiting settlement risk becoming re-cast in public opinion as untrustworthy and inherently unethical.

Take for example Johnson and Johnson, the world’s leading health care provider. Back in the 1980s it surmounted a tragedy of its leading brand Tylenol, criminally injected with cyanide. Seven people died and the publicity was international.

Yet J&J emerged triumphant, with its reputation for ethical behaviour enhanced. It’s handling of the disaster is now a case study in crisis management. The CEO’s at the time made constant and much-praised reference to his firm’s general ethical principle: “put the interest of our customers above financial gain.”

That was then. Now J&J has lost that ethical momentum. Currently, the company faces an incredible 100,000 lawsuits. These include nearly 20,00 from men who say they were badly affected by the company’s drug Risperdal. Some 54,000 women are suiting J&J over its vaginal mesh inserts. A further 3000 have brought lawsuits alleging the firm caused their ovarian cancer.

Not long ago the pharmaceutical industry was among the most respected industries. Merck, for example, featured regularly as one of the most admired corporations in the United States. Compare this with consumer attitudes today. The entire pharma industry’s reputation is hardly better than the financial sector’s or the tobacco companies. Here is an industry in the business of developing lifesaving drugs. Yet it attracts a sustained negative reputation for unethical practices. It is regularly accused of having an obsession with profit at the expense of many of it customers. While perceptions have improved, they remain “very polarized.”

“One-third of those asked said drug makers have an excellent reputation, but another third view their reputation as weak or poor.”

Not surprisingly, some pharma companies have begun redefining their purpose. For example, GSK the world’s second biggest pharmaceutical firm announced in 2009 a radical shift to providing cheap drugs to millions of people in the developing world.

A significant part of what makes a company valuable now depends on its reputation. No wonder so many companies now invest heavily in “reputation management.” Over the past three decades, the percentage of a company’s value due to tangible assets has dropped from 90% to just 25%. Intangible assets such as reputation, currently represent as much as 40–60% of a corporation’s market capitalization. Being sued on a large scale as happening at J&J, is a sure way too seriously erode that asset.

Litigation and companies’ response to it, can also have a corrosive effect on whether the organisation is seen as a responsible employer. For example, there’s the tragedy in Bangladesh factories where employees burned to death while creating garments to stock Walmart shelves.

Walmart’s initial response to the disaster was classic. It argued volubly that the Bangladesh factory employees weren’t Walmart’s employees. So, it claimed what happened at the factory was neither Walmart’s fault nor its responsibility. So, the official ethical position from the world’s largest retail chain became “What happens in Bangladesh stays in Bangladesh?” Walmart has never earned a spot on the Most Ethical Retail Companies list.

Walmart is more often the defendant than virtually any other US retail company. Altogether, some 5,000 lawsuits are filed against Wal-Mart each year. That’s roughly 17 suits per working day. Accepting that Wallmart has more customers than most companies, still, 5000 lawsuits is a serious blot on the company’s ethical landscape and long term reputation. The sheer scale of lawsuits hitting Wallmart keeps its ever-active legal team fully occupied and had considerable influence in defining labour laws for the entire U.S. retail industry.  Every lawsuit Wal-Mart defends means the entire U.S. retail industry is being gradually aligned to its particular ethics and employment practices. This cannot be good for either America or company employees.

Given the wealth of major corporations, it has become a popular game to make a legal claim for large damages. Highly creative claims can often rely on laughable causes. Most such cases are try-ons and get thrown out. These sort of suits seldom damage a company’s ethical reputation. Even so, the fees associated with defending frivolous lawsuits can be high. Some companies regularly insure against these attempts to extract money from them.

Another development is the trend towards third parties funding legal claims for others. These outsiders may have no direct involvement in the original complaint. They simply extract a slice of the action if the case goes their way.

The only way of securing funding to cover legal costs used to be limited to a single case. Now, companies can face large litigation funding claims involving many parties.

Large litigation finance can support loans of several millions of dollars in exchange for shares of recoveries. These can potentially be around a million to a billion dollars. While an injection of outside finance may make some litigants able to obtain justice, it also enables all sorts of suits to reach the courts that otherwise would not have gone there.

What all this means is, corporations wanting to protect their image and reputation for being responsible may now find themselves facing large-scale claims, where previously these might not have been feasible.

Joining The Dots For Growth