Tolerance of Ambiguity – An Antidote to the Search for the Answer

Dennis’ recent post below about the differences between debate and dialogue is so important for our time when in divided groups, nations, and worlds people get entrenched in right and wrong and winning rather than dialogue, in shouting at each other rather than listening.

Moving Beyond Debate: What About the Magic of (Real) Dialogue?

Fundamentalists, whatever religion or non-religious organisation they belong to, believe that they have the answer. Whatever it is the answer to, if only everyone saw the light and believed and acted as they do, the world would be put to rights and everything would be hunky-dory. They know the one and only way. They are right, others are wrong.

Few people are fundamentalists, but the hunger for the answer is widespread in our world. In organisations and leadership, people talk about problems they are having and they quite reasonably look for solutions. Something that will sort it.

Fair enough. The problem is that the problems they are talking about are normally to do with people, relationships, and change, and these are not issues that have a solution, one right answer.

I started off my working life as a computer programmer and if a programme wasn’t working it was comforting to know that there was a logical explanation. Find the incorrect code and bingo! It works. Part of the joy – and at times frustration – of working with people, is that people don’t work like that. What works with one person or group won’t necessarily work with another.

So, for example, say I am a chief executive and want to change the organisation and I have a top team that isn’t working well together. There are two younger go-ahead people who really want to drive change through. Meanwhile, we have two old guard managers who want to keep the status quo. And then there are the two in the middle who just try and keep both sides happy and sit on the fence. What should I do?

There are so many possible ‘answers’ – actually that’s really the wrong word – possible ways forward is a better description. Make it clear to the old guard that you support change and they better shape up? Support the change drivers? Encourage the fence-sitters to support the change? Teambuilding? Outside consultant? Leadership training? And so on.

When it comes to change and organisations the problems are even more complex. Organisations are no longer the machines of the Taylorism of the early 20th century, when change was accomplished by time and motion men making the processes more efficient.

“Because system dynamics illustrate the interdependencies within the current system, there is never a single right answer to any question. Instead the discipline reveals a variety of potential actions you may take……Each of these actions will produce some desired results and (almost certainly) some unintended consequences elsewhere in the system.” (“Fifth Discipline Fieldbook” by Peter Senge)

So what should we do? All give up and go home? Not at all. I really believe that people and organisations can change. I believe in progress (though not all change is progress!).

All I am saying is that to be successful in today’s complex organisations, where people matter and where change is a constant, we have to get away from our desire for an answer, a single solution, a magic bullet.

What we need is Tolerance of Ambiguity. By that, I mean the ability to:

Perhaps the first step is the most difficult, as it means that what we do might be wrong, and it means admitting as a leader that we don’t know. It’s not to say that there are not times as leaders when we need to show vision, clarity, and decisiveness. But I believe strongly that cultivating a tolerance of ambiguity is a key challenge for leaders in the modern age.

But it’s not just leaders that need to cultivate tolerance of ambiguity – all of us could do with it. Vulnerability, openness to not knowing, recognising others may have better ideas than us, knowing that we will need to try something and see if it works, all these qualities are vital as we navigate the often choppy waters of our own lives, of organisations and of divided societies. 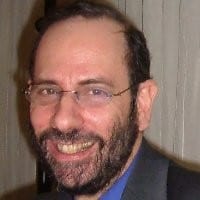 Colin Heymanhttp://www.maine-stream.co.uk/
I work in the fields of EDI (Equality, Diversity, and Inclusion) and Leadership. I am an expert on EDI. I specialise in running Diversity Champions groups, working with a group of people from across organisations to improve diversity practice. I run all kinds of diversity and inclusion training, carry out equality reviews and work with organisations on their diversity and inclusion strategies. With colleagues of colour I work with organisations on allyship, white privilege, and anti-racism. In terms of Leadership Development I help leaders to develop self-awareness and the ability to do things differently, so they can tackle issues in a new way. Increasingly I am combining these two strands of my work by working with leaders on Inclusive Leadership, enhancing their ability to lead in an inclusive way and so influence organisational culture towards an inclusive culture.