Eleven years ago, I fell in love. I met and fell in love with the people, the language, the sights, and the history of Italy. And the castle.

For me, the Palazzaccio Di Toiano castle was love at first sight. This is my fourth trip to Italy and the fourth time I have written about the castle. Being off the grid for a month to revisit this beautiful country and reconnect with my love for adventure, I rediscovered the joy of being alive.

What is it that brings me back to this place? There are no words to describe the calling I feel to return to walk down the uneven small cobblestone path, now overgrown with vegetation, to this place that feels so familiar.

Today I sit on the grass outside the abandoned castle and imagine – living in a dream – to feel like a princess in a fairy tale for a day.

Without knowing the full backstory of this ancient castle, I can only imagine the story of the countless characters who inhabited or passed through the castle, legends, and real stories of love, wars, and political intrigue.

The history of this castle, passed through the centuries, dates to the year 400.

In the year 1216, the local person in charge of the collection of taxes was fined by Siena for default and in 1333 the castle was devastated (burned) by the army of Pisa. 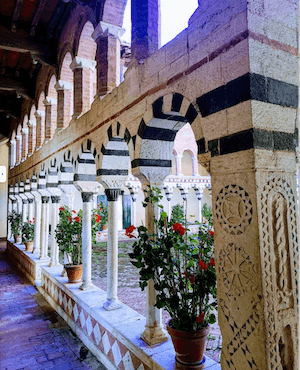 In previous writings, I imagined what life was like in the castle – the village gatherings, the parties with music and dancing, delicious food, and wine from the Tuscan vines.

This year I learned more about the castle from a local legend who lives in nearby Sovicille. Umberto Terreni is a well-respected businessman, historian, artist, and friend to many. He is well known in Italy, especially in Siena, the surrounding areas, and Sovicille where he resides.

There is a giant statue in the heart of the plaza in Sovicille that honors the fallen soldier of World War 1, Monumento Al Caduti Nella Prima Guerra Mondiale. Umberto purchased the flag for the village that flies adjacent to the monument and replaces it every six months with a new flag. Knowing my love of the castle, this kind man gave me the most precious gift that touched my heart – his drawing of the castle from over a decade ago.

With restoration and political challenges that surround the castle, Umberto shared the meaning of the castle as it is known today – “Palazzaccio Di Toiano” means “The Bad Castle.”

Although the castle – private property, of enormous historical and landscape value, is in a state of complete abandonment and some of its parts are at risk of collapse – we both agreed the castle needed a new name.

Proclaimed September 2021, the new unofficial name will be “Castello Di Toiano,” the “Castle of Toiano.”

In Italy, there are many magical places that tell us unusual stories, secret places waiting to be discovered. This is only one of millions.

This may be the last time I sit in the grass outside the castle and write about this magical place that calls my name.

Today, the castle is a quiet place where the cooing sounds of the pigeons and the wind are the only sounds in silence.

But it is my dream, in my imagination, that will come back for a lifetime.

Bonnie Millettohttps://bonniemilletto.com/
Motivational Speaker/Emcee, Author, Youth Advocate, Actor/Model, Voice Over Artist  Drawing from years of experience as an on-camera host and live event hosting, Bonnie is a dynamic personality and highly sought after resource for speaking, event coordination, acting, and voice over artistry. Founder/Creator of the Amazing You Empowerment Conference, Bonnie is the published author of 'Dedicated To The Cup, Nine Ways To Improve A Life!' and the most recent guidebook to action for youth and young adults, 'Been There, From Stuck To Unstoppable.' Bonnie is a top media source on personal empowerment, youth challenges, and life success. When this best friend, mom, wife, and entrepreneur is not on stage or on-air, you will find her in her second home - a nature trail exploring a new adventure.