Time – The Single Most Valuable Gift Entrusted to Us

Honorable TIME is the single most valuable gift that is entrusted us.

Someone shared that TIME is meaningfully forward-moving.

Anne-Marie Helmenstein once explained that “Physicists define time as the progression of events from the past to the present into the future. Basically, if a system is unchanging, it is timeless. Time can be considered to be the fourth dimension of reality, used to describe events in three-dimensional space. It is not something we can see, touch, or taste, but we can measure its passage.”

The human brain is equipped to track time.

“As far as the universe is concerned, time had a beginning. The starting point was 13.799 billion years ago when the Big Bang occurred. We can measure cosmic background radiation as microwaves from the Big Bang, but there isn’t any radiation with earlier origins. One argument for the origin of time is that if it extended backward infinitely, the night sky would be filled with light from older stars.”

Will time end? The answer to this question is unknown. If the universe expands forever, time would continue. If a new Big Bang occurs, our timeline would end and a new one would begin. In particle physics experiments, random particles arise from a vacuum, so it doesn’t seem likely the universe would become static or timeless. Only time will tell. *smile*

Perhaps, Time is an observed phenomenon, by means of which human beings’ sense and record changes in the environment and in the universe. A literal definition is elusive. Time has been called an illusion, a dimension, a smooth-flowing continuum, and an expression of separation among events that occur in the same physical location.

Adding to our thoughts on time is Mitch Albom’s beautiful passage found in The Timekeeper:

“Try to imagine a life without timekeeping. You probably can’t. You know the month, the year, the day of the week. There is a clock on your wall or the dashboard of your car. You have a schedule, a calendar, a time for dinner or a movie. Yet all around you, timekeeping is ignored. Birds are not late. A dog does not check its watch. Deer do not fret over passing birthdays. Man alone chimes the hour. And, because of this, man alone suffers a paralyzing fear that no other creature endures. A fear of time running out.”

“Time is your most precious gift because you only have a set amount of it. You can make more money, but you can’t make more time. When you give someone your time, you are giving them a portion of your life that you’ll never get back. Your time is your life. That is why the greatest gift you can give someone is your time.”

From my own spiritual point of view, Time is real for God. It becomes the means through which He makes known His enduring love to humankind. On the other, time and humanity are immortal in the sense that both have a starting point and continue on indefinitely. God promises unending life with Him to those who believe in His redeeming work and unending separation from him.

Life is beautiful, live it fully, live it wisely and change each moment meaningfully. 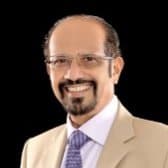 Jonathan Solomon
JONATHAN is a Finnish citizen of Indian origin and in the early 70’s was one of the very few “foreigners” to be granted a full construction license in Finland. Concentrating solely on the upper market and by identifying very talented architects he not only built exclusive homes in one of Europe’s most difficult countries, but also designed and crafted unique bespoke furniture specifically suited for these homes. He has been involved in various projects in over 20 countries. He is the Executive Trustee of an American Foundation involved in humanitarian projects. He brings his international experience and cultural understanding to create new exciting design solutions to satisfy even the most discerning Client. His clients include celebrities, VIP from the various segments of society and from the hospitality industry. He has managed an international interior design studio responsible for both residential and corporate projects and implemented numerous furniture procurement contracts.