Three Keys to Successfully Managing Your Sales People as a Team

Traditionally, sales has been primarily viewed as an ‘individual sport’ where each salesperson uses the force of his or her personality and drive, like a lone wolf, to hunt, chase, and ‘takedown’ business. More and more organizations are recognizing that the best model for sales today is to view it as a team sport instead.

In the team model, a group of closely aligned individuals each performs a key role in collectively bringing home a deal. After all, one of the first things any predatory animal learns is that, while you can take down prey on your own, it’s far smarter (and less exhausting) to team up with others for the task.

Still, in a numbers-driven, performance-fueled organization where competitive spirit is usually driving a full-tilt, how can you manage your sales team more effectively? Here are three key strategies you can implement today:

Individual quota attainment is certainly a critical goal – and without it, you risk allowing underperformance to become a norm in your sales culture. But far better is to align that figure with a strategy for your team members. For example, you can set up a group that works together to win deals in a particular vertical market or target geography.

Instead of a set of ‘lone wolf’ players, each with identical roles, consider breaking the team up by key contributions. One player focuses on new lead development, while another builds strategic relationships. Another focuses on channel partners, while two others split up inside and outside sales. This puts everyone in a role designed to support one another.

3. Recruit and train around team-player dynamics.

Give your future sales team job candidates questions that elicit how they think about team effort and its role in achieving individual and business objectives as a whole. Are they ‘in it just for themselves’ or are they willing to be both self-driven and team-motivated? Train and develop your team around these priorities using group exercises, team coaching and even creating games where competitiveness and team dynamics are both pursued to achieve goals.

Using these three strategies together is essential to building a sales culture that will allow you to take down new markets with a proven, repeatable, and scalable sales model.

Remember, you can’t rely on the success of lone wolves – you need to be able to build and replicate packs of successful sales team players. Use these three techniques to start your journey toward sales team success today. 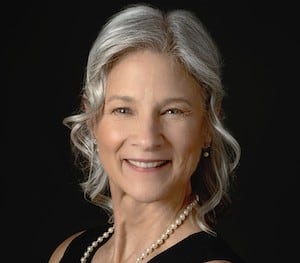 Deb Brown Maherhttp://www.debbrownsales.com
Deb is the owner of Deb Brown Sales (www.debbrownsales.com) where she lives her passion to help small business owners succeed through improved sales performance. She has over thirty years of experience in all levels of sales leadership, training, and coaching. Her clients boast that she successfully moves them from “stuck” to “productive” by empowering them to change the way they approach sales. She’s leveraged her sales experience to help companies of every size, from start-ups to multinationals. Deb is committed to helping people sell from a position of integrity. Her methods are detailed in her book, Sell Like Jesus: 7 Characteristics of Christ for Ethical Sales which was honored as a finalist in two categories at the “American Book Fest 2020 Book Awards.” A cum laude graduate of Allegheny College, Meadville PA, Deb is a voracious reader who values life-long learning. She especially enjoys learning about sales psychology, sociology, how the brain works, quantum physics, and effective communication strategies. She diligently incorporates what she learns into her ever-evolving training and coaching approach to help people communicate more effectively in any circumstance. Beyond the books she reads, Deb is quick to say that she learns the most from the people she meets, engaging strangers and friends alike in conversations that always leave her enriched. Deb is a devout Christ-follower who enjoys worshiping the Lord with a paint-brush and canvas, painting what the Holy Spirit reveals to her during Christian gatherings (www.worshipfulart.com). She is also volunteers doing inner healing prayer and deliverance ministry where she helps people learn to hear the voice of God and develop a deeper relationship with Him.