Creativity has many definitions, and it can mean different things to everyone, depending upon one’s perspective. One definition of a creative is having the ability to turn new imaginative ideas into reality. When this natural love of curiosity doesn’t have a place to thrive, we all lose when it comes to potential talent and entrepreneurship.

According to Idea to Value, in 1968, George Land and Beth Jarman conducted a research study to test the creativity of 1,600 children over two decades. The purpose of the test was to see how people looked at a problem and to witness if they could come up with new, different, and innovative ideas. At the beginning of the study, the students were between the ages of three through five years old, and they were enrolled in a Head Start program. Land tested the same children’s level of creativity at 10-years-old, and again at the age of 15.

What did the results say?

The proportion of people who scored at the genius level of creativity were the following:

The gave the same test to 280,000 adults at the average age of 31-years-old, and their creativity levels dropped down to 2%.

Most, if not all, of our public schools, still run on an industrial type of model, or like a factory—where youth are put into little boxes according to age and ability as if in an assembly line. When public school doesn’t align with global changes, we aren’t setting our young people up for success today, nor in the future.

It is no surprise there is little room or time for creativity in the classroom. From standardized tests, meeting State standards, and learning from a curriculum that arrives in a one-size-fits-all box, we have already set the scene for less creativity. Before our kids walk into their first day of school, we have closed doors on passion, imagination, discovery, and problem-solving.

Notably, this is not the fault of educators.

The process of schooling continues to follow the framework of the historical education processes and procedures that were founded centuries ago.

In the 18th-century, Common schools emerged on the scene. At the time, Common schools provided education to students of all ages. Students came together and worked with one teacher in a one-room schoolhouse. During this era, education was not free for students. Parents had to pay for their child’s tuition, provide housing for the child’s teacher, or they had to barter in exchange for their child’s participation.

In 2001, the States moved toward new accountability laws, which included The No Child Left Behind Law. This law was quickly replaced by The Every Student Succeeds Act.

The Every Student Succeeds Act (or ESSA) of 2015 ended federal interference in State standards, and it also stopped the federal government from mandating States to adopt The Common Core State Standards. ESSA restored the ability for each state to have more control over its academic standards. The law went into effect for the 2017-2018 school year, and funding was approved through the current 2020-2021 school year. States are mostly responsible for choosing what academic standards to adopt or develop—as long as they align with college entrance requirements, and relevant State career and technical education standards.

ESSA was supposed to bring about bold new thinking and significant innovation at the State level. According to EdWeek, when ESSA passed at the end of 2015, Senator Lamar Alexander, one of the bill’s leading architects, predicted that it would unleash a “flood of innovation” in states and districts across the country. However, it can be hard to measure creativity and innovation, and many people who work in the public education system today will tell you the same thing.

Too Much Busy Work

Quite often, life-changing ideas and success stories begin in someone’s basement or garage. When we let kids discover their internal paths of interest, use their imaginations, explore creativity, and stop all of the unnecessary rote memorization and standardized testing. In essence, we can set them up to thrive and change the world. We can see our students develop and grow in the moment, discover their talents, and watch them turn a small idea into something magical.

I have seen the spark of creativity and passion in the eyes of young people come and go for years.

When young kids first come to school, everything is new and exciting. A world is waiting for them. They have an overwhelming need to explore life, have fun, and learn at the same time alongside their peers.

Passion at the beginning of a child’s young years can quickly get squashed when we remove critical parts of the curriculum that lead to creativity. When a school is low on funds, most of the areas that encourage creative thinking are the first to go. These areas typically include electives, classes, or social periods such as gym, recess, art, free play, and music.

All of these daily activities play a critical piece in the healthy development of a child—and also keep the doors of imagination open. When creativity flows free, we give the gift of potential future entrepreneurship.

Are We Stifling Creativity?

When I taught 6th-grade, I gave my students free time at the end of the day to work on a project of their choice, but it had to be business-related. At the end of the year, they had to share their business journey—from becoming a start-up, facing challenges, wins, losses while sharing everything that goes along with building a company. Each student had a position within their business, and they all understood their responsibilities. I encouraged everyone who participated in this particular project to define their roles, build their business together, and respect each other’s work.

One of my eager students was responsible for launching a small website for her new company. I spent a considerable amount of time with her going over the requirements for developing and launching a website. She wrote, researched, designed, and came up with a beautiful plan to deliver a website. She ran up to my desk with every new sentence, and every new picture she found. A few weeks into the project, she came to school in tears. She received a call from her co-worker (fellow student) and stated that someone else took over and created her website—someone older who was not participating in the project.

The person who created her website was a parent from her business group.

While I do believe there were no ill intentions, the excitement and passion she had drained out of her eyes. Her moment to create something she loved was gone. We discussed the situation thoroughly, and she created her own new place in the company. She was quickly put back on the payroll.

Our Role As Parents And Teachers

As parents and teachers, it is our place to encourage creativity and teach our children to embrace it. It is our job to lead and guide by example—letting our kids discover, embrace, and change the world around them. It is not our job to take over or interrupt the natural process and love of learning. When we do this to children, it can inhibit the innate connections between kids, lead to a lack of trust, and, most of all—shuts creativity down.

When parents and teachers step in too much, we send a message stating, “You’re not capable, let me do it.”

As adults, we quickly forget the potential and remarkable miracles our children create. We cannot steal this opportunity away from them, as it leads not only to our children’s loss but to our future losses as well. The future of entrepreneurship depends on us. It is our job to guide students. It is not our place to interfere with natural talents, abilities, and creativity that leads to creative genius.

This article originally appeared on Forbes and is featured here with author permission. 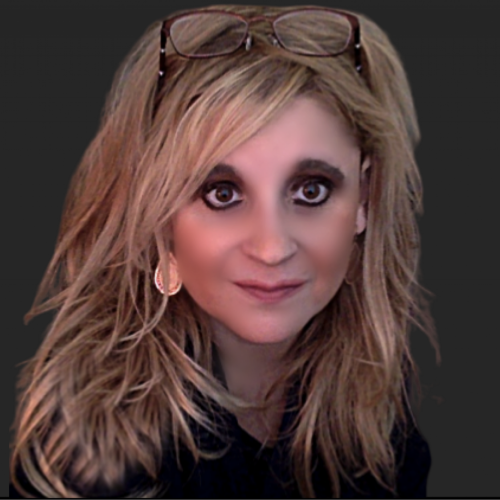 Robyn D. Shulmanhttps://braincentricdesign.com/
Robyn D. Shulman, M.Ed., is a certified K-9, ESL, and Writing Teacher. In 2018, LinkedIn named her the #1 Top Voice in Education. She is a contributing writer for Forbes, where she covers education and entrepreneurship. She is also the Executive Editor at Brain-centric Design. She writes about K-12, college changes, innovation, entrepreneurship, and the innovation we need to have in education. She also shares how learning works on a fundamental level for both children and adults, based on 40 years of neuroscience. Her work highlights the positive changes we can bring in K-12, for college-age students, and within corporate education. Robyn is also the founder of EdNews Daily, an education media outlet and resource that provides education support and information for parents, students, teachers, and school administrators. Robyn has also been part of LinkedIn's advisors since 2013 and was named as "Someone to Follow" in 2016 with the official influencers who use the platform. Before her time writing, she started her career in a 4th-grade classroom, and eventually transitioned into higher education. Entrepreneur, Forbes, Cision's Influencer Blog, The Huffington Post, LinkedIn's Official Blog, The International Educator, Edudemic, Edutopia, We Are Teachers, Reimagine Education, Fox News Chicago, Thrive Global, The Next Web, and more publications have featured her work. Today, she continues to work with students, teachers, and innovators in education, hoping to bring positive change to the entire education system.