Last year, this time, I wrote how the world is not what it used to be.  While of course, I am yet, thank the Lord, another year older, I am, again, another year wiser.

This year I have come to see things a little differently.  With this additional year of knowledge, I have come to learn that while the state of affairs in our society today has changed, the change seems to be moving backward.

Last year I wrote about my biggest problems growing up were listening to my parents argue and skipping school.  This month I didn’t know what to write.  What I mean by that statement is that with the current problems in the news, I felt wrong attempting to write about something happy or silly.  I felt as though I was ignoring the obvious by doing so.

So, this month, I decided to share another portion of my life through a small story.  What’s the difference between this story and all the other stories I share?  Well, I’ll let you figure that out.

One day, coming home from this school, my brother, his friends and I were chased to the train station with chains and baseball bats.  The kids chasing us were Caucasian, and they were shouting for us “N’s” to “go back where we came from.” 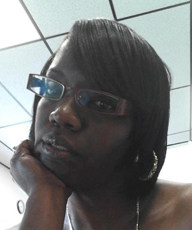 Doretha Yvette Somerville
DORETHA Yvette Somerville is a native of Brooklyn, New York, and she currently resides in Fort Bragg, North Carolina. She is a mother of 5, wife, veteran soldier, Social Worker and full time student attending Fayetteville State University working towards her Master’s degree in Social Work with a concentration in Mental Health and Substance Abuse.

Bring New Energy Into Your Life

What My Kids Taught Me About The True Meaning Of Christmas