“Things Are Not Always What They Seem”

Chatting with a dear friend whom I met after a long time, I was telling him how work has been hectic. I had a free return ticket to Singapore and was just not able to utilise it. I had won this in a scratch card offer that came along with my washing machine.

My friend said, “Oh, so you won it when you bought your washing machine.”

I was smiling now, “Actually I didn’t buy the washing machine. When I got my new car, there was a scratch card offer which turned out to be a free Siemens washing machine.”

You should have seen the look on my friend’s face. Utter disbelief. His next question was, “So did you buy the car, or that was also a free gift with something?”

Well, I actually did not buy the car… It was provided by my company.

Coming back to the car, you can see how special this car felt for me. Yet….

While I was literally being showered with gifts, some of my happiest and even craziest memories were getting created associated with this car. In the very first year this special car met with 4 major accidents, each one more freakier than the previous one.

About a month after getting the car, one day as I was going home from the office, a motorbike coming at high speed zoomed past the red light and hit my car. The impact of the speeding bike was massive and damaged the car badly. Fortunately, it had hit near the front left side door. Me seated near the back left door, and the driver in the front right were both absolutely fine. Not even a scratch on anyone.

A few months later, on a Saturday I had parked the car and went shopping. When I came back, I saw people gathered near my car. A dumper truck had just rammed into my parked car and totally smashed the bonnet and windshield. Thankfully nobody was in the car. I couldn’t what had just happened.

Later that year, two more freaky accidents happened that were even worse. Everyone started saying the car is jinxed. At the face of it, that’s what it felt like. But then…

Looking back, I wonder how come I never felt insecure while driving my car. The reason was that people couldn’t see what I was seeing.

Can we call this car jinxed?

Can we look at it as the protector that always took the impact of everything on itself but never forgot to keep its passengers safe? Whatever danger was headed my way, this car was taking it all and keeping me secure.

Things are really not always what they seem.

I think a number of things were working for me:

Whenever things seem to be going awry, I always remember to remind myself:

I would love to hear some of your experiences. 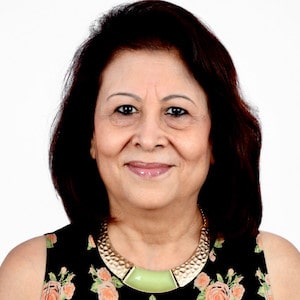 Rita Chadhahttp://www.thefifthelement.org/
“Fifth Element is the imperceptible vital energy that permeates all nature, and creates Alchemy of Mind, Body, and Soul.” Rita founded Fifth Element with the mission of utilising this vital energy for the transformation of suffering and struggle into joy, leadership, success, and prosperity in the professional and personal arena. Rita is a Leadership Coach, Life Coach, and Mentor. She strongly believes that Life does not happen to you, YOU create it. Your Inner World is the main arena of creation, and life situations are merely the projection. She emphasises the need to have a leadership mindset for optimizing your ability to achieve and exceed professional/personal goals. Her intuitive Coaching style is unique with deep listening and the ability to hold the space for her clients that encourages them to be empowered into accountability and collaboration leading to phenomenal growth. Her energetic yet easy demeanour makes people relax and authentically share themselves. Her ability to make herself easily vulnerable in the sessions and her wisdom, empathy, and understanding make it easy for people to dig within and speak their innermost thoughts and deepest stored emotions. The professionalism with which the deeply rooted storage of so many non-progressive past experiences is given a closure helps people in moving forward like a leader. She is high on Integrity and connectedness and loves to experiment with the intriguing and limitless dynamics of the human mind potential. She realises that it is often not comfortable for people to accept some hidden parts and patterns. To make the process easier, she utilises a multidimensional approach. Coaching is an Inside-out transformation where shifts happen inside. Rita simultaneously utilises Feng Shui Consultancy for the living and working premises as an Outside-in transformation. Shifting the energy in their environment becomes instrumental in the transformation of the intrinsic behaviour patterns of the individual/s and shows up as enhanced quality of life experiences, making their journey easier. An additional benefit is that it impacts all the aspects of business and all the people therein. The outcome is extraordinary, sustainable, and results in exponential growth.