I felt the stiffened yoke across my shoulders, shuddering with muscle memory flooding back through time and space.

Not exactly what I’d planned on when I’d worn my newest best dress and nice heels for my 1st day on the new job. Working in publishing, and with relatives who’d been in the trade, I’d grown up thinking I had ink in my blood.

Walking through the heavily carved doors of the non-descript building, I took a deep breath and looked around my surroundings. The initial greeting from the receptionist was pleasant enough, however, my spider-sense began to tingle, and I realized something was off. I’d had enough experience to realize this job wasn’t going to work out. The pit of my stomach began to churn, and I felt my fight or flight responses awakening as a heavy surge of adrenaline coursed through my veins.

My intended supervisor came out and instead of extending a hand in greeting, immediately instructed me to follow. Without turning to meet my gaze, he led me down a long hallway. Instead of turning off toward the pooled work area, he continued straightaway down the hallway, continuing to walk past private offices, a kitchenette area, and so on until exiting the rear of the building.

My initial first-day jitters and nervousness gave way to fear. I began to chafe at the invisible chain pulling me onward. Having exited the building, I found myself fighting to breathe in the suffocating heat and wall of humidity. Dizziness enveloped my head, along with the realization something had gone horribly wrong.

Having a somewhat out-of-body experience, I found myself being meekly led to an outbuilding standing alone in an isolated part of the grounds. My keeper, who in another time and place would be called the overseer, informed me that my 1st task of the day was to clean out the shed. His tone of instruction left no room for questions or discussion. And then he was gone.

The job I believed I had shown up for had seemingly evaporated. Poof… jarring reality forced me to come to terms with my current circumstances.

I am supposed to be Free… that’s at least what it says on paper. But the reality is more complicated. Yes, I’m not enslaved, but I’m not at liberty to come and go without being followed, questioned if there is the faintest suspicion, I may have stolen something or demonstrated some other questionable behavior.

Everything I wanted, dreamed of, and wished for, came crashing down. I am alone. Still, in shock and on autopilot, I begin to settle myself to address the task at hand. Through the open doorway of the shed, the stench of something having rotted and died hits me in the face.

My dress is ruined and will never see another daylight. It will be near impossible to remove the smell. I know I will reflexively gag whenever this scent recurs in my memory files. Then I imagine the blisters on my feet at day’s end from wearing unsensible shoes to perform manual labor.

My parents raised me to never shy away from a day’s work, but this is different.

That’s what finally broke me. I’d been raised to do what I was told – “Don’t make waves,” my parents instilled in me from an early age. “It’s too dangerous to speak out,” I’d been reminded more than I cared to remember. However, this time, I wasn’t ready to suck it up and soldier on. I couldn’t. Falling to my knees in the blistering summer heat, instantly ripping holes in the new hosiery I’d purchased to go along with my dress, all I wanted to do was scream. Inside me burned a white-hot rage waiting to be unleashed. On the outside, my body betrays the anger and trauma. It is weak and only allows for heaving sobs as if my body was disgorging its insides. I don’t know how long I remain like this.

A caramel-colored shell, disoriented by the heat and dehydration, struggled to regain its footing. With the last shreds of my integrity intact, I picked up my purse and walk until I find a sidewalk leading away from my intended prison. Without a word to anyone and with no hesitation, I bake in the heat as I meander along for hours until reaching the sanctuary of my home.

Reaching home, I sink to the floor and soak up the coolness of the marble entryway. Eventually, my body gives in and lets me drink warm tap water. Sometime later, having gained sufficient strength, I strip off my fouled belongings, collecting them in a bag to be thrown away. I want no memories or reminders of the plantation I’d escaped from. 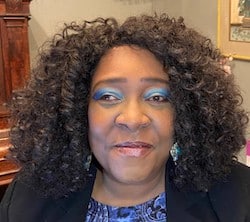 Cheryl Persheyhttps://www.betterteamstrategies.com/
Cheryl Pershey is owner of betterteamstrategies, a boutique B2B consultancy, speaker/presenter (with extensive in-person and virtual experience), group facilitator, and coach.  With her accounting/finance background and more than 25 years’ experience, Cheryl believes workplace culture matters and business organizations must realize people they employ are their most important assets. Her work focuses on transcendent management, development of leaders at all levels, building high-performing teams and cultures to support them. Motivated by her own experience as an “invisible visible”, Cheryl discovered her Traumatic Brain Injury was a gateway – a de facto shortcut to phenomenal healing, transformation, and a foundation for future successes. Rewiring how her brain functions, taught her to think and process life differently, which she now uses to go where others can’t, deciphering clues, identifying blind spots, connecting dots, and creating innovative solutions around workforce dysfunction, disruption, and critical people issues. Apart from her work focus, she previously found time to publish Moonrise 13Moon Digital Magazine. Due to her love of the written word, Cheryl has also authored a number of short stories, poems, essays, and a couple of unpublished manuscripts. Throughout her life, she has also been actively engaged with local organizations focused on domestic violence, mental health, drug rehabilitation/prevention. Cheryl lives in metropolitan Denver, Colorado.