The Way Forward in Healing

My children introduced me to Steven Universe Future recently which on the surface is just a regular cartoon. However, each episode has a common theme of love and healing. Bear with me as I first give you some background on the story, then the episode specifically, and finally extract the lessons we can learn and apply to our current race relations in the United States.

The characters are Gems, Diamonds, and Pearls. The Pearls have been the servants of the Diamonds for centuries. The Diamonds are White, Yellow, Blue, and Pink. White diamond is extremely selfish and everyone fears her. Yellow diamond is very guarded with her emotions, a workaholic and very strict. All of the gems fear her while her pearl adores her and respects her. Blue diamond is very depressed and makes everyone sad when they are around her. Pink diamond, who is no more, was the youngest of the diamonds and had extreme emotions. In private, she was very playful, talkative, and loving even with her pearl which was forbidden. She wanted to colonize a planet and picked Earth. However, she decided against colonizing when she discovered the process included destroying life on the occupied planet.  She fell in love with a human, Steven’s father; and when he was born she died. Or as we say, became “woke”.

Steven was left on Earth with her pearl and his father. In the episodes called “Future”, he is now a teenager and gaining new powers and discovering new and disturbing facts about his mother. Episode 4 is called Volleyball where he meets his mother’s original Pearl. Steven helps gems with his healing powers inherited from his mom. This Pearl, who he nicknames, Volleyball, shows up with a cracked eye which he cannot repair. They travel to a place called the Reef where the “shell” performs extreme repair or overhaul if necessary. But even the Shell cannot help Volleyball due to the injury being psychological and the system isn’t designed for rehabilitation. Even as Volleyball speaks in defense of Pink Diamond who inflicted the trauma upon her with Steven’s Pearl, the scar deepens and almost cracks her completely. Steven becomes very angry and his protective “Pink Steven” powers emerge causing alarms in the “Reef” system. The system is designed to protect Diamonds at all cost. It captures both pearls to protect him since he is a Diamond to return them to their default servant state. The Reef System offers him the option to observe the Pearls being repaired.

He observed them ending their dispute and Volleyball asking,” how did you heal?” Pearl responds that she hasn’t and hugs Volleyball compassionately. You can infer that it’s the Love in her heart that has transformed her mind, psychologically and physiologically. You see Pearl has been living with Steven and his father on Earth for 16 years and has learned to embody love.

The “hug” is a silent understanding and shared healing with the two pearls and they fuse into a giant pearl.

How does this relate to us and our current state of extreme racial tension?

The “Hug” and Steven Aiding the Resistance

What struck me about the scene of the two Pearls hugging:

While being reconditioned into slavery, or in our world put in prison, being beat by police, protesting, circulating petitions, trying to get laws changed, Black people are also doing the “emotional labor” and pushing through. We still apply for jobs that we are denied at corporations founded on the backs of slavery. Our Black men still buy Mercedes Benz to celebrate their success and drive to their homes in “White” neighborhoods and get pulled over on the way to work for driving while Black. No matter how emotionally rattled, he still goes to his corner office and “pulls it together” to be the department head or doctor seeing white patients. Our women suffer in silence with the same “me too” scenarios but even by white women are ignored because “black women are promiscuous and ask for it”. Those are the ones lauded as “resilient”!

In summary, I’m including two songs in the last paragraph, please pause and listen to them:)

Meanwhile, they are embodying the True Kinda Love as best they can. How much stronger and how much further can they go, we go together with the help of our brothers and sisters, (Steven Universe, the Diamonds the Gems, the Reef System) in humanity. When our “woke” people stand with us and we stop the destruction of humankind and the planet as one, we will have peace, love, and [healing] on the Planet Earth. 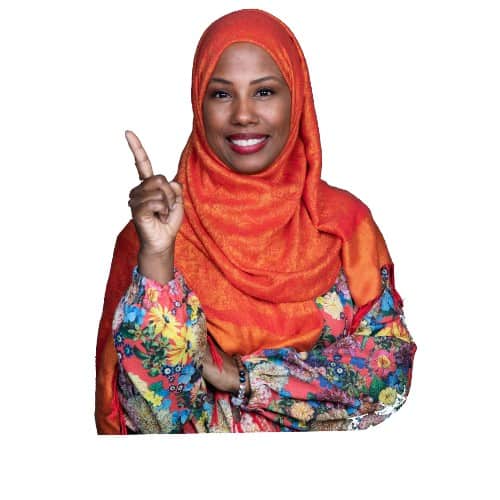 Cordelia Gaffarhttps://www.cordeliagaffar.com/
Cordelia Gaffar is the Emotions Opener Transformation Strategist guiding female wealth strategists with leaning into difficult emotions so they can show up powerfully. After leaving her corporate career as a controller for an IT start-up, she emerged as an author sharing how to self-nurture and began coaching women in her community, deepened her craft with continuing research and study in nutrition, fitness, spiritual practices, and overall emotional wellness. She guides women on the road map to being free to release, restructure, refresh and rebirth with her Replenish Me Program. In 2019, she won the Powerhouse Global Award for Best Podcast Host of 2019 in the UK and Volunteer of the Year by ACHI magazine. As a best-selling co-author of America’s Leading Ladies: who positively impact the world with Oprah Winfrey, Malika Chopra, and several other dynamic women, she will soon release her latest book surrounding case studies and research on emotional mastery. She has also recently been selected Ambassador of Peace by INSPAD and Director for the USA chapter.

Better Understand Ourselves and Others