The Vehicle of the Flesh

“I want my business to be successful…I want a partner…I want to be a shaman… I want a (fill in the blank). I’ll just put it out to the universe!”

Having worked and taught for many years in the fields of shamanism and spirituality, I continue to hear things like this over and over. And okay, I’ll admit that I’d also been guilty of putting things out to the universe too until I learned a little secret.

Often, when I’ve worked with people in these more esoterical areas, they’ll tell me that only things of a spiritual nature are worthy of their consideration. There’s a misconception that since the spiritual realms exist at higher frequencies than those of our heavier corporeal domain, they must certainly be superior. Anything to do with the body, dealing with physical world things, or even having to interact with “regular” people (gasp!) is greeted with great reluctance and a lot of sighing. Yet even after their furious efforts of praying, visualization, or working in certain kinds of ceremonies, the petitioner remains jobless, broke, or alone. So, what went wrong?

One view that is widely held across many different belief systems is that there is much more to us than just our flesh and bones: human beings are a duality.

We are primarily spirits, made in the Creator’s own image. We are also physical beings, skin-covered vehicles which allow our spirit bodies to interact with the physical universe. As you might imagine, this is a very complicated subject which would take up far more space than this blog would allow, so let’s keep things simple. If we acknowledge this duality, then we need to engage both sides, not just the spiritual side. If we want something physical, we must work through our physical medium in order to get it.

Some years ago, I was training with a group of healers in the Pacific Northwest. The group leader–-let’s call him Kevin–was a tall and somewhat portly man in his late forties who had a way of making his students feel really uncomfortable. It wasn’t that he was a jerk, but he had a way of speaking to the person’s spirit and subconscious rather than to their conscious mind. It’s hard to describe, but as you were speaking to him you’d be aware that something deep inside of you was being shaken and rattled.

I can’t recall the details of what we were talking about, but it had to do with something I wanted to manifest in my life. Giving me one of his intense, penetrating looks, he asked me what I’d done so far in order to bring about the changes I sought.

He cut me off before I could go any deeper into my nonsense.

“Oh? Oh, really? You put it out to the universe? Well, that’s just wonderful. And what else did you do?”

His tone was scathing and I suddenly felt like an idiot.

“What else? What do you mean, what else?” Like many others, I truly believed that if I handed things “upstairs” then nothing more would need to be done.

Kevin’s reply changed my life. All these years later, I realize it wasn’t that his tone implied he was disgusted with me, but rather that he was sick of hearing that same phrase over and over.

“If you put something out to the universe, you must then follow it up with some kind of action in order to bring it from the spirit world into the physical world. If you just put it out there, you are only dealing with half the equation. Does that make sense? Think about this for a bit, and I’ll check in with you later.”

It’s been many years since our little chat in that cold meadow, but I’ve seen for myself that what he told me is true. I’ve incorporated this principle of taking dual action with my own students and groups. If you want to manifest something in your life, you must move energy in order to make it happen. Use the spiritual side to imagine what you want; see it, feel it, and put it out there, but then follow it up with physical action.

For example, let’s say you want a life partner. Imagine what that person might look like and how they may act, which traits you want them to have and which ones are not so important to you, and so on. It’s okay to put it out there, but then you must follow up with some kind of action. Open a dating app, hire a matchmaker, engage in an activity that you love, go outside your comfort zone and move around; be social. You get the picture.

Taking action shows the universe that you’re willing to work for your desired outcome, and in doing so everything works together with you to bring it forth. There are no shortcuts.

So, how do you do this? Embrace your duality. Don’t just put things out to the universe and cross your fingers. Add the vehicle of the flesh in to balance the equation and you’ll be able to move mountains. 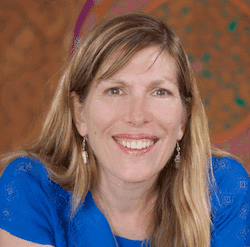 Spiritual Bypassing: Are You Guilty?