“Mummy? Why are you crying?”

It was Christmas and we were watching the performance in the film ‘Nativity!’. Yep. The one where the primary school kids get up on stage and sing ‘Sparkle and Shine’ in the hope that ‘Hollywood’ will be watching. And I was in floods.

My son passed me a tissue. My daughter looked to my son and my husband for reassurance that this wasn’t something she should be worried about.

You see, when I was a kid, I wanted to be on the stage. I loved the adrenalin rush of speaking out to a dim, hushed crowd. The liberation of being able to step into someone else’s shoes, if only for a short time. The time came to decide my route; was it to be drama school or academia? I erred on the side of caution. ‘I can be an actor later, if university doesn’t work out’ – I thought.

How many of us have walked away from a creative endeavour with the false promise that we’ll come back to it later? The longer we leave it, the harder it becomes. Responsibility gets in the way, and before we know it, we’re living sepia lives devoid of colour.

Don’t get me wrong, I wouldn’t change my life and the people in it for the world. I’m pretty sure I wouldn’t have ended up on the red carpet and even if I did, I couldn’t have hacked the fame. But unlived lives have a habit of haunting us. They appear as whispers in the back of our mind. What if? Why not? Or they come out in uncontrolled sobs during a family movie…

Once I made the connection between the crying and the unlived life, I decided to do something about it. I joined a local adult drama class. We’re terrible. Absolutely disastrously terrible. So much so, that for the upcoming production, the audience is likely to be outnumbered by the cast. But who cares? I’m enjoying the freedom of pretending to be someone else for a few hours, before coming back and resuming my role as mum/wife/coach/responsible adult. Funny how pretending to be someone else can make me feel more like myself.

Will I still cry next Christmas when Nativity comes on the TV? Probably. But it doesn’t matter because I’m doing something to address my unlived life whilst retaining full respect for my actual, chosen, real, loved life.

What can you do to address your unlived lives? What might be possible if you remembered what it was like to dream big? 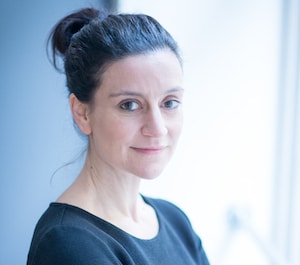 Helen Barneshttps://www.aperturecoaching.co.uk/
Helen Barnes is a qualified Coach & Consultant, with 15 years’ experience in PR and Comms across the creative industries. Problem-solver, diplomat, strategist, and empath, she helps high-achieving creative professionals to navigate the challenges of work, re-evaluate their priorities, and to recalibrate their future so that it is more aligned with their purpose. Helen is passionate about supporting people in positions of responsibility within high-pressure environments; particularly those who are also trying to juggle work with family. Often they feel overwhelmed, alone in their struggles, frustrated, or disempowered. Helen helps them to see the wood for the trees, act on what is within their control and learn to be at peace with what is not.  Life is all about balance, and with the pressures of volatile, unpredictable, complex, and ambiguous workplaces, it’s all too easy to lose sight of what really matters.  Helen helps her clients to identify what’s not working in their lives; to adjust their mindset or to course-correct.  To re-discover their identity, and see their future with fresh eyes. She lives in London with her husband and two children, and writes about values-led leadership, the evolution of workplace culture, personal development, life, and family.