Americans take great pride in their work ethic. However, some people and cities tend to work harder than others. In order to rank the hardest-working cities in America, Kempler Industries recently analyzed data from the U.S. Census Bureau from nearly 200 cities across the U.S. with a population of 150,000 or more. They then ranked each city from hardest working to least based on five key metrics, average commute, average workweek hours, percent of 16-64 workforce population, percent of senior workforce population and percent of unused vacation days. Each metric was graded on a 100-point scale. The full analysis can be seen in the graphic below. 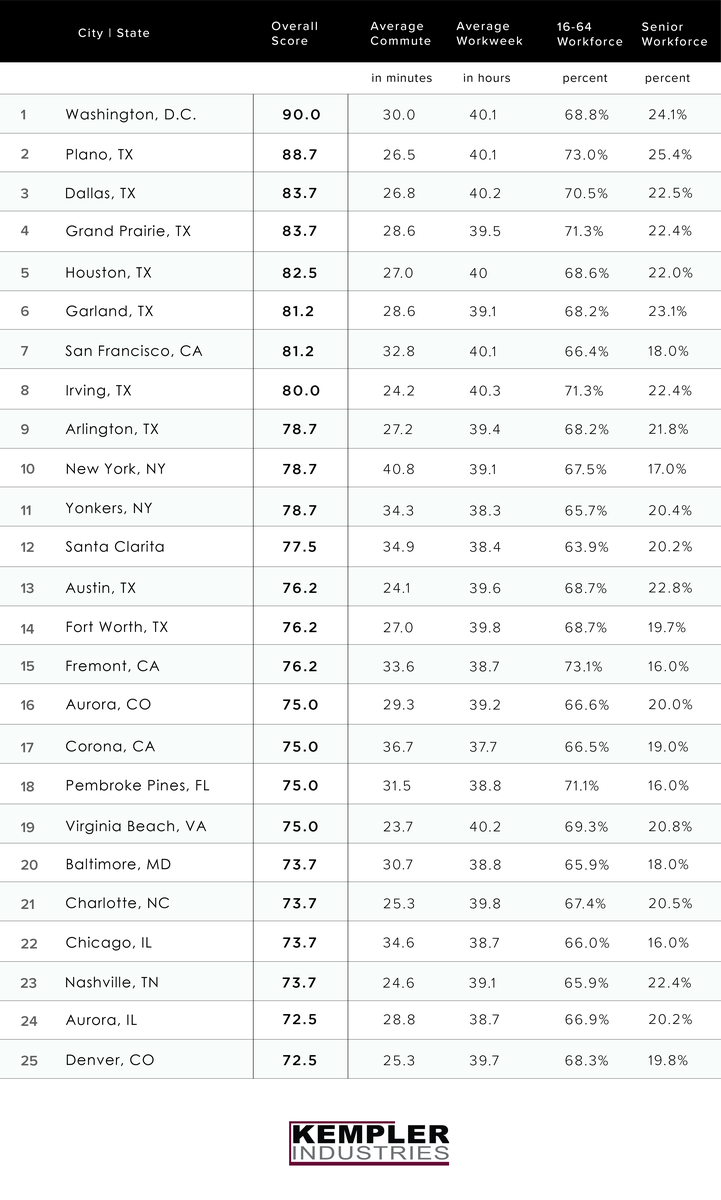 Matt Zajechowskihttp://www.digitalthirdcoast.net/
MATT is passionate about all things search engine optimization (SEO) with a strong focus on link building, local search, social media and content creation and promotion. He takes a great deal of pride in helping our clients obtain more digital visibility. Matt's core career background is link building. Link building constantly forces him to adjust strategies and explore different strategies for different clients. He also has a great deal of interest in social media and how businesses use it to market themselves. It's an emerging trend that he enjoys studying. Matt is always trying to learn more about the ever-changing search industry.

I don’t remember everything about the conversation. After more than twenty-five years, I have mislaid details in that storage area of my brain that...
Read more
SHOWCASE HOMEPAGE

Psychological Safety in a Virtual World

Are you creating Safety or Inviting Risk-Taking? Amy Edmondson uses the analogy of sailing when trying to create the ideal environment of Psychological Safety -...
Read more
@LIFE & CULTURE

When Will Healing Begin and Killing End?

How striking that at the protest of the killing of one black man, George Floyd, another one is killed, Calvin Horton, Jr? What happened...
Read more
@BizEthics | Sustainability

Humanity’s next state is rising above ourselves for the sake of our common unity. ~Anonymous Being human is given. But keeping our humanity is a choice....
Read more
@LIFE & CULTURE

We complete our wonderful and strange adventure into the world of populist politics with a look at creativity applied to political campaigning.  Please refer to...
Read more
@HEALTH & WELLBEING

Wound Care in the Age of Coronavirus

As we get used to the new normal, that also means shifting the business of healthcare to meet needs under dire circumstances. New medical...
Read more

The Influence of Those Around Me

Mike Vacanti
Where is that coming from? That noise? Those thoughts? This feeling? It seems louder, constant; feels unsettling. I wish they would stop it. Somebody...

How to Improve Relationships in Our New Normal

How to Master the Art of Listening to Build Business Relationships

A Shared Opportunity is Upon Us

The Singer – Not The Song

My Experience in Italy During COVID-19