Following is a chapter in my forthcoming non-fiction book That Think You Do. The book is based on a series of blog posts I wrote back in the mid-to-late-2000s for a California-based company. The editor at my new publishing house found the posts and thought they would make an excellent series of books. The posts/chapters are based on my research in a variety of fields – neuroscience, anthropology, sociology, psychology, linguistics, … – and were quite popular in their day.
____________________


A fascinating piece of social research has made it to my desk. It deals with males’ success rate with females in typical mating situations.

To readers outside of social anthropology, this means “What can guys do to make sure girls notice them in bars, at clubs, in the mall, in the hall, in the cafeteria, at the dance, …?”

The research points out one of those things that’s obvious. So obvious, one might ask, “Somebody had to do research on this?” Well, yes. Because when you think about it, it’s not what most guys do in typical mating situations and that’s probably why few males have the kind of success they want.

Be a little different from your mates, your buddies, your pals, whatever you want to call them, when you go out as a group. Or if you’re not going out as a group, be a little different than most other guys when you go out where other males will be. For example, wear flashy suspenders with bright accessories or otherwise drab, run-of-the-mill clothing. Or a different kind of hat. Or a clown nose. The trick is to get women to look, even for a second because that one second puts you one second ahead of the…umm…competition.

Women may not flock to you and they will, generally, be more receptive should you approach them.

It turns out that women of all ages cue to the different in mating situations. Neuroscience uses the term “difference sorters” for this and it means that, given one-hundred things that are all the same and only one thing among those hundred that are different, females as a group will devote attention to the one different thing before they’ll pay attention to any one of the one-hundred similar things. Evolution has designed them to look for the one perfect jaw and good teeth (for example) among all the other jaws and teeth because that one perfect jaw and good teeth meant a good hunter, good provider, and better genetic material for her offspring (than the hundred other fellows with common jaws and teeth), meaning her genes had a better than average chance of survival, too. Those evolutionary factors are still hard at work even though the pampas or forest or mountains have been replaced by malls, dance halls, cafeterias, offices, and so on.

And guys, in case you haven’t figured it out yet, being interesting works really well when it comes to attracting females. Nice cars, big bankroll, great job, expensive clothes, great bling, these are all good things too, no question about it.

Of course, they’re good because they’re interesting. Especially when your competition doesn’t have them. Such things make you…umm…different.

Here’s What You Can’t Do

Different is nice and it has to be different within certain boundaries. You can’t land your hovercraft in the company parking lot and expect to get the kind of attention you want. You’ll get attention, I’m sure, simply not the kind you want from females you’d want interested in you.

You can’t wear gold like Mr. T in his heyday if you’re going to a friend’s moving party.

Be different, yes, but be different within the setting’s limits. Stand out enough to be seen, not stared at.

I would appreciate both your comments below and hearing from you as I am seeking testimonials, endorsements, reviews, back cover copy, etc., to help promote my book following release. Please reach out to me directly if you’re interested in receiving an Advance Readers’ Copy. 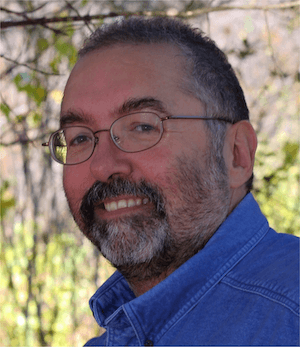 Change (which is Constant) and Managing the Work-Life Balance

Taking Back Your Life – Part 1