The Secrets Of High Performers: Four Ways Leaders Can Get More Done

Executives from three different organizations recently shared with me their frustrations about interruptions, distractions, and not having enough checkmarks on their to-do lists at the end of the week. These executives are smart, strong leaders who successfully juggle more than most people, so their discontent about their time use got my attention.

Each shared they have a morning routine at home that sets their mindset up for the day. Excellent! (That’s a no-brainer, so if you don’t have that figured out yet, get on it.) They arrive at their respective organizations with time to review the day’s schedule and task list, which are prepared at the end of the previous day. They make it to their first meeting on time, and the day starts well.

After that, however, most days get thrown off. They shared a variety of reasons. One leader said her plan for the day gets ruined most often by others who need immediate attention. Another said his plan gets taken over by tasks that suddenly become urgent. The third said his day is thwarted most often by coworkers who need his advice.

These leaders needed more than basic time management. Here is the four-part advice I gave:

1. You need systems for meetings. This includes agendas and timekeeping, routine projects like monthly progress reports, staff meetings, client reviews, and giving feedback on drafts of documents. Who does what, how much context is needed, and how many times is the same document revisited? There may be more, but in brief meetings, these are the ideas discussed. The key is to create systems so steps do not have to be remembered by you or anyone else. Systems also help others understand expectations.

2. Use updated time management tools well. The key word is “use!” Keep your tools and systems as simple as possible, and do not employ tools that repeat each other. Some tools the three executives needed included:

• A notebook to write their ideas and commitments throughout each day. I prefer to take notes by hand for the memory aid and for ease of viewing later, but I use my phone when a smaller device would serve the situation better than a notebook on the table.

• A calendar app that enables tracking meetings, reminders, easy access to location mapping, and some note-taking. Use the app to block time for your commitments when you make them.

• A tool to track and build relationships effectively and efficiently. Perhaps your organization invests in a full CRM system. Otherwise, you can use an Excel spreadsheet.

• Planner tools. Discern your core values and personal foundation, have a vision for your life, write annual goals, weekly goals, and track your performance. Without discernment and accountability, it’s like crossing your fingers with hope that a good life will come along.

• Set clear goals using the above systems and tools.

• Remove barriers to your goals by anticipating obstacles, setting realistic deadlines, delegating, taking notes, and reviewing notes at the end of each day.

• Extend grace when things don’t go according to plan. High performers don’t wallow. They learn from miscues to prevent repeats, then they move on. Low performers give up on systems and tools the first time they do not work out. Resist that temptation and figure out how to improve instead.

4. Establish boundaries for your time, and let others know what to expect. If you are interrupted by someone who insists you handle the latest issue immediately, that person now controls your time. Obviously, that happens periodically in everyone’s role. If it happens often with the same person, it may be a job issue rather than a real emergency. Perhaps clarification of job responsibilities would be in order. Perhaps clear boundaries about what demands the CEO’s immediate attention should be discussed.

One example is a CEO who is very empathetic of his employees because they joined him in the earliest days of the company. Now, he spends hours each day listening to personal issues and serving as a psychologist and marriage counselor to two people. He is starting to resent them and feels they are taking advantage of his open-door policy. One of the two tells him about personal and mental health problems to the point the CEO would feel guilty firing the person, although the person has not been doing their job well for over a year. The CEO said he performs some of that person’s job just so he does not have to fire them. He covers for the person rather than having the tough conversation. His effort comes from love but is not honoring the colleague.

High performers tend to have systems, tools, discipline, and boundaries. The secret to high performance is they review those four regularly. When one does not work, they get a new one. When the meeting planning starts slacking off, for example, they identify current challenges to the system, revise it, and execute it a new way. They don’t just give up altogether like most people. High performers persevere and keep going.

It takes mental fortitude and courage to change habits, especially when they involve other people. When you do it, though, it will be worth it. Stick with your plan with joy, and you can do a happy dance when you add another checkmark at the end of the day.

This article originally appeared on Forbes and is featured here with author permission. 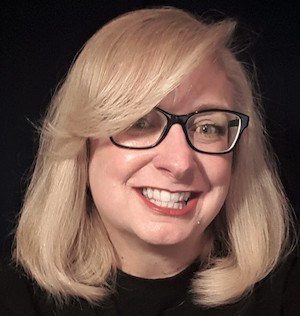 Kelly Byrneshttps://voyagecg.com/
Kelly Byrnes is Founder and CEO of Voyage Consulting Group where she equips organizations to thrive through purposeful leadership and culture. A sought-after leadership expert, Kelly also serves as an adjunct MBA professor, executive MBA coach, contributor to Forbes.com, best-selling author, and award-winning national speaker. Her thirty-year career includes leading on three executive teams and working across operations, marketing, strategic planning, and Human Resources. Kelly has had the privilege to coach and consult with leading companies including Honeywell, Bayer Animal Health, Chrysler, Schlage, Smith Barney, and Bank of America among many others. Kelly holds an MBA, BA, Harvard Business School’s Certification for Strategic Disruption, and HR-related SHRM-SCP and SPHR designations. On a personal note, Kelly is married to Bob, an Air Force veteran, and retired fire captain. They live in Kansas City, MO with their dog, Bebe. They enjoy spending time with their daughter in Montana, gathering with family in Kansas City and Pittsburgh, and cheering for Notre Dame football, Pittsburgh Penguins hockey, and Kansas City’s Royals and Chiefs. Kelly’s volunteer activities center around her parish, education, children, women, and dogs.