Ask any entrepreneur, and he or she will tell you that none of the obstacles such as getting the idea for the business, or finding the guts to quit their jobs, or working crazy hours to get their startup off the ground is a big enough problem to scare them off. Every startup promoter will tell you that the one thing that has given them sleepless nights as they began their entrepreneurial journey is the lack of funds. No business can run just on bright ideas and continued enthusiasm; it requires a substantial amount of money. That is true for all companies and not just the new ones. However, since startups do not begin generating steady revenue immediately, external funding is required at least in the initial months. That is why startup owners look high and low for investors to fund their venture.

If you too have an idea for a startup and have estimated the initial costs of operations, but you are not sure of where to look for investors for your venture, you can go through this list below to find some answers. We are going to explore some of the tried and tested methods of finding capital for startups.

Though most entrepreneurs look for an external source of funds for financing their business plan, there are those who like to invest their own money. If you have faith in your idea and confidence in your abilities, you may consider using up some of the money that you have put away over the years, dreaming about starting something of your own someday. If it sounds like something you may want to do, you may consider bootstrapping your idea.

Bootstrapping refers to the starting of a new venture without any external funding but relying only on your own resources and the revenue generated by the company. Although this would require you to operate on a shoestring budget and be very careful with your finances initially, you would get to enjoy two primary advantages. The first is that you will not have to share company stakes with an investor, and the second is that you will not have to pay interest on a loan that you availed particularly for financing your venture.

If borrowing is the only option for you, consider reaching out to close friends and family members for help. They are your well-wishers and would most likely believe in your idea and your competence. You would not need to make an elaborate presentation or calculate valuations to convince them, and you can repay their money at your own pace (unless they prefer a stake in your fledgling company). On a serious note, though, it is a good idea to accept help gratefully, but you need to be clear about the terms and conditions too. Are they giving you the money as a gift, or a loan or in exchange for a stake in your company? Being clear about the terms and intentions will help avoid conflict in the future.

If your startup has survived beyond the initial phase and is seeing some revenue generation, you can pitch your idea to a venture capitalist for funding. They usually deal with big numbers and have more stringent qualifying criteria. They also have a horizon of three to five years within which they seek to recover their funds. You will have to give up some part of your control over your company in return for their funding, and take some of their advice regarding how to run your business.

Unlike venture capitals, which are professionally managed enterprises, angel investors are usually individuals who have investable funds that they use to encourage startups with a sound business plan. They are even willing to fund companies that are in their early stages. On the other hand, angel investors cannot offer the high amount that venture capitalists can.

These are excellent places to not only hunt for funds but also to avail additional help such as mentoring, networking with other entrepreneurs and availing office and workspaces. Every country has such incubators, and most governments are now actively promoting such facilities with logistics and monetary support.

Although startups usually go for funding from non-traditional sources outside the mainstream financial community, most banks today recognize the unique needs of startups and have designed loans just for them. Since startups might not have a credit score or even a balance sheet, to begin with, banks have devised other ways of assessing the loan requirements and eligibility for startups.

If a startup does not qualify for a traditional bank loan, it could also reach out to nonbanking financial corporations that do not have bank licenses but are authorized to provide all financial services. Some microfinance providers might be willing to provide funding to you. We spoke to some experts who said that this is one of the most underrated and underexplored ways of financing business ideas.

You can put the details of your idea, your company, revenue plans and what the startup hopes to achieve on a public forum like a website, and then ask for funding. The contributions from individual people who believe in your idea would be much smaller, but if you can arouse the interest of a large number of people, your funding worries can be easily taken care of. It might not sound like such a foolproof plan to raise funds, but there are several Crowdfunding success stories that you may find inspirational.

There are several enterprises or organizations which run competitions for startups with one of the prizes being a possible round (or two) of funding. There would not be any free lunches here, and the company or groups hosting these competitions would want some part of your pie if you are one of the winners, but if that gives you a chance to get funding, what is the harm?

As you would have seen from the ideas above, getting funding for your startup might be difficult, but it is not impossible, and with the right effort at the right place, you can overcome the most significant roadblock that your startup may face. 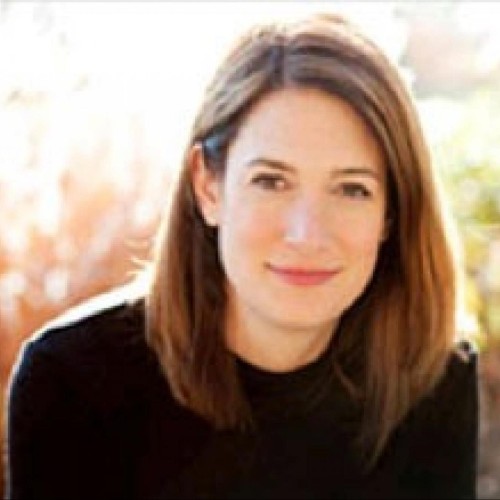 Marina Thomashttps://www.nationaldebtrelief.com/debt-consolidation/
MARINA is a marketing and communication expert. She also serves as content developer with many years of experience. She helps clients in long term wealth plans. She has previously covered an extensive range of topics in her posts, including business debt consolidation and start-ups.