The Science Of Opioid Drug Abuse

Workplace addiction is common in every industry. 70% of the 14.8 million employed Americans abuse an illegal drug. People have their reasons for taking drugs and they can stem from stress, anxiety, chronic pain, or other factors that cause distress.

People who abuse drugs will likely see an increase in their productivity and the quality of their work, at least at first. This is because many substances target the area of the brain known as the limbic system,  more commonly known as the reward system. Drugs might act as neurotransmitters or increase the levels of dopamine in the body, which could increase one’s motivation and drive individuals to do what they do.

After receiving praise for their short-term accomplishments, drug-using individuals might feel as if taking these drugs is a solution to their work responsibilities. This belief can create a crutch for the user, leading to dependency on the drugs. This is innate for the human mind, as the brain is hardwired to repeat events that produce pleasure or reward.

Over time, an addiction can form.

To understand how addictions develop, it is important to remember that drugs often mimic substances already found in the human body. The brain naturally produces opioid-like chemicals which link to mu opioid receptors on the surface of neurons (nerve cells). This can activate an enzyme that converts adenosine triphosphate, or ATP, to cyclic adenosine monophosphate, also known as cyclic AMP or cAMP.

Opioids are drugs such as heroin, morphine, codeine, fentanyl, and other drugs that can relieve pain. If abused, opioids can make their users feel high. ATP provides an energy source for metabolic function.

Cyclic AMP (cAMP) acts as a messenger and sends out noradrenaline (also known as noradrenaline, norepinephrine, NA, or NE) to other areas of the brain. Noradrenaline is a hormone that controls wakefulness, muscle tone, respiration, blood pressure, and other bodily functions.

Prior to drug abuse, the body naturally produces enough noradrenaline to maintain levels of alertness, muscle tone, and respiration. When opioids link to opioid receptors, the process blocks the enzyme that converts ATP to cAMP. The body thus produces lower levels of noradrenaline, which could lower heart rates, cause drowsiness, and produce other dangerous symptoms.

Repeated opioid exposure affects the levels of enzymes and ATP in the brain. The brain then becomes accustomed to the levels of opioids, which can ultimately increase the users’ tolerance to the drugs and encourage them to consume more.

If users cannot obtain opioids, their brains might return to normal efficiency but still contain enhanced levels of cyclic AMP (cAMP). This excess amount of cyclic AMP could lead to the distribution of more noradrenaline to the limbic system and other areas of the brain.

If users stop using opioids, they could end this chemical redistribution and withdrawal could occur. Withdrawal might produce various symptoms, such as

Addiction thus occurs when the brain’s natural reward system promotes continued drug use because it feels good or produces other seemingly positive effects. Continued exposure to opioids and other substances can lead to dependence and daily drug use in order to avoid withdrawal symptoms. Prolonged opioid use produces longer-lasting changes in the brain that could fuel compulsive drug-seeking habits.

People who have developed opioid addictions have a myriad of ways to rid themselves of dependency. They might consider using assisted methods such as executive recovery tailored to treat busy working people.

Regardless of one’s situation, drug use is common in the workplace. Many Americans abuse drugs for their own reasons. Without a proper understanding of how drugs affect people, it can ultimately lead to harmful drug-using habits. If you know of someone who shows systems of abuse or who are addicted, finding them a treatment center for rehab is crucial.

There are, however, ways to research drugs and substance abuse. The Internet has a number of sites that provide valuable information about various substances. The web can also help people find different ways to treat substance abuse. Some of these methods even allow people to work while they receive help. Such assistance can help people thrive in the workplace and in life. 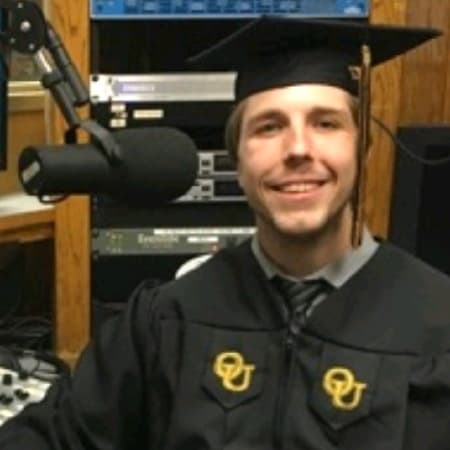 Dave Bugghttps://dpbugg.wordpress.com/
THROUGHOUT my time spent in academia, I have found a passion for writing about new phenomena. I have written on a myriad of topics such as addiction, music, dance, martial arts and western culture.