The Science Behind the 5th Dimension of Consciousness

If you are interested in spirituality or human evolution, you might have heard that all the galaxy is ascending to the fifth dimension of consciousness, a higher level of the human experience and a different way to experience existence itself.

The 5th dimension is often described metaphysically as the plane of unconditional love, manifestation, heaven for some, the unity of the mind and the heart, the dimension where we are all one and whole.  I understand that might be difficult to grasp for analytical people and it might sound a little too “woo-woo” for the non-believers but there are actually scientific theories behind it. Theories that have been taken as truths and reshuffled to create the principles of 5d consciousness.

In the beginning it was Einstein and the theory of relativity

With the theory of relativity, Einstein simply tried to prove that absolute frames of reference do not exist in space because 1. an entity’s velocity is only measurable if compared to something else and 2. the speed of light is a constant regardless of the speed of the person who measures it. To prove his point, Einstein had to introduce the concept of the 4th dimension (space-time) and express this theory in the mathematical equation E= MC2.

The existence of a fourth dimension, opened up the doors, 100 years later, to many others. Still to this date, scientists do not agree in the actual number of dimensions that actually exist, some of them say 6, some others say 10, some more say “into infinity”.

Now, Quantum physics is not exactly my speciality but I will try to make it as simple as possible, for the sake of my own understanding as well.

The first attempt to incorporate the fifth dimension tying it up to the concept of electromagnetism was made by Einstein himself and his assistants Valentine Bargmann and Peter Bergmann who were really determined to find another dimension to justify the existence of the fourth one. In his theory of relativity, he basically suggested that space-time can bend and this distortion is perceived by large objects like Earth as gravity (so, does it actually mean that gravity is an illusion?!?). He also introduced the concept of gravitational waves, which are basically ripples in space and time created by violent energetic processes in the Universe travelling at the speed of light, which was proved and confirmed in 2015.

So, what is the 5th dimension?

“It is a dimension unseen by humans where the forces of gravity and electromagnetism unite to create a simple but graceful theory of the fundamental forces.”

It is a space human beings cannot see, with a different perception of space but identically multidimensional in “time” and compact.

Difficult to imagine with the human brain and this is exactly why the shift into 5d consciousness has become the core of the “spiritual” movement” (and pop culture: listen to 𝐓𝐡𝐞 𝟓𝐭𝐡 𝐃𝐢𝐦𝐞𝐧𝐬𝐢𝐨𝐧 | 𝐀𝐐𝐔𝐀𝐑𝐈𝐔𝐒 ♒︎ 𝐋𝐞𝐭 𝐓𝐡𝐞 𝐒𝐮𝐧𝐬𝐡𝐢𝐧𝐞 𝐈𝐧) which sits right in between what science has been trying to prove as absolute truth in the last century and the natural evolution in human consciousness and of the galaxy.

What are the core teachings of the quantum mechanics that we take with us to “upgrade” in 5d consciousness from the inside out as higher beings? 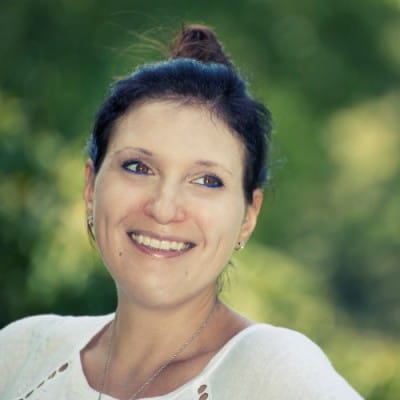 Paola Borresciohttps://paolaborrescio.com/
My name is Paola. I am a Certified Coach, Hypnotherapy Practitioner and Past Lives & Afterlife Regressionist committed to helping as many souls as possible to step up and find their true self and purpose. From the moment we come to this world as human beings, we are given beliefs, rules, and responsibilities to keep us living in a 3rd-dimensional state: we work, we pay the bills and we die. Higher Consciousness and Abundance though are our natural vibrations, our soul mission and life purpose are the reasons why we are here on Earth at this point in time, our natural talents and skills define who we are in our soul journey. I help people in the awakening and ascension process in remembering who they are, removing 3rd-dimensional blockages, limiting beliefs and fears, connecting with their Higher Self and the Universe, going within, finding their purpose, and creating the higher dimensional life they truly deserve. A journey of evolution that brings wholeness, oneness, and unity from the inside out.