The Safety of the “Disneyland Dad”

​Note: While the statistics show that males perpetrate violence towards females at a much higher rate, women can also perpetrate domestic violence.

While our family court systems say their decisions are based on the best interests of the children, the evidence proves otherwise.  Research suggests that in an estimated 30 to 60 percent of the families where domestic violence is identified, some form of co-occurring child maltreatment is also present (Children’s Hospital of Philadelphia Center for Injury Research and Prevention).

One North American study found that children who were exposed to domestic violence were 15 times more likely to be physically and/or sexually abused than the national average (Volpe, 1996). And yet, domestic violence is not a major factor in determining who has access to unsupervised time with the children.  I have several clients who have shared that attorneys have told them NOT to say anything about their experiences of domestic violence during family court proceedings as there are typically WORSE outcomes regarding parenting time and decision-making for those who report the violence they have experienced. And as I talk with other professionals working with victims of domestic violence, this is not a small issue that is isolated to my community.  Talking about domestic violence is considered the “kiss of death” by many family court attorneys.
____________________
So, victims hold their tongues and get joint custody and decision-making with their abusive ex-partner.  They are fearful for their children’s safety every time they go to spend their court-ordered time with the other parent.  Many times they are not given a way to contact their children during the other parent’s parenting time, even when there is a court order that says otherwise.  And so, the abuse continues.

What I have found after working with many adult and child survivors of domestic violence is that there are some ways to minimize the risks and allow children to feel a bit safer and have a good time while visiting the abusive parent.

Thus, the importance of the “Disneyland Dad.”  As said before, by using this term, I do not believe that all perpetrators of domestic violence and child abuse are men.  The term, “Disneyland Dad” is a well-known term that brings up many feelings for people on all sides of the equation.  It usually has a negative connotation, meaning that it is a parent that does not participate in the tough aspects of the job and only show up for the fun.  In fact, there is actually a legal definition of “Disneyland Dad:”

“a non-custodial parent who indulges his or her child with gifts and good times during visitation and leaves most or all disciplinary responsibilities to the other parent”Davis, K. www.dadsdivorce.com

This definition brings up a negative belief and anger towards this kind of parent.  However, what if I told you that this can be a saving grace and protective factor for a child forced into visitation with an abusive parent/ex-partner?  Would you believe me?  Think I am doing a disservice to these children, allowing one parent to take on this fun role while the other does all the other parenting?  Hear me out.

Oftentimes, perpetrators of domestic violence have narcissistic qualities.  Not all would meet the criteria of Narcissistic Personality Disorder as some may believe, but I would say all probably exhibit these qualities.  What allows someone with these qualities to feel good and lessen their need to exert power and control?  Having their ego stroked is a one way.  When this parent is allowed to spend all of their time with their children doing fun things i.e. going to Disneyland or providing their children with gifts, they will inevitably hear, “That was so fun, “ or “I can’t wait to see you next time,” or “I love you so much.”  All of those feel pretty good.  And it gets even better.  These kiddos will go home to the other parent and tell them how awesome their time was and share all the amazing gifts that were bought.  It may get shoved in that parent’s face covertly or overtly that the perpetrator parent can afford all these amazing things that the other parent cannot.  That provides an even greater boost to the ego of someone who is abusive.

Wow.  Are you having a visceral reaction?  Like you want to go throw up in the nearest trash can?

But…if you are worried about your child’s safety, you may need to stomach this experience.  If your abusive ex-partner’s supply is pretty full, you will have a little less to worry about regarding safety.

If, on the other hand, the abusive ex-partner is responsible for getting homework done, keeping rooms cleaned, or getting teeth brushed, the experience may look and feel much different.  Once the child is no longer a complacent object and has some negative feels or says, “No,” then that narcissistic supply runs out quickly.  The child stops saying things like, “Thank you so much.  This is awesome.”  What kiddo wants to be reminded to brush their teeth a thousand times?  None.  And then the power and control behaviors over the child may begin.  The child will feel less safe in the process, especially if they have seen or heard the abuse done to their other parent.  Children are intuitive little creatures.  They know when they are not safe.

Is this the only option?  Are you saying it is better and fair for the abusive parent to get a free pass and not have to do the tough aspects of parenting?  Not at all.  It is frustrating to even feel the need to write this article.  What needs to happen is that the entire legal system needs an education and belief overhaul about what is or is not in a child’s best interest.  An overhaul of how domestic violence is seen and treated.  There is so much more to be done.  But, if you are in the situation where your ex-partner is taking on the “Disneyland Dad” role, or could be taking on that role, it may be something to think about. 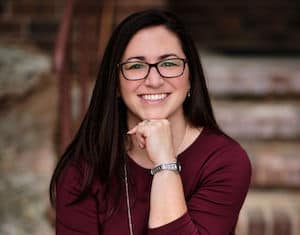 Sybil Cumminhttps://www.risingbeyondpc.com/
I am a Licensed Professional Counselor who has specialized in working with victims and survivors of narcissistic abuse and domestic violence for the last decade, including the child victims in these families. Trained as a child and family therapist, I did not initially have any idea that I would be working with this population and wanted to focus on working with kids. Just kids. In every work environment I found myself working in, a hospital setting, an agency contracted with child protective services, and then in private practice, I ran into families affected by domestic violence and narcissistic abuse over and over again. My goal is to close the gaps in support for victims and survivors by training other mental health professionals and have recently created a community for survivors. When I am not being a squeaky wheel, sharing my passion for supporting this population, you can find me trying to wrangle up my two boys, beating up a bag in kickboxing, watching Harry Potter, or meeting up with family and friends.

An Inverse Relationship: Shame and Self-forgiveness