I was born in England and, by the age of 6, thought of myself as being a proud Englishman, proud of the British Empire and proud of its history but blissfully unaware that in the last ten generations my ancestors had lived in thirty and more countries.

EDITOR’S NOTE: SEE PARTS 5 AND PRIOR BELOW ⤵︎

I would have been very dismayed to learn that a long time ago this wonderful England of mine had decided to expel all  the country’s Jewry having first confiscated almost all of their possessions and for centuries afterwards Jewry had been  banned from living within its borders. 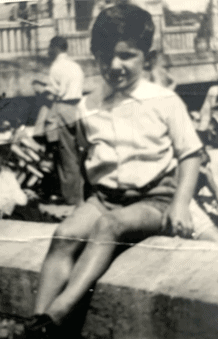 England was not alone in its treatment of Jews. There are so many other  lands  where Jewry, usually in response to a positive invitation, made an ENTRANCE  unfortunately to be followed eventually and inevitably  by a compulsory  EXIT motivated by antisemitism.

In England their first meaningful ENTRANCE was in  1066, in the company of William the Conqueror who claimed he had been positively invited in by Edward the Confessor.  Be that as it may, the Anglo-Saxon population did not exactly put out the welcome mat for him or his entourage which included the ancestors of the first significant community of Jews  to live in England

Eventually, in the longer term, the descendents of the Norman invaders would merge with the  Anglo-Saxons and become one nation. No such happy end to the story for the Jews of England. During William’s lifetime they were his “personal subjects” and under Norman law  permitted to rule themselves, but ultimately in reality they were  subjects of his whims and fancies. You might reasonably assume all this to be nothing but ancient history. Not so ! In a legal case in the 19th century the court decided that the estate of a deceased Jew in my family tree should be applied in accordance with Jewish law and not English law. The reason: under Norman law Jews ruled themselves under their own laws and this still applied 750 years and more after the invasion.

After William’s death Jews continued,  in a similar vein,  to be the personal subjects of each succeeding ruler until that fateful day of 18th July  in the year 1290 when Edward l required  that all Jewry EXIT  England.

This was an abrupt ending to a stay in England lasting 234 years during which time, despite suffering virulent antisemitism at the hands of the rest of England’s population,  Jewry was still able to contribute in a major way to the development and expansion of  the country’s  commercial  activities. Unsurprisingly, as a reward for their contribution to the economy, some successful Jewish entrepreneurs, relatively few in number, became “wealthy and powerful”. They may be high earners but, being personal subjects, the King could at any time choose to take much of their income as taxes for his personal benefit. They may be wealthy but the King could simply decide to confiscate their wealth. Their power was in reality only over their fellow Jews.

Even that somewhat illusory wealth and power came with a curse. They became objects of envy the unscrupulous were able to use to stoke up antisemitism against all Jews whether rich or poor. Their every move would be scrutinized for behaviour which could lead to their financial ruin and possibly death if it were to be reported to the monarch. If none emerged then a fictitious event  might be invented to be used to try to achieve the same end .  Frequently the wealthy were blackmailed to pay to avoid an adverse report going to the ruler . Their rise and fall could be short and not so sweet.

A Jew might be permitted by the King to make loans. However the interest  would be “taxed” for the  King’s benefit  and on death the King  would expect to inherit all outstanding loans. Pierce the veil and, in reality, money lending was being  undertaken mainly for the King’s benefit -witness the sad story of the  destruction of the first Clifford Tower in York.

Around the time of his coronation a fake rumour was circulating that  Richard I had ordered a massacre of Jews. A chain of events was set in motion. In 1190 around  150 Jews were accommodated in Clifford Tower in 1190 in a forlorn attempt to protect them from a mob of Crusaders and others demonstrating outside and demanding their conversion or death. Matters became so desperate that many of families  decided to commit collective suicide whilst the wooden edifice of the Tower was being torched. The remainder either  were burnt to death or murdered. The detestable  nobles amongst the mob, having achieved their first goal, then made their way to  nearby York Cathedral to destroy the loan  record books  kept there for the benefit of the  King. Consequently the King was unable to collect, for his benefit, any outstanding borrowings owed to  any of the  deceased they had just caused to perish. A victory for the truly evil !

Alongside the 1290 expulsion , Edward l confiscated, for his benefit, all  the assets of the unfortunate Jews. They were left to create a new life for themselves  in foreign parts without resources. Agreement to their banishment and ruin was just an incidental  part of a deal William had reached with his antisemitic nobles. The impoverished Jews  left England in the main  to ENTER France and Holland to try and create new lives there . Only after the passage of 356 years would Jews be officially allowed to live once again  in England and my family would play a part in that return. Six year old Clive would have been proud if he had known his ancestors were amongst the first returnees. But is there anything now the somewhat older Clive can  learn from that first period of Jewish life in England?

Viewed as a person of today everyday life throughout those years appears saturated with racism and not only of the antisemitic variety –  as I shall shortly relate . On the memorial to Edward l, to be found near the Solway Firth, who presided over the expulsion he is described in Latin as being  “England’s Greatest King”. The antisemitic population of the time approved of the expulsion and probably considered it  one of many  great achievements  of their monarch. The question could be posed is whether or not it is right for a memorial to a person such as him should still remain on display.

Were I able to peer into the minds of the English so long ago and fully understood why they were anti-semitic,  would much  of  relevance to today’s life emerge ? Surely the deaths of 6 million Jews in the Holocaust last century  alone hardened the resolve of the  people of the world sufficiently to ensure that an event such as that could  never happen again? It was with this frame of mind that  I came to form the view that the decisions  to erect memorials to antisemitic Kings, Queens and nobles are themselves part of history evidencing the way people saw the world in times past and that, perhaps, I should  not find them offensive in themselves .

Memorials to anti-semites of the past and memorabilia of far too many anti-Semitic events should remain on display – a reminder that the Holocaust was the culmination of a millennium of rampant antisemitism from which nothing had yet  been learnt.  Should it be a concern that people of those years viewed as heroes people who committed these atrocities? Surely it only matters how people alive today  view those “heroes”.  I thought this was a reasonable conclusion and that thought process came to an end, but only until Richard l returned to my conscious mind.