The Quest for Truth – Philosophy

Philosophy, in its simplest form, is a pursuit of Truth, but how do we pursue Truth living in an ever-changing society.

What is Truth? Why Truth? Whose Truth? How to pursue? Let’s explore…

Truth, (in Metaphysics) the property of sentences, assertions, beliefs, thoughts, or propositions that are said, in ordinary discourse, to agree with the facts or to state what is the case.

An objective Truth is absolute regardless of our opinion, perception or understanding. Truthfulness of it lies on the “object” itself and not the “subject” (observer).

However, a subjective truth, is relative; here truthfulness lies on the “subject” or observer; (one’s perception).

“There are no facts, only interpretations.” ― Friedrich Nietzsche

Now, let us dwell upon subjective truth in its depth.

Subjective Truth is as one perceives it. It is the perception that plays dominant role in the pursuit of subjective truth. What is Perception?

Perception is a dynamic conflict between:

The attempts of an outer world to impose an actuality on us (and) Our efforts to transform this actuality into a self-centered perspective.

So in a world of Relativism & Perspectivism, our perception is greatly hijacked through ‘Perception deception’.

Some Factors attributing to Perception Deception:

(definitions as derived from net)

With ‘too much information overload’, it becomes extremely challenging to know what Truth is. As the saying goes ‘We don’t see the world as it is, we see it as we are‘, our own cognitive biases (or distortions) make it even more challenging. Therefore, we are mere victims of ‘Perception Deception’ (not by choice but by our circumstantial world around).

So do we really need to quest for Truth or settle with ‘Ignorance is bliss’?

In the quest for Truth, we:

Each of us is on our own independent journeys in the quest for truth. This could not have been conveyed better than these quotes could:

‘You have your way. I have my way. As for the right way, the correct way, and the only way, it does not exist.’

“No one can construct for you the bridge upon which precisely you must cross the stream of life, no one but you yourself alone.”

Therefore, “The quest for truth must be carried out by each person individually. It is like breathing, something which no one else can do for us.”

All of us often mistake truth with popularity. As said by an Ex-Facebook executive ‘Social media is ‘ripping apart’ society’. Perception deception explains how our perception is greatly manipulated through the information we receive.

“I don’t know” is an opportunity, is a possibility

“The only true wisdom is in knowing you know nothing.” – Socrates

By accepting that we know nothing, we open ourselves up to the potential of learning (about us & the world around us) and seeking truth rather than fitting into our current belief system.

To seek, explore, analyze & understand everything without judging or accepting (In between acceptance and unacceptance, is where you understand)

“It is the mark of an educated mind to be able to entertain a thought without accepting it.” – Aristotle

We have to seek, not believe. Through ‘believe’ we accept and shut the doors for other viewpoints or perspectives. Through ‘seek’ we open up ourselves to all perspectives without judging any. Seeking does not have any endpoint. 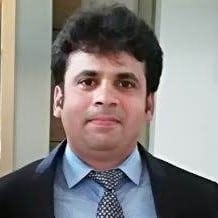