The Pros & Cons Of Cryptocurrency

Cryptocurrency is a form of digital currency that operates independent of any central bank. This kind if digital money uses encryption techniques to perform the operations done on regular currency. Things like the generation of more currency units and verifying funds transfer are all performed by this encryption technique. So, what does this all mean? Operating independent of governments and central banks and their policies means cryptocurrency is a way to store personal wealth that is almost impossible to restrict and confiscate.

The most popular cryptocurrency – Bitcoin is a digital currency that provides a solution to several problems regular currency has. On the flip side, however, it also has uncertainties and security issues of its own. Asides from Bitcoin, other cryptocurrencies like Blackcoin and Dash exist, operating with the same basic principle.

The points in favor of cryptocurrency are many, but then again, every form of money or opportunity for investment comes with its own risks. This article looks at the main pros and cons of digital money and gives some insight to people looking to invest in cryptocurrency.

Several people don’t understand it and so are mistrustful of it.

Digital currencies like Bitcoin are not yet as widely known as they need to be. So, because not everyone knows it, and even fewer of them understand how it works, people tend to be mistrustful of digital currency, and the number of businesses that accept it as a form of payment are few. This is a limitation to people who want to use Bitcoins for their day-to-day transactions. Companies are also not to blame, however. Adding Bitcoin as a form of payment you accept would first of all require that you educate your staff about the concept.

Cannot be recovered if lost:

Unlike banks that have you covered in case of a security issue like a hacking or stolen credit card, Bitcoins are not retrievable if they’re lost. There are currently no mechanisms to recover lost Bitcoins. According to several people, the best way to store Bitcoins is on a drive that is not connected to the internet. This is because they are encrypted for security purposes. The encryption identifies the currency, but not the owner. Whoever has the codes owns the currency and this anonymity feature means stolen coins are lost – that is unless you can steal them back!

Transactions made with cryptocurrency cannot be traced:

This feature makes digital currency the perfect tool for criminal transactions. Just like drug dealers and other unscrupulous individuals use cash to avoid detection, transactions made with Bitcoin and others like it are virtually untraceable. This could be a reason for some governments to declare Bitcoin transactions illegal in their countries.

It is subject to market fluctuations:

When you want to invest in cryptocurrency, keep in mind that while it can be used to buy and sell, it is also a commodity like oil which is subject to changing market prices. When investing in cryptocurrency, it’s best to look at it as a long-term investment and not let momentary fluctuations in price make you think you’ve made a bad investment.

Cryptocurrency is transparent:
With Bitcoin, there is an open ledger called a blockchain on which all transactions are recorded and monitored. Because of this, once a transaction is completed and recorded on the ledger, it cannot be changed. Transactions are available for verification by anyone and anytime. No one person or organization can manipulate it and therein lies [the biggest security feature]

All traditional currency experiences inflation because economies shift prices and governments continue to print more money. Bitcoin and other cryptocurrencies do not experience this as much because there is a finite number of minable Bitcoins. It was programmed to have only about 21 million Bitcoins ever to be mined. Population growth is projected to stop when there are about 10 billion people which should be by 2050. The last Bitcoins will be mined around this period and no more will be introduced into the market.

Unlike physical money, large amounts of cryptocurrency can be transported easily without detection. It is possible to carry billions of dollars in Bitcoins in a memory drive on your person, though not advisable.

You control your money:

Since the users of digital currency are in control of their transactions, this helps in keeping it safe. Transactions are made independent of the identities of the parties making them. This protects users from identity theft.

Transactions cannot be traced:
This is both a pro and a con. The good thing about not being traceable is that there is no fear of any organization monitoring your source of funds. Freedom to buy and sell without the source of your funds being traced is a benefit in many parts of the world.

So, knowing all this, the question is if it’s advisable to invest in cryptocurrency. Do the pros really outweigh the risks? I believe it all depends on your intentions. If you want to use digital currency the same way you use regular money for your daily transactions, I recommend not. Digital currency has not proliferated enough to be used strictly for transactions. If you intend to invest in it, however, then that’s another story entirely. Looking at the growth trends in the value of Bitcoin from its inception till date, the value has almost only gone up and it looks to continue doing so in the future. Buying a chunk of Bitcoins now to sell at a later time when the value has appreciated satisfactorily looks like a wise decision. Unlike saving regular money that will be decimated in time by inflation, cryptocurrency is looking up – at least in the foreseeable future. 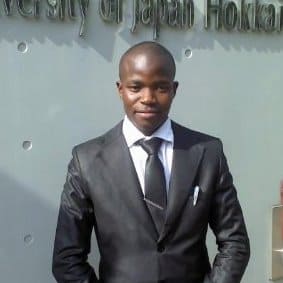 Chigozie Ezugwuhttp://www.raadaa.com.
CHIGOZIE Ezugwu is a Nigeria Startup Entrepreneur, the founder/CEO of www.raadaa.com. Raadaa.com is an educational startup that aims to make quality research and content available to everyone for free. It also gives users of the platform (researchers, publishers, authors, students, and freelancers etc) an avenue to monetize their own research contents like YouTube video creators. Chigozie studied Human Resources Management at the University of Nigeria and Business Management at Hokkaido University, Sapporo, Japan.