The Problems With Developing A Personal Brand 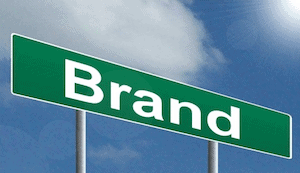 Jean-François Lyotard was a French philosopher and literary theorist who, in his book The Postmodern Condition: A Report On Knowledge, criticised what he called metanarratives. He was interested in how individuals attempt to understand the world. They may look at it, for instance, from a historical point of view but the problem with history is that it is more than just the names of battles and the dates when they occurred. History is a story, and the dots (or facts) always tend to be connected to make a picture. The interpretation that you are left with is not accidental but designed. This is problematic because someone may start to think in teleological terms. It is easy to fall into the fallacy of thinking that the actions that took place to enable the current moment were performed or took place for that reason. However perfect someone may think their life is, the circumstances that converged to make it so were actually just accidents and there is no organising force in the world (or history) that intervened on that person’s behalf. Viewing history as a metanarrative or as having a purpose towards which it was working to create the present is, according to Lyotard, archaic (and modernist). The postmodern condition, he argues, is to see life for what it is: just life. It happens and being at the mercy of its capricious choices is the only recourse that humans have.

Establishing a personal brand (like Steve Voudouris or Kim Kardashian) is, therefore, an exercise in carefully constructing a story of your life which makes it seem less like an accident and more like something that people aspire to emulate. The only problem is that your personal brand and your actual life are not the same thing. As the surrealist Rene Magritte demonstrated in his work, the representation of a thing is not the thing itself. The map is not the territory. They cannot be reconciled. When choosing to make yourself and your experiences the product in which your customers invest their time and money, you are selling them a mirage. Whether they realise it or not, they are becoming trapped in a diaspora between the reality of their own lives (which asserts itself every day) and the attractive, unattainable goal of living yours. Once they find themselves desirous of your life, they will find their own inadequate, but they will never have the other life, leaving them incapable of comfortably enjoying either.

A recent article in the New Yorker profiled an aesthetic called #vanlife. It is a metanarrative because it creates an ideal of life to which people aspire. The small stories, the minutiae that everybody else complains about, like your car breaking down, becomes meaningful in its new context as an aspect of a different kind of lifestyle (and a social media presence that becomes financially profitable). All of these small stories make up the overarching one which is that living out of a van and enjoying life is better than working in an office and commuting amongst thousands of miserable people every day. The only question left to ask is whether it’s true and whether everybody could have that perfect office dream. If not, then what are the ethical costs of saying so?