The Power of Relationships: ROI of Communication & Emotional Intelligence Training

[su_dropcap style=”flat”]W[/su_dropcap]HY SHOULD YOU CARE about emotional intelligence and developing relationships?

Regardless of industry or company size, effective communication is the root to success. It is crucial to know how to construct what to say to shape and influence focused outcomes. Leadership responsibilities have expanded beyond metrics to include resolving conflict situations, peak performance motivation, and succession planning while leading in a diverse, challenging, and ever-changing environment. Not only do today’s leaders need to manage their own emotions, they are responsible for supporting the needs of their teams. They need to develop the skills to recognize the connecting statements from their teams and clients, as well as gain an understanding of how to adjust their preferred communication style to have an effective interaction. This is particularly true when interacting with the younger generations, who expect their leaders to be transparent coaches and colleagues rather than the traditional “boss”. In other words, for leaders to be successful they need to know how to build connections.

However, the demand for performance is measured in hard numbers and visible results, which often causes us to overlook the person and focus on tasks. Over time, we see the negative impact this can cause through burnout, job dissatisfaction, absenteeism, abuse of sick leave, turnover and adherence difficulties. In fact, 75% of careers are derailed for reasons related to emotional competencies, including inability to handle interpersonal problems; unsatisfactory team leadership during times of difficulty or conflict; or inability to adapt to change or elicit trust (The Center for Creative Leadership, 1994).

When this trickles down to the customer, we see a decrease in repeat purchases and revenues. This is not surprising when you consider that the reason for losing customers are 70% emotional, i.e. the customer service agent only focused on the task, took a negative tone, and did not address the customers emotional needs (Forum Corporation on Manufacturing and Service Companies, 1989 – 1995).

By equipping leaders with emotional intelligence, organizations can greatly diminish these negative symptoms while increasing performance. For example:

Building on studies conducted by Bloomberg BusinessWeek and Hay Group, the Institute for Health and Human Potential (2010) identified an EI effect size of .72 between the top 10% and lower 75% of leaders. Furthermore, they identified that a 1% improvement in a leader’s EI translates to an incremental human capital performance improvement of $2160 per leader.

Research from the Human Capital Institute and MHS Assessments (2013) found that both managers and their teams agree that communication, interpersonal skills and self-awareness are critical to a high performing team. Organizations that integrate emotional intelligence into their training and leadership development report a 16% growth in revenues and 25% increase in role performance. They found leadership effectiveness to be 3.2 times higher in organizations who value and widely use emotional intelligence.

In conclusion, if you want your organization to achieve it’s goals in 2016, you should invest in developing your emotional intelligence! 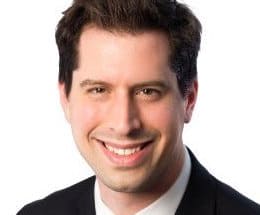 Jared Kligermanhttp://witzeducation.com/
JARED is VP Business Development at Witz Education. Coming from a rich academic background, with degrees in biology and neuropsychology along with an MBA, he is heavily involved in the development of Witz Education’s programs and presentations. Along with finding the latest research, Jared is also a keynote speaker and facilitator having delivered sessions to organizations across North America including the Canadian Franchise Association, St. John Ambulance, and US Federal Government. Rounding out his skill set, he is an MBTI and MRPI practitioner. Jared’s passion for helping others is not limited to the classroom. In 2014 he joined the Board of Directors at Madison Community Services and is now chair of the fundraising committee and Secretary of the board. He is also on the committee for the Young Professionals Network at the Toronto Region Board of Trade.

Want to Be a Great Leader? Get Sleep!