–Adhitthana - A sitting of strong determination to purify the mind

Day 4-7 – An impersonal sensory experience, understanding the law of impermanence & non-attachment to I, Me, Mine…

This was a radical awakening on just how much I was enslaved by my thoughts. On day 4 we were finally introduced to the Vipassana meditation technique. We were asked to maintain our posture for the full hour, connecting to our body sensations. How on earth was I going to remain still with no movement! During the initial three days, I moved around every 3-5 minutes, due to pins and needles in my arms and legs. It was surely Mind over Matter or was it Matter over Mind for me? Nonetheless, I attempted no movement by the second meditation sitting and actually managed to achieve it, albeit with much discomfort!

ENJOY PART I IN THIS SERIES BELOW⤵︎

The Power of Purpose & Intention

Then a minor medical matter showed up which the centre arranged medication for. This definitely hindered my meditation, or so I believed. Our natural response to any unpleasant situation is to react. The goal here was to learn the art of impermanence and equanimity. Our teacher encouraged me to use the difficulty I was feeling to my advantage, as a tool to practice equanimity. As much as I endeavoured to remain equanimous, during the first exposure to the technique I was overwhelmed and sobbed. Whilst observing sensations, I was trembling, nauseous and even thought I was spinning at one point. At the end of the meditation I approached the teacher to understand why I felt this awful and out of control. He comforted me by saying some reactions were normal, as a result of people holding onto suffering and dis-ease. Sure that made a ton of sense, and I realised it must have been a release of sorts. One of my intentions after all was to let go of the past identity I was so attached to. He assured me that spinning was just an illusion my mind created, and many students shared similar yet more far-fetched phantasms. We slip into a mirage of untruths and fantasies, Vipassana is a science of bringing the mind and body into coherence of the truth, “to see things as they really are.”

Vipassana meditation cultivates understanding the habit pattern of our minds at the deepest root level. Mastering and purification of the mind leads us to our noble truth.

It requires bravely choosing the experiential pathway instead of an intellectual path. Let me offer a practical example of where I gravitated towards the intellectual approach during the course. Listening to evening discourses offering the theoretical explanations, I approached the teacher on day 5 to establish if I was understanding the practical side. I defaulted to intellectualising my experience, instead of feeling through it experientially. The teacher was quite assertive and politely refused to respond to any of my questions, even though I tried to persuade him that it was to enhance my overall meditation experience. All philosophical and speculative discussions were completely discouraged, at least until day 10 after we broke our silence and to some extent achieved a level of mastery of the mind.

There were several reminders on how best to reach this transformative state. For those who know me, I love acronyms, which was a great help remembering the teacher’s guidance shared during discourse evenings, especially since at this point we were awake for fifteen hours. To summarise a large part of the teaching, I created a few acronyms. I trust the reader will grasp the essence of what makes for a successful practice. I crafted a sentence together from the acronyms. It remained top of mind amidst the periods of agitation during the process of purification. So here it goes… 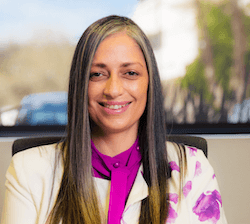 Aneesa Theronhttps://aneesatheron.com/
I am privileged to have exposure across diverse roles during my professional career, enhancing my body of knowledge across various industries. My endeavour is to become an innovative professional, serving others who are working towards self-leadership and mastery. Professionally, I qualified as an executive coach with Results Coaching System™, the flagship Educational Program of the Neuroleadership Institute. The Results Coaching System™ delivers unique brain-based, process focussed, and outcome-driven methodologies and frameworks that empower individuals, organisations, leaders, and managers to facilitate positive change and maximise effectiveness. Results Coaching System™ is accredited by the International Coach Federation. I continued to enrich my coach training with NeuroGym, a Step-By-Step, Brain training program produced by John Assaraf & world-renowned scientists & experts to improve your life. Applied Neuroscience & Neuropsychology with evidence-based techniques that are found in all NeuroGym’s products. These include Cognitive Priming; Success Meditation; Visualization; Guided Hypnotherapy; Subliminal Programming; Behavioural Modification. Programs Completed are Winning the Game of Money; Mastering financial goal achievement; Mastering your Mindset.  I graduated with a Post Grad Honours in Management at UCT Graduate School of Business. In addition, I completed multiple courses in the field of leadership through the University of Stellenbosch & Leadership Management International (LMI).