The Power of Mentorship

The broad and basic definition of a mentor is “one who is an experienced and trusted advisor”. The more formal definition of mentorship is “the guidance provided by a mentor, especially an experienced person in a company, or educational institute”. Throughout history, there have been various other names for a mentor. In law enforcement, a mentor is called a Rabbi. This would be an experienced officer who guides a young rookie through the ins and outs of being part of a law enforcement agency. In the religious community, a mentor is often referred to as a Confessor. This could be a clergy member or simply someone who is a member of the congregation.

Mentoring can be a powerful interaction between an experienced mentor and a lesser experienced, sometimes younger mentee.  The relationship is typically guidance-based and can take place in a variety of formats, such as professional life, school environments, and marriage.

Regardless of the title, everyone at some point in their life, needs someone to assist them in professional, spiritual, marital matters, parenting, etc. At its core, mentoring is helping! Mentoring can be a powerful experience for the mentor and the person receiving the mentoring.

The history of mentoring appears to have originated as far back as Greek mythology. A man named Mentor became a trusted confidant and overseer to Odysseus and his son Telemachus. This was at the time of the Greek war against Troy. Through his dealings with these two famous Greek leaders, the term “mentor” was coined. From this time in Greek mythology, up to the last one hundred years or so, there was little reference to mentoring. Logic would tell us that these types of interactions must have taken place in many communities around the world. The important concept of apprenticeship certainly had strong elements of mentorship in its DNA. Over the course of US history, there have been many who have participated in mentor-mentee arrangements. Some notable examples are listed below:

How do you become a mentor? The options for becoming a mentor are endless! Listed below is a small sampling to get everyone started on their exciting mentorship journey:

It is never too late to become a mentor. Start your journey now to help others and yourself in the process. 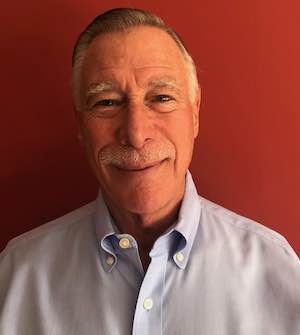 Mike Zinnhttps://www.lifecoachingbymikezinn.com/
Mike Zinn is the founder of Life Coaching By Mike Zinn. Mike has spent over 40 years coaching, teaching, and mentoring in public and private schools and the business world. In addition to Life Coaching By Mike Zinn, Mike has founded Get Fit Forever and developed AquaBells into a leading worldwide fitness equipment brand. Mike now uses his Life Coaching platform to work with individuals, couples, and groups through direct coaching, writing, and his YouTube Channel. In addition to writing on his Blog, Mike is a contributing writer, for the Orange County Catholic newspaper. The Life Coaching By Mike Zinn program is built on the foundation of six key concepts; 1. Exhibiting compassion; 2. Developing integrity; 3. Being accountable and encouraging accountability; 4. Developing forward thinking and being action-oriented; 5. Identifying, developing, and implementing goals, and; 6. Adding value to people's lives.