Some years ago, I met the girl in this story. She wove a tale so life-like and yet what seemed so impossible, I decided, with her permission, to write about it.  It all started about sixty years ago near the ‘City by the Bay;’ San Francisco.

Episode One — the Beginning

It was a fitful night for the girl. Heavy, salty winds from the rain over the Pacific pummeled 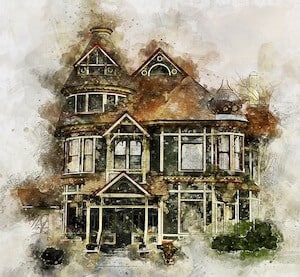 the trees outside her bedroom window, inside a colorful, cozy room in a third-floor turret of an unkempt Victorian. The house stood on three acres of woods, across the Golden Gate Bridge in Marin County, and was owned by the girl’s mother. It was rumored it once belonged privately to the famous San Francisco madam in the 1940s, Sally Stanford, who ran her business in ‘the City’ and kept this for her ‘special’ customers. No one really knows the true story.

The storm whipped the trees against the windows in her room for hours and she awoke at sunrise, groggy and tired the next morning. The sun was shining, though, so she hopped up, threw on an old Pendleton shirt and jeans, and took her normal walk by the small, wooded stream on the property to her mother’s cottage, about five hundred yards off the dilapidated back porch. Down four steps she went catching the path as she did every day during the week before work, to have a cup of coffee, and a talk with her mother. 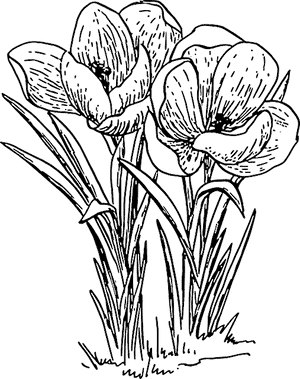 It was spring now and the short path, lined on both sides with newly crowded blooming purple crocus beds. The girl walked quickly, kicking to the side any one of a number of branches left on the path by the storm. They lived in what she always thought was an enchanted wood, where the Dogwoods her great grandfather carried from North Carolina to plant near their new home, some seventy-five years ago, bloomed every spring. When she squinted her eyes and looked into the woods now, the white Dogwood petals looked like a dusting of light snow, always in mid-fall. Continuing on the path, she kicked something that flashed for a second, further down the path, along with a bit of debris.

The girl pulled out a crumpled tissue from her pocket, wrapped up the disc, and put it in her vest pocket to examine again later. It was such an odd object … it certainly wasn’t natural … it looked like a fake cabochon the girl used to buy from the craft store when in her jewelry-making days some years ago.

She arrived at her mother’s. As she stepped up onto her mother’s small wood porch, as she did every day, she stopped short. The flower boxes! Her mother had a green thumb the boxes were overflowing as usual with assorted colorful blooms.  They almost seemed to glow; like a light was shining on them … and from them. The girl didn’t remember them looking this way yesterday or any other day she told me. She was sure. And she knocked.

She forgot about the disc in her pocket, had coffee with her mother, and took the path home to get ready for work. She got into her work clothes, which included a hand-me-down Villager shirtwaist dress and a large apron that covered her dress completely. She hung her Pendleton with the disc in the pocket on the chair and didn’t think about it again. The girl worked in a candy shop in Sausalito and was learning to make chocolate truffles under the guidance of a seasoned master.

There is more to the story.

Tune in for Episode Two …

What was that disc?
Why did it melt?
What were its properties?