The Possibility of eRada (Episode 7)

The next morning, the girl dressed hurriedly and couldn’t wait to get to work. She meant to stop at her mother’s, but that was out now. Maybe after work, she thought.

The Possibility of eRada (Episode 6)

It was Monday and she spent two days exploring the City. Saturday was for the Zoo, at 42nd and Sloat and a few blocks from the beach. Her absolute favorite. Sometimes she would walk to the beach after doing the whole zoo. It was about six blocks away.

When she chose a day at the beach instead of the Zoo, she would hike to Fort Funston an old fort on the beach used by the military to protect the coast. She would walk through the windy concrete, domed tunnels and come out to stand on the beach imagining what it must have been like.

On Sunday, she gathered leaves and buds around the old Victorian and made a large centerpiece for her table in the foyer. Not many people visited the girl. Deliveries were done around the back near the kitchen. She loved coming in the front door every day and being greeted by her very own seasonal creation.

She wore her favorite Pendleton and all the way across the Golden Gate, she turned the disc, still in her pocket, over and over in her fingers. Right before she was to reach up and pull the bell for her stop, the girl squeezed her nostrils together with her fingers (like she inhaled pepper) and when she did, she quickly took an involuntary, sharp breath in through her nose, and saw stars again,’ and then coughed twice.

“Wait,” she hollered to the bus driver, and she dropped the disc in her pocket, grabbed her purse, and rushed to the front of the bus. The bus took a big lurch forward as it stopped short. She righted herself, smiled at the driver and said, “thank you,” and stepped off the two big steps onto Market Street, a few blocks from the chocolate shoppe.

The shoppe was well known in San Francisco for having handmade organic truffles, fresh 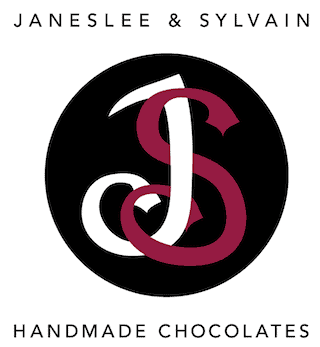 every day. The J&S handmade chocolates metal sign hung over the entry; the truffles were beautifully crafted one by one, with the finest Belgian chocolate (Belcolade) and the most expensive extracts. The owner said often “our customers deserve the very best,” particularly the week the invoices arrived for chocolate and essences.

All day the girl thought about Van as she rolled one hundred and twenty-five key lime truffles dipped in cocoa dust and packaged in boxes of five. They are beautiful she thought as she attached to each box an ingredient and product label, a logo label, a small bow and sealed it with a J&S decal. They were particularly fragrant today and it seemed to her that the dark chocolate truffles looked like glass. She snitched one and remembered thinking that these never tasted this good before. Key lime was her new favorite.

As fast as she could box these truffles, they seemed to fly off the shelves. It was Monday and they were very busy right before she left that day.

She slipped out the door forgetting the sample for Van and arrived at the nursery, already using up five of the fifteen minutes she had to visit.

When she arrived at the nursery, she didn’t see him anywhere. She quickly walked around the plants and shrubs and then quickly went into the small business office. The owner of the nursery was running numbers on an old adding machine when she walked in. It jammed after pressing almost every key, so he stopped, adjusted the keys, and continued. She watched for a minute or two and then said, “excuse me,” she said as he looked up. “I’m looking for Van. Do you know where he is?”

The owner looked at her, paused, and then stood up, stretching his legs, paused again, and said, “Come again? Who?”

“Van. The student intern working here from the university,” she said, trying not to be irritated because he took so long to answer her, and that she only had a few minutes left. “He’s studying agriculture there.”

“There’s no Van working here,” the owner said and turned back around to attend to his work.

“You mean he did work here and now he’s gone?” she asked, exasperated.

The owner slowly turned back around, looked at her, paused, and said without getting up this time, “Look, I don’t know what you are talking about young lady. I’ve never had an intern here from the university and the only helper I have is my granddaughter when she’s on break from school, and she’s sixteen.”

“But that’s just not possible,” she thought she said to herself, but likely not as he shook his head as she walked out of the office, through the nursery, having one more good look for him, and on to her bus stop.

As she ran bleary-eyed to the sidewalk outside the nursery, the fragrance of the cedar trees hit her in the face and literally stopped her in her tracks. She sneezed, and then ran all the way to the bus stop.

Lee cried all the way home … that’s her name, by the way … Lee. Her tears were heavy and salty, and she wasn’t even sure why she was crying. She thought … I’m melting like the disc. She had been rolling it around between her fingers again as she heard the bells and felt their stops and starts along the way to hers.

She fell asleep that night, tears on her pillow, asking out loud, “Van, where did you go? Were you really there? Were you a dream? Am I crazy … because I know I felt your arms around me.”

She was right back, hovering over the river, and saw that the ‘water’ in the river wasn’t water at all! The river and waterways were filled with zillions of clear glass discs, three inches in diameter, that were constantly flowing, like water!

The generous and spiritual nature of all those living on eRada was an integral part of their lives. 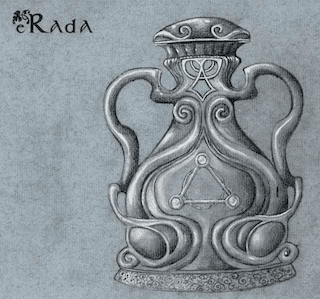 When a female offspring was betrothed to another, they are gifted their own family Urn of Life following the ceremony. The Urn is how everyone lived!

Once each day every married female walks the same path at the same time to the town square and the stone fountain where disks are flowing constantly. When scooped into the Urn of Life, they all instantly liquify and that is the daily water for the family. Of course, if more is needed it is often that the female will make a second trip to the fountain … and even a third. There is no shortage of these discs.

While gathering her daily supply of water, each female speaks a prayer to thank their parents and the original twelve spirits that first were chosen to inhabit eRada. At the fountain you can hear numerous female voices dipping, praying and whispering this prayer repeatedly, all while getting their daily sustenance of water.

Hail to the Spirits that guide us, day in and day out,

We offer our gratitude and ever-present love,

For your protection of our peace and harmony,

Knowing you are watching us from above.

Our greatest good is what we wish for one another,

The gift you give to every father, child, and mother.

Behold the miracle of eRada, your gift to us,

To live where all are one, Hail to the Spirits that guide us.

The continual chanting by the females at the fountain, giving thanks, was a melodic harmony, like a cluster of butterflies gliding in the breezes. The words as they spoke produced tufts of tiny bubbles, which rose from their mouths, up and into the atmosphere. In her dream, the girl squinted at the myriad of bubbles rising from around the fountain … why they looked like stars she thought. Remember she has lucid dreams so she can think while dreaming.

As Lee got closer to the fountain in the city square, she saw the discs moving like water again, and very shortly, she saw something unusual. Those discs were forced and sourced by a furious wind from tunnels beneath the surface of eRada that feed into every waterway and find their exit into the atmosphere.

Episode 8 will reveal the mystery of how that one disc ended up on the path to Lee’s mother’s cottage.

Meet the offspring of two Spirit partners who won the honor of being the Emissaries from eRada to the world.