[su_dropcap style=”flat”]A[/su_dropcap]S WE START OUR CLIMB up the professional ladder, the skills which allow us to advance are usually expertise in our area, and this can lead to us being out of our depth at higher levels as different skills are required, e.g. management and leadership skills. A lot of this is explained in Peter Principle, which is a theory which states

In a hierarchy, every employee tends to rise to his level of incompetence”.

But in reality, the skills required for the new role are different to those which allowed us to be successful in the old role, we either lack the training or the competence needed. First we become experts, then we move into team leading, using our technical expertise to lead other experts people, often still doing hands on work ourselves.

This transition is not usually that difficult, as we still have the opportunity to correct mistakes through our own efforts.

But as we then move to being responsible for multiple teams, then we start to need different skills, our technical expertise becomes less valuable, and our management skills  become more important, we need to focus on planning, control systems, feedback mechanisms, performance reviews, salary review, staff development, etc., etc.

Probably none of this has been taught to us as part of our earlier technical role, and then as we advance even further to managing departments, regions or even global organisation, we start to need leadership skills. Being able to create a vision, inspire the organisation, etc, all of which are a far cry from what we learned at the start of our career.

As we progress we need to be able to learn these different skills, often we are provided training, but this is not something that is easily learned in the classroom. We may get mentoring, but that could be given by someone who has progressed without the right skill for the role that they are doing either, and consequently they compound the problem. The blind leading the blind as it were.

I remember my first day as project manager, I had taken over from the previous project manager who was on maternity leave. Prior to that I had been the Functional Architect, Test and Implementation Manager for the system of which I had now become Project Manager, I thought this was all going to be dead easy. No one knew the system better than I did, I had designed it, tested it, and implemented it, I knew everything. I can honestly say that, all that knowledge and expertise was only useful for about 10% of my work going forward.

On my first day in charge I was requested to a meeting with my Test Manager, she was clearly upset, and wanted me to provide some help, dead easy, I was a not only a testing expert but had designed the entire testing suite for this system. When I sat down in the meeting she said to me “I have found a lump in my breast and I am scared that its cancer, what should I do”.

I can honestly say that nothing in my career, or my life, had prepared me for that moment. It was then that I realised that leading was going to be a significantly job from doing, or managing. This had not been covered on any of the project management or leadership trainings that I had taken. I managed the situation in the only way I knew how, which was by showing I cared and trying to console her, and getting her to seek medical attention. As it turned out, it was just a lump and not cancer, but for me it was a great lesson, showing me that I still had an awful lot to learn.

I was fortunate that, as I knew everything about the system, the work related to the system only demanded a small amount of my time, in comparison to the time in need to spend on the things not related to the system. Generally people issues. Only 10% of what I had learnt and new from my previous role was any value in my new role, I had to learn the other 90% on the job, and much of it had never been covered by any trainings I had taken. My boss had just assumed I had been good at what I had done before, so hopefully I would be good in my new role. I wasn’t properly prepared for the role!

As we develop people for senior management and leadership, we need to ensure that we give them the skills needed to be successful. Otherwise we will have implemented the Peter Principle and will have promoted someone to a level where they could be incompetent and fail. 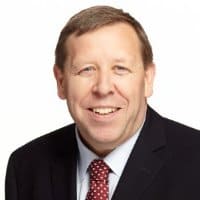 The Art of Winning