The Pain, Power, and Paradox of Bias

We throw the word ‘inclusion’ around quite a lot, and I wonder if we spend enough time reflecting on what it means to be excluded. We’ve all been there. It hurts. And, I’m willing to bet we don’t want that for ourselves OR to be the person who inflicts that on others.

Belonging is not a nice-to-have, it’s a MUST.

Bias is a buzzword. Though a spotlight on racial injustice these past couple of years has brought awareness to bias, there’s still a long way to go. We all have an unconscious bias about any number of things we encounter in our world – bias is really just a different word for preferences, and we all prefer some things over others. Bias is, in and of itself, not a negative thing, though we often use the words ‘bias’ to mean something negative or judgmental. Unfortunately, there is a negative connotation around the word “bias” that we’re obsessed with; when we hear it we shut down and close off, which harms both ourselves and those around us.

As a daughter of Indian immigrants, I have experienced firsthand the ugliness of discrimination and prejudice. As an attorney who is a minority—a woman and of color, I have often felt the sting of bias in the workplace. In my legal career, I have seen everything from employees who felt unheard and undervalued to those who felt their only recourse for discrimination and harassment was to file a lawsuit. I have had to take a long hard look—and learn to identify my own biases to be able to help my clients.

In my first TEDx talk on The Pain, Paradox, and Power of Bias, I provide a new framework to help us overcome our biases in a whole new way. We are at a tipping point. It is urgent we normalize bias so we can start talking about it and become better equipped to deal with the differences we encounter.

Once we can disrupt the belief — and the world’s, that ‘bias’ is a dirty word, we can start to take control of these beliefs by using simple strategies to retrain our mind —just like breaking a bad habit.

When we do, together, we can work to create a community where we all belong and get along. 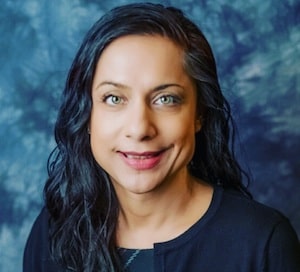 Sejal Thakkarhttps://trainxtra.com/
Dubbing herself "Chief Civility Officer", Sejal is not your average employment law attorney! Her more than fifteen years of experience advising clients, human resources personnel, and legal counsel regarding sound, standard employment practices uncovered a need - and personal passion - for bringing more proactive, relevant, and impactful workplace training programs to her clients and their teams. Her highly experiential customized workshops tailored to executives, managers, and individual contributors bring the courtroom to the training room in an interactive, engaging environment that favors human stories over compliance checklists

Gender Equality in the Workplace: The Progress, The Challenges, and The...