The (Not So) Obvious Consequences Of A Bad Manager

A great manager is one of the best assets a company can hope to have. They motivate their teams, they make everyone feel appreciated and engaged and they keep everything running smoothly. Unfortunately, for every great manager, we get at least three bad ones and the companies are often unaware that someone with poor managerial skills is harming their company.

Besides the more obvious consequences of a bad manager, such as missed deadlines, a huge employee turnover, and poor productivity, there are many more which may not be that obvious, but which can still wreak havoc on a company.

Even the worst manager can make sure their team is actually working during work hours. It can easily be boiled down to becoming this ubiquitous seeing eye that spends 98% of its time overseeing individual employees and “whipping” them into doing certain actions that amount to some kind of work.

And herein lies the problem – actions that amount to work. Anyone can get anyone to do this. This is not being a manager.

This is getting people to work to rule and put in their absolute minimum. When this kind of a workplace culture is instilled in the workforce, the productivity is at its very lowest and there is absolutely no chance that anyone will go one iota over what is required of them.

This also breeds discontent in the workplace and it is almost guaranteed that employees will leave at the first sign of opportunity.

A manager that establishes this kind of a culture in the workplace is the worst kind of manager. In fact, you might as well replace them with a piece of software of some kind and not skip a beat.

Lack of Crucial Insight (Both Ways)

When we are talking the consequences of having bad managers, the lack of communication is almost a given. For instance, a bad manager will often withhold crucial insights from team members, for whatever the reason. This may be disorganization, a kind of paranoia or something else, but often times, teams will have to work without crucial insight because their manager chose not to share something with them.

The not so obvious aspect of crucial insight not reaching its target is when employees decide not to share crucial insight with their higher-ups because of their manager and a certain atmosphere that has been established. For example, their manager may have shot down their efforts in the past and they simply do not want to experience this again. Or, their correct input on a certain matter may be considered negativity just because they questioned someone’s idea.

In any case, this lack of crucial insight that will go both ways with bad managers can be the first step towards catastrophe.

Lapses in Safety and Security

There are certain industries and workplaces where everything should be geared towards worker safety. In warehouses, factories and other jobs where employees work with heavy machinery or anything potentially hazardous, there is absolutely no room for poor management and decisions that are not well thought-out. In such workplaces, the last thing the company needs is a letter from a work injury lawyer just because their manager was cutting corners to save a few bucks.

In the past, the majority of offices did not have to worry about things like this. Nowadays, however, security is an issue for purely white collar workplaces as well – cybersecurity. It is something that is much talked about, but which is rarely done properly.

Poor managers are especially prone to ignoring or neglecting cyber security, to the huge detriment of the company. Losing invaluable data can lead to an incredible hit to the brand while any cyber security breach will cause the company to halt its day-to-day operation for a while.

Sometimes, closing down shop for extended periods of time means putting a permanent lock on the door.

Wasting resources and company assets is the worst managerial sin in the eyes of many business experts and while this is not really such a hidden consequence of bad managers, the sheer volume of wrong decisions often escapes us.

For instance, while we will all immediately think of the consequences of managers misplacing company funds or financing their own personal travels, we will often overlook the waste they will cause by choosing an absolutely wrong piece of software for their team. They will get distracted by a fancy design or a handy feature, completely missing the point.

Another very common waste that is caused by bad managers is the waste of good people. Namely, they will often misjudge an employee for whatever the reason and waste their incredible skills and expertise on an assignment that could have been handled by an intern. This is probably the worst kind of waste, as it negates the purpose of having great employees.

The Loss of Meritocracy

However, a good manager will know how to ignore these opinions and feelings towards their team members and base every decision purely on the employees’ performance, skill levels, and past experience.

A poor manager will base their decision on their personal feelings and hunch. They will put someone in charge just because they liked their joke that one time everyone got together for drinks. They will let a complete nincompoop made a decision that will affect the entire company because they went to the same university.

It goes without saying that this can have devastating effects on the company. Not just because it will result in wrong decisions, but also because it will preclude people who actually deserve it from advancing and getting promoted.

The Sanctity of Status Quo

Perhaps the most characteristic trait of bad managers is that they love the status quo. They love nothing more than arranging every little detail in such a way that nothing changes. They are aware enough that they know they probably will not advance any further (after all, they are barely managing as it is) and this is the best it will ever be for them.

For their company, this is the worst thing that can happen. Stagnation is just another word for failure and such a manager will cause enormous problems, sooner or later.

If you yourself are a manager, and you recognize yourself in one or a few of these, it may be time to do some serious soul-searching. If you are a business owner and you think that some of your managers fit the bill, once again, it might be time for some serious mulling over.

If you are an employee who has to deal with such managers, hang in there. 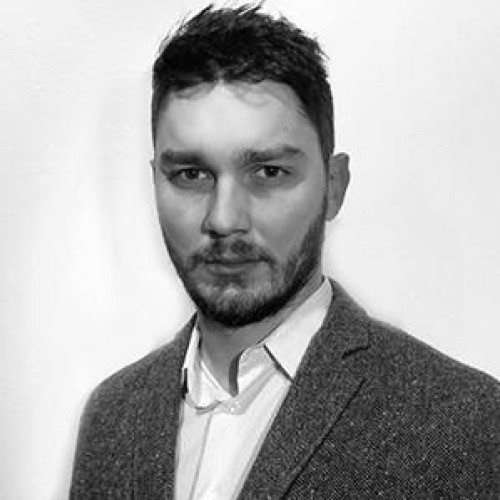 Nate Vickeryhttps://bizzmarkblog.com/
NATE Vickery is a business technology expert mostly focused on future trends applicable to SMB and startup marketing and management processes. He has also been blogging in the past few years about before mentioned topics on various leading sites and communities. In the little free time left, Nate edits a business oriented website - Bizzmarkblog.com

How To Get The Most From Your Agency Relationships?

6 Problems Startups Face When Scaling Up