The Mystery of the ­­Ouroboros: What Attitude Will You Choose to Begin Again?

When I was nineteen years old, I had an intuitive calling to go to Ireland and figured out a way to get there by doing a study abroad program. I was there for just a few seasons, yet it felt like lifetimes unfolded within me. I changed my clothes, my hair, my thoughts, and my attitude. I went on adventures within adventures, like I was dreaming awake.

I had a deep affection for the elements and knew the day would come when I would miss the wind tossing my hair, the rain playing tag with me, and the raucous river telling me stories from under the bridge. I’d miss my wild best friend who was an integral part of the changes I went through, and my partner on our adventures outside of time. Maybe most of all, I’d miss the vividness of me that shone in those mystical lands.

As the time came closer to leaving, however, I didn’t feel sadness but rather a sense of being ready. While part of me romanticized staying in those blissful moments forever, I had a deeper kinship with the call to go. I looked around my tiny bedroom at all the things I’d collected. There wasn’t much but a handful of great books, some interesting finds from the market, and some clothes and jewelry.

I began naturally pairing my things with my housemates and friends in my mind. Before it was time to go, I made a makeshift boutique in my room and invited everyone to stop by. I noticed a sort of seamless rhythm to their coming and going and that these “leaving visits” were imbued with serendipity and sewn with the power of remembrances, laughter, and well-wishes.

The giving away of my things took on a special meaning, too. I was delighted to see the excitement on my friends’ faces when I told them to take whatever they wanted and to see what they chose. It gave me a thrill when it was what I’d envisioned for them.

The whole experience had a ceremonial energy to it including the parting rites of shedding my skin. I would come to know this pattern well as it would eventually happen over and over again, seemingly to mark the end of a significant life phase.

Thirty years later, I’ve come to realize that this mysterious phenomenon was venerated by our ancestors, edified by great civilizations, and even found on Tutankhamun’s tomb! It was given a special symbol from ancient Egyptian iconography and from the Greek magical tradition. It was later adopted by Gnostic and Hermetic thinkers, most notably in alchemy, and came to be recognized as The Ouroboros: the snake eating its own tail. This primordial emblem signifies eternal cyclical renewal: life, death, and rebirth and conveys the mystical occurrence of the snake shedding its skin.

The Egyptians loved complex and esoteric symbolism that both revealed hidden knowledge and helped veil it from outsiders.

~Dr. Joanna Kujawa, The Other Goddess

My mother noticed this pattern in me when I was young. “Your life seems to move in chapters,” she said one day, “but it’s more than that. It’s like you go through some kind of metamorphosis. Not like a butterfly but more like a snake shedding its skin.” Her words aligned with me at the time, but I couldn’t have known its meaning until I embarked on my greater journey.

The ouroboros showed me, and shows us, the magic of transfiguration. It also brings our attention to coalescence, the point at which the snake eats its own tail. It’s at this point, if you listen reverently, that you can hear not only the call to go but the call to choose. It is here, that you are given an opportunity to choose your attitude in responding to the call and your choice will determine whether or not you’re granted passage and how you experience it.

I have felt myself standing on the threshold of passage many times, sometimes with a feeling of resistance and sometimes with a feeling of “allowing” that precedes my decision (or destiny) to accept. I’ve learned to lean into it rather than to try and rush it or avoid it. Rather, I choose to notice what’s being asked of me at those ethereal gates and to act courageously.

In my most recent experience of ouroboros, everything in preparation for leaving (no matter how big or small) had a consummate weaving to it. Flights, finances, communications, encounters, weather…everything seemed to be orchestrated from the magical hands of the divine seamstress.

Nature moved into the foreground and the material world faded into the background. My days leading up to leaving were filled with the melodious sounds of conversant energy all around me. I relaxed in the unconditional love of the landscape feeling the warmth of the trees swaddling me and the care of the wind shepherding me.

One morning, in the midst of this wonderous feeling, I had a momentary vision of the seas parting in front of me with great walls of roaring waves towering on either side. There was a clear, tunnel-like passage that conveyed total protection from a higher realm. The vision didn’t last long but it was enough for me to marvel at it and to know I’d been given a sign that I was doing the right thing.

I couldn’t help but to wonder about the biblical story of Moses and the parting of the Red Seas. That may be the story was trying to convey what I’d just experienced and, if so, it was telling us that passage is a divine manifestation available to us all depending on our faith and our attitude. If we choose to meet it with trust, reverence, and courage then we will be granted divine guidance and protection.

I was fortunate to receive another momentary vision one day. A sturdy white rope appeared suspended in the air, parallel to the ground, about knee-level in front of me. Then, a bit of thick red yarn appeared just above it. ‘Was a raft being woven to transport me?’ I wondered. “Or maybe a magic carpet?” I heard a voice say and I started to giggle. I had come to know the whimsical nature of the divine artist.

A few days before I left, a group of my friends invited me over for a dinner party and I was in the middle of making some food to bring when suddenly I felt compelled to stop what I was doing and go through my closet. I thought it was odd (and inconvenient timing!), so I resisted but eventually gave in to my intuition.

I started sorting through my wardrobe, naturally pairing things with my friends who would be at the party. I gathered up a bag of my things and when I got there, I left it the entrance and headed into the dining room to enjoy a lovely evening.

As the night wound down, I realized I’d almost forgotten about my bag and hurried to get it but instead of returning to the dining room, I slipped into the dimly lit room to my left and noticed that the furniture was arranged in a circular shape. I took a seat on the couch at the top of the circle and when my friends started filing in around me, they commented that they hadn’t noticed that room or the arrangement of furniture before.

“I don’t know,” our gracious host said with a shrug and a smile. “The idea occurred to me just before you all got here so I thought, ‘Why not?! Maybe I should keep it this way and confuse my husband.” We all laughed.

I looked out at my friends who had gathered around me and was moved by their excitement and camaraderie. We’d shared so many good times over the years in that city, and they’d all been a part of my journey of transformation. I smiled at each of them as their hands shot up and shouts of “Me, please!” filled the room when I pulled items from my bag.

Just then, something very surreal happened. The circle of friends in front of me became transparent and behind them, all the other scenes like this one appeared but in different rooms, in different cities, in different countries and with different friends.

Breathless, I stared into the kaleidoscope of living memories seeing all the leaving ceremonies back through time. My heart filled with profound gratitude as I witnessed the gift of these cycles and the beautiful souls who had journeyed with me. I realized the ouroboros had revealed an even deeper meaning, the magic ability to encapsulate these precious times to remain in my heart forever.

As the vision faded and I came back to the present, I continued the ceremony of shedding my skin once more.

I was ready with joy and honor to take to the road again. 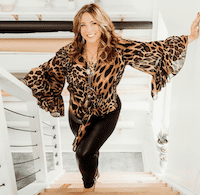 Have You Ever Paid The Ferryman?

Before Me (In Retrospect)