The most important conversation you ever have is the one you have with yourself on your deathbed. That moment is a reckoning—the time when you answer the question, “What meaning did my life have?”

After all, your life’s meaning is derived from what you did when it was yours to do something with. However, you can’t know when that conversation will happen or even if you will get to have it.

Better to have that conversation sooner rather than later.

Think of yourself as dead. You have lived your life. Now, take what is left and live it properly.

Maybe suggesting that you imagine a conversation with your dying self lands as morbid? That’s partly intentional, a bit of what I call “empathetic antagonism.” I want to get under your skin to encourage you to have this difficult conversation now, so you don’t have a regretful one later.

Now, what could you change right now to make your list of regrets shorter and the list of your celebrations longer? 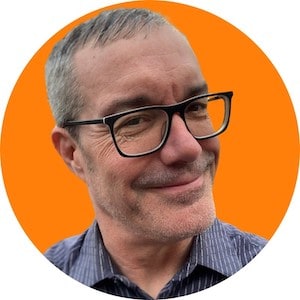 Scott Perryhttps://www.creativeonpurpose.com/
I help difference-makers invested in social impact work embrace uncertainty and navigate adversity with greater equanimity. I'm a Difference-Maker Coach and author of Endeavor and Onward. I'm also the head coach in Seth Godin's Creative and Freelancer Akimbo Workshops. I'm a husband and father, go for a cemetery run every day, and quote Marcus Aurelius more often than I should. For over thirty years, I found and spread joy as a professional musician and guitar teacher while maintaining a happy marriage, homeschooling our sons, and taking care of business. My process employs principles and practices that are time-tested and scientifically vetted. I believe we enhance our lives most through endeavors that elevate others.

Where Does Trust Come From?