The Marathon Everyone Can Win 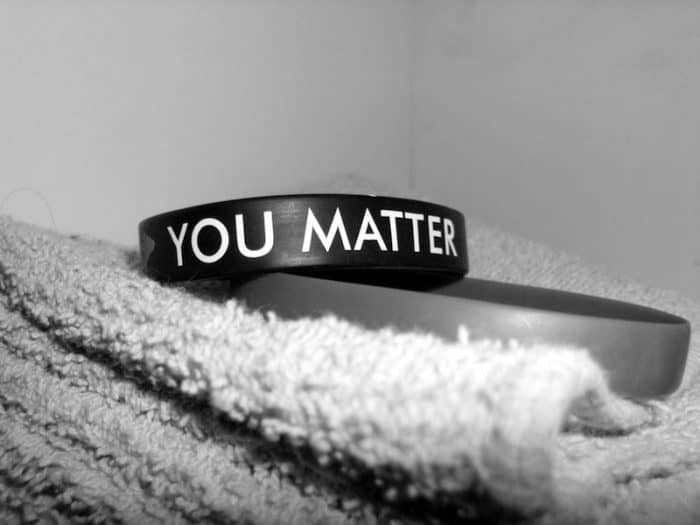 What were you doing November 2016? I know. It was seven months ago and is known for being one of the busiest months of the year. I can tell you what 14,300 other people from around the globe and I were doing.

It started when Cheryl Rice, of Your Voice Your Vision, saw a human need and matched it to opportunity, the hallmark of all successful ventures. Right? As an ICF certified coach and Applied Positive Psychology Practitioner, Cheryl recognized firsthand the overwhelming need for people to feel valued and know that they hold a significant place in the world. Cheryl set out to spread the positive message “YOU MATTER” to all who would listen and she attracted thousands of individuals who wanted to join her in spreading the message too. The You Matter Marathon – No Running Required (YMM) – was officially launched in November 2016 to “create and enrich positive connections between people and within communities.” In fact, the final tally shows that YMM went viral and people from 50 states and 59 countries participated with nearly half-a-million cards imprinted “You Matter.”

When I signed up to participate last year I ordered my cards and while I waited for them to arrive by the November 1st start date, I envisioned how I would hand them out and who would be favored recipients. During the holiday season, I make up small, gift enclosure sized thank you cards to give to cashiers, hosts, servers, and anyone who looks like they need a small spark of joy to get them through their day. Handing out a small business card with two words, “YOU MATTER,” would be a snap. I had no idea that there would be instant reactions, from hugs to tears to jumping up and down. Many times, the person just stared at the card and it’s a mystery what they were thinking. Regardless of the reaction, handing the card to someone meant 100% success. The intent of each card is to, in that moment, affirm YOU MATTER.

While adults carried around cards looking for their next opportunity, there was a young, eight-year-old boy in Oregon with the same passion for telling people they matter. His mom, Laura, had quickly used up the 30 initial cards sent by Cheryl Rice and ordered 500 more on her own. One day she asked her son if he would like to take a YOU MATTER card to a teacher he admired and was particularly close to. His teacher accepted the card with gratitude, but then asked if he wanted the card back to share with a friend in his class. How was this young boy, whose message was “You Matter” supposed to share one single card with one student when there were so many who needed to feel valued? He couldn’t possibly leave anyone out.

As I listened to Laura tell this story, my heart was instantly touched by the generosity and maturity of her son. He could have chosen a friend to share his one card with, but that wasn’t the answer to his dilemma. Instead, he arrived home that afternoon and asked his mom for a whole stack of YOU MATTER cards so he could give one to everyone in his class. And even that didn’t satisfy his desire to multiply the message of the card. He also took enough cards to pass out during after school events.

As adults, our life experiences broaden our understanding of how simple acts can change the trajectory of lives. At eight years old, Laura’s son has already planted seeds of influence through his participation in the You Matter Marathon.

One simple act: “I would like you to have this card to remind you that your life has value and you matter.”

You can join this year. It starts in the season of Thanksgiving (my favorite holiday) but preparing for it starts now. I happen to know that 66,000 You Matter cards have already been ordered. If you want to help push this outreach further, or if you know an organization that loves people and wants to be a sponsor, click this link that explains more than I could ever describe in one article.

How might it feel to share a “You Matter” card in November? Let me know your thoughts in the comments section below!