There’s been some staggering news emanating from the No Shit Department recently.

On August 5th, Axios posted a piece called, “Wealthy people are renouncing American citizenship”. It said this, in part:

The number of Americans who renounced their citizenship in favor of a foreign country hit an all-time high in 2020: 6,707, a 237% increase over 2019 … The people who flee tend to be ultra-wealthy, and many of them are seeking to reduce their tax burden. New tax and estate measures proposed by the Biden administration could, if implemented, accelerate this trend.

Here’s my favorite part: New tax and estate measures proposed by the Biden administration could, if implemented, accelerate this trend. Could? Could accelerate this trend? Since empiricism and common sense — along with connecting the dots — are dying arts, maybe we’re losing our capacity for recognizing causal relationships. Or maybe we’ve given up entirely on paying attention. I think it may be the latter because, to anyone paying any attention at all, the implications of what’s going on should be as clear as they are sad and fiscally terrifying.

Case in point: On June 16th of this year, the Tax Foundation, an independent tax policy nonprofit, published its “Details and Analysis of President Biden’s FY 2022 Budget Proposals”. Here’s a taste:

The Biden administration’s proposed American Jobs Plan (AJP), American Families Plan (AFP), and fiscal year 2022 budget would increase federal spending by about $4 trillion over 10 years, including $1.7 trillion for infrastructure, partially funded with higher taxes on individuals and businesses as well as increased tax enforcement … the tax proposals impacting individuals and businesses would increase federal revenue by about $1.3 trillion conventionally over 10 years … the administration claims about $700 billion in additional revenue from tax enforcement … the combination of revenue and spending proposals contained in the president’s budget would reduce U.S. gross domestic product (GDP) in the long run by 0.9 percent and result in 165,000 fewer U.S. jobs.

This is utter madness, of course. But there’s definitely method to it. Here’s all you have to do:

Step 1. Bash capitalism. This part’s really easy. Logically, it’s like the classic scene from The Bride of Frankenstein: All you have to do is tell the uncomprehending brutes what’s good and what’s bad. “Taxes good. Capitalism bad.” And then you mesmerize them into compliance with some fancy fiddle playing.

Step 2. Vilify profits. This is a little trickier because you have to condition folks to be envious of things they’ve never had and to feel entitled to things they haven’t earned. Nevertheless, if you’ve already sold them on, “Capitalism bad,” vilifying profits is a significantly easier undertaking.

To put things into context, a couple of other things from the Tax Foundation are worth noting (if you care to know what actually happened, rather than accepting what Uncle Sam and his toadies in the mainstream media told you happened): 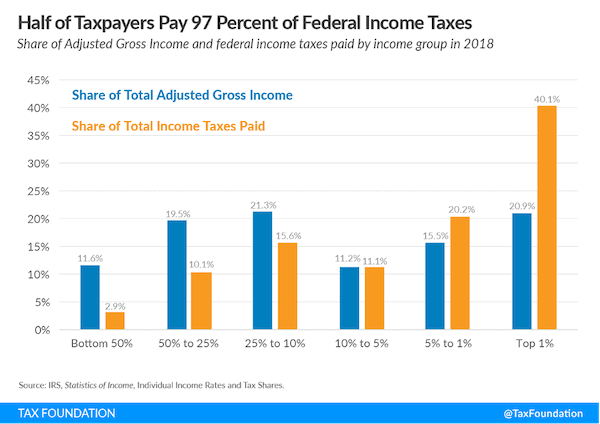 This might be worthy of being taken into consideration, as well, especially since our pals at ABC, CBS, NBC, CNBC, MSNBC, and CNN have been too busy to report any of this information since it became available three years ago: 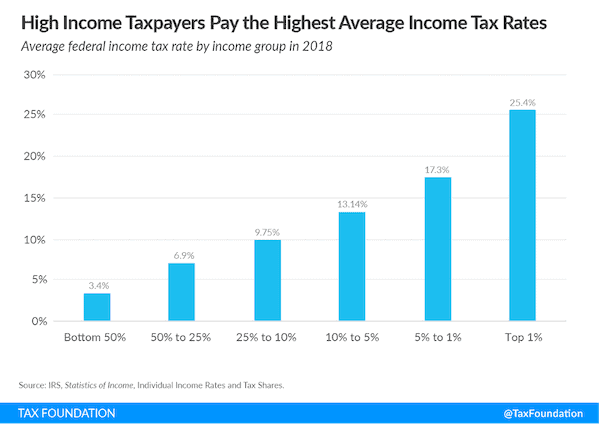 Let’s review: The top 1 percent of taxpayers accounted for more income taxes paid than the bottom 90 percent combined. Taxpayers with higher incomes paid much higher average income tax rates than lower-income taxpayers. And now a question: What do you want?

socialism (noun) a political and economic theory of social organization which advocates that the means of production, distribution, and exchange should be owned or regulated by the community as a whole [government], not driven by the laws of supply and demand

In case all the records have been lost, the historical track record of socialism includes slow economic growth; less entrepreneurial opportunity and competition due to government selection of winners and losers; lack of risk-taking, motivation, and incentive by individuals because of diminishing rewards and returns; and government control of goods, services, and their prices. What could go wrong? It already did. All over the globe.

There is one distinct advantage to socialism, however. It’s this: Very few things in life and language give themselves away so blatantly. And you can tell socialism was invented by power-craving sociopaths because there’s nothing social about it. It’s mendacity. And it comprises the theft of money, opportunity, ambition, spirit and, in some cases, lives. But whatever. We’re … uh … let’s see … what are we again? Oh, yeah. Busy.

If you’ve read this far, you might indulge me in asking four more questions. But first this:

I mean, I do think at a certain point you’ve made enough money. (Barack Obama)

Notwithstanding the narcissistic, pandering arrogance of the statement, setting aside the fact that it came from a man who never spent a private-sector moment in his life, ignoring the Obamas’ modest bungalow in Chicago, their summer cottage on Martha’s Vineyard, and the attendant hypocrisy of both, and given the popular concern for social justice, what’s just about the government’s taking from those who produce and giving to those who do not? Would you trust me to say you have enough? Why not? What would entitle me to say you have enough?

We’re yet again teeing up the Law of Unintended consequences, kids. And none of this is going to end well.

Prepare For the Best