The Life-Changing Impact of Coaching

What goals are you trying to achieve this year? Are they focused solely on business or do they focus on both your personal and business performance? Allow me to tell you a story about fear and the power of overcoming it.

There once was a financial advisor I was working with, he was preparing for his upcoming wedding while also trying to grow a thriving business. He struggled with rejection and took some time to bounce back when it occurred. During our coaching calls, we would talk about the conversations he would have with his potential clients and what he might like to try differently. We were building on his strengths and he was seeing headway. Fast forward, 1 week before his upcoming wedding and I get a call from him.

“She left me!” he said. The wedding was off.

To support his forward movement, we had a lot of work ahead of us. He could’ve chosen to let this define him. He sounded as though he was ready to, early 30’s and he said he was done. Ready to quit his job because he was afraid he would fail at that too and also give up on finding the right person.

The fear, we were trying to get over was rejection. So the objective was to build up his resistance to rejection. He should have asked and gotten rejected over and over again.

After several weeks had passed, we had another call scheduled. I could have been primarily focused on his business results. However, I chose a different approach. During our conversation, I sought his permission and invited an assignment. Go to the mall, and ask 5 beautiful women out for coffee. “What?” he said. The fear, we were trying to get over was rejection. So the objective was to build up his resistance to rejection. He should have asked and gotten rejected over and over again. Just as you will encounter when you are offering your financial services to people. He went to the mall the next day, went into the first store and saw a beautiful lady. After a few minutes of talking with asked her if she wanted to grab a cup of coffee. To this day, many dates and 5+ years later, they are happily married. He also has a professional practice that is thriving and that he is proud of. I get a wonderful call from him every now and then and hear in his happiness, thank you!

If he wasn’t challenged, how long would he have struggled with that fear of rejection? What if he didn’t take action to overcome the fear?

Imagine if I used only words rather than inspire him into action? His life would look different. What I saw in him, was that he was capable, he was good at what he did and he had it in him to succeed. The achievement of his goals were all in his mindset and willingness to try.

As coaches, we listen, we use words, we inspire action, we invite strategies and shifts to help people live their best life. Helping change lives is a privilege. The transformational coaching I offer includes not only the discipline of coaching, but it also includes change management and the science of well-being.

His fear of rejection was solved by coaching.

How would you like to maximize your personal and business performance? 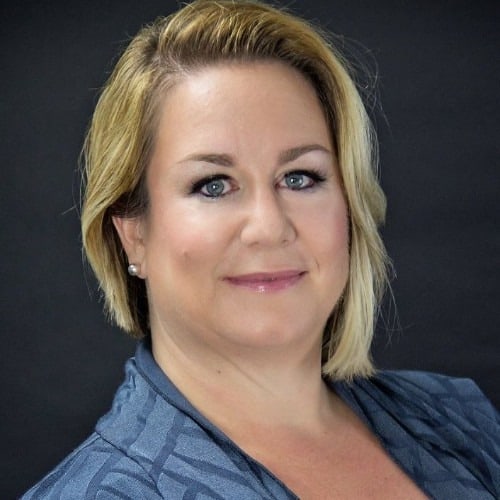 Jennifer Jimberehttps://jimberecoachingandconsulting.com/
Jennifer Jimbere is an entrepreneur, International best-selling co-author of the Dream Boldly I Dare You series, World Class Coach and Business Consultant. A recognized authority on change management, profitability, and organizational turnaround, she has served as an advisor to thousands of individuals and organizations around the world for more than 20 years. Her work can be found on Jimbere Coaching & Consulting and Radical Joy Seeking Women's Club. Jennifer has also been named Influence Magazine 100 Authority and recognized as Coach of the Month, April 2019 by Strategic Learning Alliance.

The Role of Emotional Contagion in Coaching