The James Bond Movie Casino Royale –and a Race Horse‎

Childhood memories visit our consciousness out of the blue; almost déjà vu moments, prompting other related or intrinsically connected memories.

Memorable events,  re-lived, visiting today’s life vividly and unexpectedly by sights, sounds, and other experiences take you back to that very moment of childhood.  Memories that were lost on the surface, but vivid when awakened. For they were always there; preserved for infinity, but released in the blink of an eye, or the time it takes for acetylcholine to bridge a synapse.

The other evening I decided to watch a James Bond movie.  I picked up a DVD: ‘Casino Royale’. On reading the title, I was transported back in an instant to an afternoon while playing on the lounge of my parents’ house; my Dad sitting intently, watching an Ascot horse racing event on a tiny screen;  black and white broadcast in those days; large valves which when replaced cost as much as the TV! The cabinet was in mahogany and had two doors that opened revealing the television; in those days in the early 1950s quite a wonder.

A grand piano was to my left, on which I did try to play ‘Brahms Lullaby’ with little success, being ‘moved from the being left-handed to ‎ right-handed‎. But that’s another tale!

I remember putting down the toys I was playing with and for some reason was fascinated with the lead-up to the start of the race. The crowd was noisy. The horses that were to race were revealed. 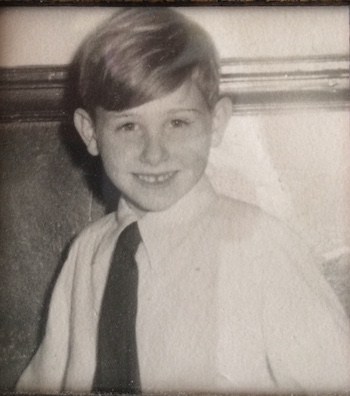 I happened to hear ‘Casino Lady’; which turned out to be a fine brown horse. My Dad used to telephone an office to place a bet; rather gentlemanly in those days! I remember vividly becoming very excited and felt that he should place a bet on Casino Lady! Not that I knew anything about betting for a horse!

Just the name rang out loudly like a noisy beacon of extrasensory perception!! after much determination, I eventually managed to persuade my Dad to back ‘Casino Lady’ and he placed a bet; probably exceedingly modest, not believing a child’s idea based purely on a horse’s name!

My Dad was highly amused by this five-year-old horse racing specialist who knew nothing of the breeding or the jockey or whether ‘Casino Lady’ had a track record of winning.

Then the race commenced. I remember the final furlong and the crowd making more noise. And then……..’Casino Lady’ won the race!! I can still see my Dad’s bemused face!‎ I have no idea what the winnings were, but I guess they were exceedingly modest! After all, would anyone trust the expert opinion of a five-year-old! More fun than money!  My Mom was certainly amused at my choosing the winning horse!

Gambling was not an activity to motivate or promote with a very young kid.

‎Back to the present day! ‘the movie ‘Casino Royale’ prompted my memory of those early years.  Starring Daniel Craig and my all-time favorite actress Dame Judi Dench who played the part of ‘M’.

On hearing Judi Dench was to be at Winchester Guild Hall‎ to give a talk about her life as an actress, I booked a ticket immediately. She was introduced by John Miller and with great passion, described her experiences throughout her life as an actress. There was stunned silence, laughter, and fascination. Her rôle as. ‘M’ in Bond movies was awesome. The true Judi Dench literally went ‘in character’. She was ‘M’ in those films.

Following this amazing show of enthusiastic proportions, it was possible to purchase her book ready to be adorned by her autograph. I then waited in a long queue to ask Judi Dench to sign the newly purchased book ‘Behind the Scenes’.

There were people taking ‘selfies’, but I decided that was not ‘me’. Instead, I asked her if I could take a photo, to which she happily agreed. I remember my hands shaking as I held a BlackBerry in my hands (the very same BlackBerry on which am typing now) and explaining that I was standing in front of my all-time favorite actress, hence my shaking hands! I did take a photo and she presented me with a  delightfully quizzical look on her face; a very, very gentle smile!

That moment shall live on forevermore.

The connection with a five-year-old besotted with a racehorse called ‘Casino Lady’ and as an adult, awe-inspired by Dame Judi Dench is ‘casino’.  Had I not been inspired by that race horse’s name back in the early fifties, there would have been zero synergy.

Now, both are united as special moments. Including a shaking BlackBerry!