The Illusion of the Under World, the Streets, the Strip, & the Roads

People do not make culture; in fact, it is the reverse.   Armed with this intellect, why do individuals choose to align themselves with such negativity? For enhancement, respect, survival, fitting-in, or having accessibility to facilities which are not necessarily obtainable in third world countries, where morals and civilisation prevail.

My confusion ends when I see the lack of opportunity and diversity in these urban areas; revisiting poignant memories and recalling previous encounters and possibly similar to some of yours.

Croydon, Surrey during 2003 in the last year of primary school saw the emergence of many teenage social groups; however, the most popular groups accommodated the worst trouble makers. They all spoke the same and shared the same sense of style, but most importantly they all appeared to be “respected.”  Some of the perks that came with the come-up and the notoriety included females, identity, and security as they abided by their own set of rules.  It was not until several years later I realised those dividends were nothing, but mere illusions.

Extract from my book: Who Am I? 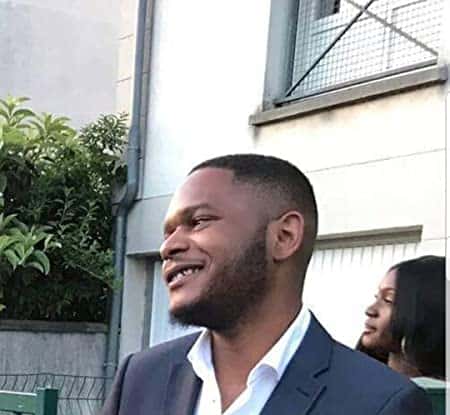 Kevin Munga
Kevin Munga is an Activist, Author, and Public speaker. In 2017, he released his first book "Young Black Males Have Potential" which amassed significant attention and has been featured on several reputable news outlets and TV shows. Including Russia Today, The BBC, London Live, Congolese National TV RTNC, and Dutch National TV Synaps. Kevin is of Congolese descent and is the youngest from a family of three. He was born in the Northern Suburbs of Paris in a small town called Sarcelles. At the age of twenty-one, Kevin stumbled across the opportunity to be able to gain the necessary qualifications to get into university via an Access course. Kevin was able to gather the finances to pay for the course and acquired the qualifications to gain entry into West London University to study Law. During his degree, Kevin started volunteering at PRU schools and this eventually led to a path of Activism. In his second year of University, this activism translated into Kevin's first book that he wrote independently entitled 'Young Black Males Have Potential.' The book touches on the stereotypes and struggles faced by young males in the minorities and provides motivation, productive solutions, and self-help techniques in order to overcome and challenge these struggles and stereotypes. The book was released in October 2017 and slowly gained media attention. Following the release of his book, Kevin has been invited to several news and television outlets. Including Russia Today, The BBC, London Live, RTNC (National Congolese Television), and Synaps (National Dutch Television). He has also been invited and had the opportunity to meet with London Mayor Sadiq Khan and Shadow Home Secretary Dianne Abbott. In conjunction with the book, Kevin began receiving requests from schools, colleges, and financial institutions to speak about his personal experiences. He has taken on a successful path of motivational public speaking with his most recent appearance being at HM Prison Wandsworth. Kevin recently signed a publishing deal with Austin Macauley Publishers. Now an Activist, Author, Law graduate, and Public speaker. Kevin aims to continue defying the odds and often states the following: "I am trying to challenge the ideology that in order to be somebody where I am from, you need road status. Or that the only way young black males make it where I am from, is if they know how to kick a ball or write lyrics.”

Why Do We Mature So Late? What Is The Prefrontal Cortex?...

Where Does the N-word Derive From? And the Disturbing Perception that...