The History Of Apprenticeships In The US Apprenticeships have been a keystone of worker education since the middle ages. Over the centuries, they’ve changed in response to shifting economies and social norms, but they’ve never disappeared.

And they may play a central role in the current push to help Americans compete in the global workforce and revive local economies that once relied on unskilled manufacturing labor.

Apprenticeships have been shown to pay off for employers. In a US study, companies got a return of $1.47 on every dollar spent.  And they’ve worked well in European countries to address youth unemployment.

In some areas, like South Carolina, apprenticeship offerings have increased greatly in the last few years. But most people don’t really know much about apprenticeships or their history in the U.S.

To understand apprenticeships, we have to start in Europe, centuries ago. In the middle ages, crafts and trades were governed by powerful guilds. These guilds controlled competition and maintained standards of workmanship.

They essentially set up the first structured apprenticeships, in which the craftsman promised to provide training, lodging, and meals in exchange for the labor of a young worker. Often the apprentices were 10 or 12 years old and stayed until age 21.

Not all apprenticeships during this time were managed by the guilds, however. Some families with extra kids on their hands would send them as essentially free labor to other homes. If they learned something while there, so much the better.

But all apprentices were indentured to their masters for several years.

“Indenture” refers to the practice of tearing notches in both copies of an apprenticeship agreement so they have identical tears or indents. This was how each copy could be determined as valid and one party couldn’t just change the agreement unilaterally.

In the new world, there was little governance or oversight and a great need for labor. So apprenticeships were conducted according to local custom, mostly borrowed from European roots. Few records survive regarding the type and numbers of apprenticeships in the colonies, but one from Philadelphia counts 537 apprentices in 33 crafts by 1770.

While apprenticeships served an important function, the conditions weren’t always favorable to the young learner. Benjamin Franklin, who was an apprentice printer with his brother wrote of his experience:

“But my brother was passionate, and had often beaten me, which I took extremely amiss; and, thinking my apprenticeship very tedious, I was continually wishing for some opportunity of shortening it, which at length offered in a manner unexpected.”

When industrialization swept across the U.S. in the 19th century, employers began to exchange labor for hourly wages. Workers were seen as interchangeable cogs. And apprentices simply became junior workers who earned less initially but often received little training.

So traditional apprenticeships began to fade away, with one report showing that apprenticed white males between ages 15 and 20 dropped from 20% to 1% between 1800 and 1860.

Around the turn of the 20th century, as metal production and machine-building factories became more complex, companies returned to formal programs for educating new workers. They typically provided a year of training in return for three years of work at a lower wage, but it was a worker’s market and newly trained apprentices often got poached away.

After the 1920s, though, training shifted away from companies. Public schools, trade schools, and colleges were tasked with training for white collar and skilled manufacturing jobs. Unskilled manufacturing labor learned on the job with little formal instruction, and only the trades, such as electricians, carpenters, and plumbers carried on an apprenticeship model.

With the labor landscape changing rapidly in the early 20th century, state and the federal government began to regulate apprenticeships. In 1911, Wisconsin created the first Registered Apprenticeship program to provide structure and consistency and help ensure that both employer and apprentice benefit from the engagement.

In 1937, the U.S. Congress passed the National Apprenticeship Act, setting up the Registered Apprenticeship program still active today with over 24,000 registered apprenticeships. These are designed to establish an appropriate level of skill and experience for graduates. And they’re created with input from subject matter experts, trade associations, labor unions, and others.

Today, apprenticeships are slowly becoming more common. Companies are looking for ways to fill in the gap between secondary education and practical work skills. And candidates are looking for alternates to heavy student loans.

In addition to the trades and manufacturing, there are excellent programs in engineering, green energy, and health care. According to the US Department of Labor, there are over 400,000 apprentices in the country learning over 1000 occupations.

Still, there’s a widespread perception that apprenticeships belong in the trades, and other industries still look for schools to do the initial training. But there are 6 million unfilled jobs in the U.S. and just under 7 million unemployed. Many companies say they just can’t find people with the right skills to fill the roles.

The skills gap is not the only cause of the employment disparity, but maybe it’s time for companies to stop expecting perfectly experienced candidates to show up for their offered jobs. Maybe they need to consider creating their own employee pipelines through apprenticeships. 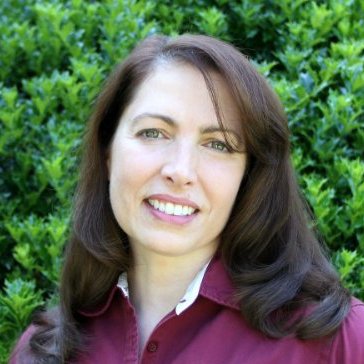