CONTROVERSIAL AND FORTHRIGHT conversations are never easy. The dialogue requires tact, diplomacy and the ability to communicate without damaging relationships. For this reason and many more, difficult conversations are avoided and many are addressed using a method of discussion that is often times one sided. Subsequently, these types of communication dictate and favor control rather than create a culture where opinions are shared, ideas welcomed and conflict managed. These seldom produce results.

Many employers and managers are seeking an effective way to properly handle conflict and difficult conversations. In fact, there are currently over 100 degree programs dedicated to the study of conflict resolution at universities and colleges across the U.S. compared to just a handful in 1980.

m an individual I worked with some 10 plus years ago brought this to the forefront for me. After pleasantries were exchanged she admitted she was calling for some advice. She went on to explain that a co-worker of hers was very difficult to work with. The colleague was extremely negative, spoke behind my friend and others backs and poked fun of others. On three occasions she met privately with her co-worker and voiced her concerns. Each time she was cut off with flippant remarks such as, “get over it.” Needless to say, my friend did her best.

Because the behavior became too much for her to handle, she proceeded to ask for her supervisor’s assistance. She did not want him to fix the problem but rather facilitate a meeting between the two. She hoped a well-managed intervention would yield helpful results. She was wrong.

The response from her supervisor was weak. He did not like confrontation. However, in true middle management fashion he sent out a memo which emphasized the need for people to work together and get along.

Does this sound familiar? Unfortunately, for many people this is standard operating procedure. I have seen great talent leave their employer due to their own or their supervisors lack of conflict management skills. On the flipside, I have witnessed firsthand the benefits of developing people so that they are able to manage conflict successfully. One wastes time while the other develops a culture of trust and healthy communications. [message type=”custom” width=”100%” start_color=”#D8D8D8″ end_color=”#D8D8D8″ border=”#BBBBBB” color=”#333333″]As leaders, we have a responsibility to create an atmosphere of open communications. We must be aware of how we communicate as well as what the receiver understands. We must ask ourselves if our message is clear. If it is not, the message we hoped to deliver is destined to hideout? Remember, if a conversation remains hidden it cannot produce results that are meaningful, thus it becomes merely a waste of valuable time.[/message]

It is up to each of us. However, with time being such a valued commodity I believe that holding those difficult conversations and managing conflict that inhibits an organizations growth is a far better use of one’s time. This is better than wasting efforts on seemingly effective communications which produces nothing more than a “hide out” for difficult conversations. 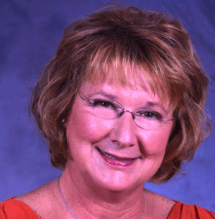 Theresa Zimmermannhttp://futurefocusgroup.com/
THERESA is a founding member of Future Focus Group, LLC, based in Houston, TX. She has spent a majority of her career in human resources as a Talent Acquisition specialist and most recently as an HR Manager in one of the largest hospital systems in Wisconsin. Currently, Theresa is on the adjunct faculty of Lakeshore Technical College in Cleveland, WI. She also is an active member of the Sheboygan County Chamber of Commerce and currently serves on the Board of Directors for the Kiel, WI Chamber of Commerce. Theresa also provides leadership workshops as part of the certificate program offered by the University of Wisconsin-Green Bay SBDC. She is a co-author of “Evolved…Engaging People, Enhancing Success”. Theresa is a native of Wisconsin.