The Great American Resume (Part I)

FOR THE LAST 150 YEARS, US writers, readers and critics have looked for a supremely great work of literature that could epitomize the greatness of American culture – the Great American Novel. Starting with “Moby Dick” and “Huckleberry Finn” to John Updike, Philip Roth, David Wallace and many others today, the search continues – no one has been crowned yet!

In job search world, I would suggest there is a similar desire for “Great American Resume” – the resume version of a winning “lottery number.” No doubt, every jobseeker wants a sure-fire, guaranteed document that will always work and get them that great job. But the reality is – no “magic wand” has been found – some will continue the search for that Great American Resume… and since there are no billionaire resume writers, the secret formula for success goes on!

One big reason that no one has ever created this magical tool is that far too many resumes have fatal flaws. Many people assume that too often resumes really are “fictional,” padded full of false facts and figures that the jobseeker cannot back up. This is probably the worst stereotypical label that resumes have earned because so many people indulge in their dark side and make stuff up – and, as we’ve seen regularly in the news, it does come back to bite such offenders.

But to illustrate my point about connecting flawed resumes and literary giants, I have chosen four top American writers from the 20th century – F. Scott Fitzgerald, Thomas Wolfe, William Faulkner and Ernest Hemingway. Certain particulars of their styles highlight what can hurt the narrative packaging of a perfectly good career arc.

Of course, this is not meant to be a definitive analysis of a writer’s approach – this is a job for literary critics. Rather, I want to showcase one obvious aspect, translate it into a resume context and explain how it is a negative. Jobseekers can, in turn, review their document and move to resolve the issue before it hinders them further.

Fiction writers write to entertain and inform. The four writers I have chosen have their many fans – I’m a fan of all of them. Two of them won Nobel Prizes for Literature – Hemingway and Faulkner – all four have had movies made from their books. Of course, their styles won’t equally appeal to everyone but they have generally been accepted and appreciated by our literary culture.

Jobseeker resumes can’t afford to run the risk of having readers misunderstand or miss out on what is being described or promoted. In contrast to writers who want lots of people to buy their books, jobseekers are ultimately looking for that one “fan” that will hire them. Potential employers, i.e. fans, must be able to read a resume and quickly grasp skills, achievements and how they can fit into their organization. And they don’t want to read made-up fiction.

F. Scott Fitzgerald: A favorite in high school and college classes, plus Hollywood – “Great Gatsby,” Fitzgerald’s writing has a distinct lyrical quality that sticks with readers for a long time and helps to make his work very cinematic. In fact, he wrote screenplays in old-time Hollywood at the end of his life, but he struggled with the requirement in screenplays for stripped down dialogue – it did not mesh well with his luxuriant style.

Unfortunately, this more glitzy quality does not always translate well into resumes, but many people still try it. When this happens, the content is too flowery and over-focuses on delivering subjective impressions – these don’t make easy sense or connect dots for the practical workplace. Rather, jobseekers should concentrate on providing a straightforward career narrative that is accessible and understandable by potential employers. Services like Copy My Resume can be helpful in this regard. This is far more crucial than creating an “artistic” touch – even for those in the more creative jobs… The employers relevant to you will want to see what specific and quantifiable achievements you have delivered. If your resume emphasizes that kind of narrative, you’ll get the kind of “fan” reaction you want. 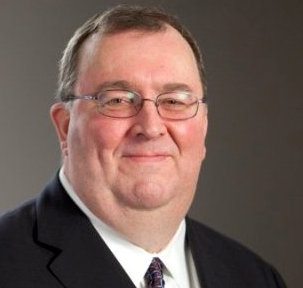 Steve Burdanhttp://realclearresumes.com/
AS A Certified Professional Resume Writer (CPRW), Steve brings over 24 years of writing and supporting clear, concise and effective Resumes, LinkedIn Profiles and other career tools for clients at all levels around the world. He is fully familiar with critical job dynamics and responsibilities in many sectors, such as Sales, Marketing, Operations, Financial Services, Corporate Finance, IT, Consulting, Supply Chain, Customer Service, HR, Advertising, PR, Education, Non-Profit, Government, Military Transition and other niches. Steve always puts a premium on accurately identifying and packaging best-of-best skills, abilities and achievements to create a a more flexible tool and smoother career narrative, and thereby enabling clients to get better traction and results in a successful job search. HE has interviewed, coached and counseled top executives, managers and professionals in environments ranging from start-up to Fortune 50. He has a solid understanding of cross-cultural dynamics – having lived overseas for long periods of time. Earlier in his career, Steve was employed in retained search where he polished his abilities in interpersonal communications, customer service and timely project delivery. He also worked as a college recruiter for an adult degree program. Steve has an extensive academic background that includes multiple degrees.