3D printing and healthcare would make no sense if used in the same sentence. In the current wave of technological advancement however, 3D printing and healthcare do make smart sense together. Initially, this technology came to be referred to as “rapid prototyping” because that was the purpose it was developed to meet. Nobody back then even estimated the impact this shred of technology may have across industries all over the world.

As humans, we are prone to making mistakes. This tendency does not spare doctors either, as they too are humans after all. But the integration of rapid prototyping and healthcare has helped doctors get a better look at what they are dealing with. This way, fatal errors are evaded. The applications 3D printing finds in healthcare are far too many to enlist. However, here are some applications that are simply revolutionary.

3D printing healthcare applications that are too good to miss

1 – Prosthetics that fit Quite often, patients have complained about ill-fitting prosthetics. If a prosthetic does not fit well, it may have its own share of issues, like bruising and rashes. 3D printing has made printing prosthetic parts a possibility.

Seemingly, arms and legs are known to be the most commonly printed prosthetics. It all began when Ivan Owen in 2011 designed a bionic hand. This led to the creation of a global network of volunteers – e-NABLE Community – who help design and print prosthetics for those in need. The ill-fit of prosthetics stems from its mass production. With 3D printing in the mix now, prosthetics are custom-made as per individual requirements. Patients all over the globe rejoice at the prospect of prosthetics that end up fitting them better. That way, they won’t have to settle for mass produced prosthetics which make them feel uncomfortable in the long run.

2 – Using 3D printing for Bio printing and Tissue Engineering Nobody would have ever foreseen the use of Computer-aided design (CAD) and fabrication technologies to have such far-reaching effects. But when 3D printing was witnessed serving Tissue engineering and Bio mimetic, the whole medical community noticed something revolutionary in the brewing.  3D printing helped Scientists approach attempting to replicate embryonic elements with the intention of correcting embryonic anatomy. This way, children would not be born with anatomical defects in the first place.

3D printing gave regenerative medicine a whole new direction. There however are nuances that need to be considered to specific bioprinting applications. There are complex tissues types which need specialisation. A formative application as it may seem, its applications and possibilities are practically endless.

3 – Skin burns won’t be leaving scars anymore For centuries, there has never been a sure-fire and undetectable solution to skin burns. Victims of acid attacks or fires have always had to carry their tragedy everywhere they go.
With 3D printing, however, skin burns can be forgotten like it never happened. A team of scientists in Spain have created a 3D bioprinter prototype that can print out human skin.

There would no longer be any sort of reliance on grafting, or any such method. The prototype in Spain could print out around 100 square centimetres of human skin in about half an hour. This technology is revolutionary for burn victims all around the world, as they can now finally hope to have their prior self restored intact.

4 – Using 3D printers for Bioprinted Anatomical Models Practice generates better results and that is a truth nobody can deny. Especially when the stakes are too high, like in the case of a surgery, practice may just end up being life-saving.

With 3D printing, a part of a patient’s body can now be printed to perform a mock surgery on. This way a lot of mistakes during surgery can be avoided, enhancing the success rate of vital operations. Patients all around the world sometimes fear undergoing surgery assuming that they might just never be back. With 3D printing anatomical models, doctors can reassure their patients and ensure that everything goes as planned, quite literally.
Plastic anatomical models are now possible due to 3D printers. Studies show that 3D printing anatomical models can lessen the operational duration for certain procedures by as much as 30 per cent.

5 – Bio printed Pills It will soon be possible to print your own medicines at home, without having to rely on the pharmacist. All that would be needed is to get the prescription to the online drug store and get the digital ink. This ink would be fed into their printer.

The concept was first introduced by Chemist Lee Cronin at a TED talk. It started off as a concept and soon became a reality with US Food and Drug Administration (FDA) approving the first ever 3D printed pill for a certain sect of epileptic patients in 2015.

This saves the hassle of patients missing out on prescriptions, or pharmacists running out of medicines. With 3D printers, the medicine you require can materialise right in front of you, without you having to do much about it. Printing medicines is said to revolutionise the way people get themselves treated in the future. The idea of 3D printing is said to be a promising one and healthcare is really meant to benefit from it in the long run.

6 – Bio printed Implants Implants can help restore a person’s functionality and help them deal with disabilities they otherwise did not have a solution to. It is estimated that over 10 million people in the UK itself suffer from hearing loss.

There is a lot of pressure on the healthcare system to treat cochlear implants and arranging hearing aids. Medical bioprinting is now considered a boon to the entire implant industry, for all the health benefits it brings with it. Breast Cancer can also effectively be treated by surgically replacing the cancer affected areas with synthetically created organs that compensate for the organ.

7 – 3D Bioprinting Challenges that come up However path-breaking it may seem to appear; applying 3D printing in healthcare is more of a challenge than it appears to be. There are clinical trial approvals and regulatory clearances that stand obstructing the commercialisation of 3D printing.

In the medical industry where treatments and organs are an integral part, but its availability is an issue, 3D printing stands to be an ultimate solution. With precision that’s unmatched to the current situation, 3D printing also ends up slashing down on overall costs.  The way human bodies will be treated hereon are on the verge of changing forever, courtesy 3D printers. And that definitely brings in a reason to celebrate.

Do you know any notable 3D printing application for healthcare? Do write to us and let us know! 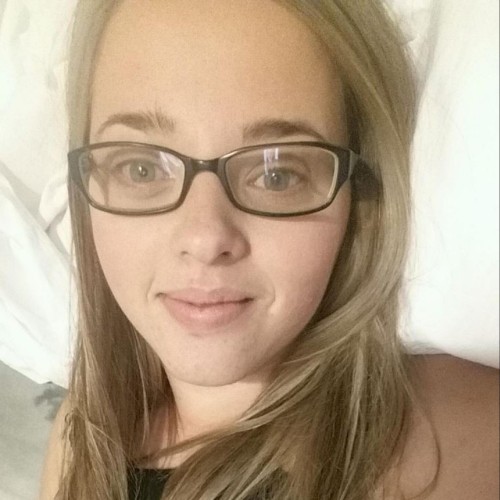 Mila Jones
Mila Jones is a Senior Business Consultant, with rich experience in the domains of technology consulting and strategy, she works with both established technology brands and market entrants to offer research inputs and insights on leveraging technology as a source of strategic competitive advantage. She is a prolific author and shares her expertise with tech enthusiasts on popular digital publishing platforms. She loves not only to write about several topics but also loves to explore new ideas about Lifestyle, Travel blogs and many more.