The Freedom To Communicate

Congress shall make no law respecting an establishment of religion, or prohibiting the free exercise thereof; or abridging the freedom of speech, or of the press, or the right of the people peaceably to assemble and to petition the Government for a redress of grievances.

– The First Amendment of the United States Constitution

Think back to a time where there was no social media, no mass media, and no printing press. How was a message passed? Two ways: through oral conversation or the laborious task of duplicating messages by hand. These two conditions meant that your message didn’t really go far, but then again, neither did you. Most of your business was decided in your community and you had little fear of far off places impacting your life.

Today, we have much greater ability to communicate than the great thinkers and scientists of the past who laid down the foundations of our society today.

Fast forward to today. The technological leaps we have made allow us to replicate the message faster, spread the message faster, and reach a wider audience. I hit “publish” and this article is theoretically accessible to over 3 billion people by the first degree. Generally speaking, these advances have worked out well for us. Think free societies, scientific innovation, friendships, and bonds. Today, we have much greater ability to communicate than the great thinkers and scientists of the past who laid down the foundations of our society today. They were limited to coffee shops and town squares for most of history. Imagine what a bright light this ability would have been for them and for us. Now imagine a means existed to deny, filter, and augment their message. This path is truly darkness for those who care about freedoms and liberties.

The Ability to Communicate

Communication of any form requires a receiver. I can have all the protected free speech I want, but if I am denied the ability to have that message heard, the net effect is the same.

It is suppression of free speech by other means.

To be clear, I am not talking about the receiver not wanting to listen or read what you have to say. That is an individual liberty we should all enjoy. If I don’t want to hear or read what you have to say, I have the liberty to ostracize you out of my life. If I don’t like what you say or writing, I have the liberty to engage in debate with you, should you wish to engage. In either of these cases, you have not been denied the ability to communicate your message. I am also not talking about the cases which could result in immediate and tangible harm. You always maintain the ability to communicate to others by yelling “fire!” in a crowded theater when there is no fire, yet as a society, we have agreed such reckless behavior should be punished because your actions put innocent others at unnecessary risk. That risk is getting trampled by a rushing mob of scared people, not the risk of having your feelings hurt.

So what am I talking about?

How the Past Had the Ability to Assemble

The rail system, a major technological achievement of the day, gave these two Presidents and countless others the ability to communicate to the masses, whether it was for political aspiration or for commerce.

Think to the 1800s. William Henry Harrison was the first presidential candidate to use the rail system to campaign in 1836. He lost in 1836, but in 1841, when he won, President-elect Harrison used his train to roll into Washington, DC. Shortly thereafter, President Lincoln used the train and rail system extensively to rally support for his policies by talking to people directly. The rail system, a major technological achievement of the day, gave these two Presidents and countless others the ability to communicate to the masses, whether it was for political aspiration or for commerce. Neither Harrison nor Lincoln owned the entire rail infrastructure used to exercise their freedom of speech. Private companies built, maintained, and operated these lines and trains, all of which sat on the land of the people, land which was granted to these companies by the federal government. Imagine for a moment if Lincoln was denied the ability to board the rail cars, all because The Baltimore and Ohio Railroad, or the United New Jersey Railroad and Canal Company, or The Delaware and Hudson Railway did not like what Lincoln had to say.

What would really be going on?

Lincoln would be having his freedom of speech suppressed by other means.

If the rail car companies can deny boarding by some discriminatory means, they are also denying the individual the ability to travel over a network of federal lands. That is the sleight of hand. It is the powerful private interest that, by proxy, suppresses the constitutional rights, because it is the powerful private interest that holds a monopoly over a key technology that society has become reliant on. Therefore, until such time where there are competitor rail car companies or new modes of travel, the private interest holds dominance over the ability to communicate.

When a Private Technology Becomes a Public Reliance

I’m preempting an argument: “but it’s a private company, they should be allowed to be able to deny somebody the ability to board.” Generally, this is a valid argument. But what if that private technology has become something the public relies on? And then what if the private entity discriminates against users that rely on the technology?

Let’s reframe the Lincoln example. Lincoln is allowed to board the rail car, but because of what he is advocating, the rail car company only allows him to travel to certain destinations and say certain things when he assembles because the rail car company’s interests are at threat by what Lincoln is saying. Instead of allowing the general public to ostracize Lincoln because they do not like what he has to say – the hallmark of a free society that allows its citizens to exercise their individual liberty – the private entity is exerting its monopolistic power over what Lincoln has to say. And the private interest can do so because they control the technology. In other words, Lincoln’s ability to communicate is being denied. And if the powerful interest can deny Lincoln from boarding, they can surely do it to any other individual.

There are only three solutions to this potential problem:

The Rail System of the 21st Century

Railroads were a major technology of the 1800s that allowed people to assemble and speak freely. Fast forward to today and you know this conversation leads to the Internet. Instead of land, railroads, and rail cars think radio spectrum, telecommunication lines, and social media companies.

Generation and transmission of radio waves is strictly regulated, done so through national laws. It is necessary to do so because it would be impossible to communicate otherwise. Radio waves would be crashing into each other and could put the public in harm’s way. Think somebody laying down some railroad track through your backyard just because they felt like it. Reliable radio transmission would be impossible if we did not have these governing rules, many of which are coordinated by the International Telecommunication Union. Here is how the system works: the federal government grants the use of spectrum to a private company in order to build a network. These private companies are called service providers.

The 21st Century conundrum is the rail car. But really, it shouldn’t be.

Here is why: imagine you are traveling from New York to Los Angeles to speak at a conference, but the rail car company refuses to allow you to board because of your political views. There would be personal outrage. You would seek remedy from authorities, informing them of the unjust and discriminatory practices of this rail car company. You would want to make your story public, who may also share in your outrage. And if there were competing and comparable rail car companies, offering similar services for similar access, the discriminatory rail car company could lose customers and ultimately go out of business. There’s the key though: true competition. Without it, private interests that hold a monopoly of technology that the general public relies on are more powerful than meets the eye. More to the point, certain private interests, through proxy, can deny constitutional rights. 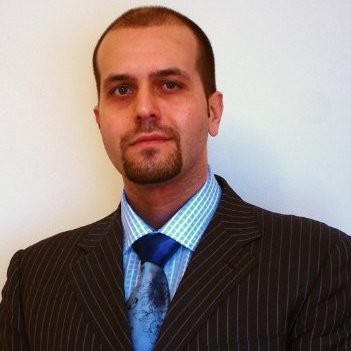 George Platsishttps://georgeplatsis.com/
George Platsis works the private, public and non-profit sectors to address their strategic, operational and training needs, focusing on projects related to business development, risk/crisis management, resilience, cyber and information security, and cultural relations. His primary focus is on human factor vulnerabilities related to cybersecurity, information security, and data security by separating the network and information risk areas. Some of the issues he tackles include: business continuity, resilience strategies, social engineering, insider threats, psychological warfare, data manipulation and integrity, and information dominance. He is a team member of SDI Cyber, based in Washington, DC, an independent consultant, educator, and a founding member of The #CyberAvengers. He holds a Bachelor of Business Administration and has graduate degrees in Business Administration, Disaster and Emergency Management, Law, and Cybersecurity. He has completed executive education in national/international security and cybersecurity at Harvard, Syracuse University, and Canadian Forces College.