The End of Commitment

The most prophetic words of the last hundred years were not offered by a scientist, a political economist or a sociologist. Nor were they uttered by an AI programmer, Big Data entrepreneur or even a self-styled “futurist.” They were written by a poet.

Where is the wisdom we have lost in knowledge?

Where is the knowledge we have lost in information?

T S Eliot wasn’t attempting prescience with these lines. His astute assessment of the state of his own time, however, has grown into a damning indictment of our own.

Wisdom lost is the squandered essence of the great spiritual, philosophical and aesthetic traditions of the past.

Knowledge, our knowledge, is the “heap of broken images” of what remains to us from the pre-modernist world, the irretrievable values that we can barely apprehend let alone appreciate.

And information, ah, information, the new idol of all worship, the sole and soulless driver of the wheels of the social, cultural and commercial worlds. It is the rising cacophony of the Twittersphere, the dissonance of disconnected voices in the digi-verse, perpetually interrupting, interfering, intruding, twisting, warping and distorting.

While Eliot was writing, a relationship was unfolding between two people whose tender story of contact, communication, and connection is the simple essence of mutual human commitment.

84 Charing Cross Road is a small film that garnered some small awards, an intimate rendering of a play adapted from an epistolary memoir, a recipient of genteel reviews and a staggering wake-up call to the crass falsity of today’s social media.

Over time their mutual confidences grow richer in the small details of their respective lives. Their correspondence transcends its original commercial purpose and becomes a series of increasingly familiar exchanges, with a fragile pathos that almost makes us feel guilty to overhear. “You know, Frankie, you’re the only soul alive who understands me.”

She sends gift parcels to the rationing-scourged Londoners. They, in turn, move her to tears with the unexpected arrival of a reciprocating gift, a small volume of love poetry, in remembrance of one of her earlier capricious and then-forgotten requests. The kindness of small things that passes between them is the antithesis of #posturing and virtue signalling.

They write to each other for twenty years. They never meet. And yet their relationship is a genuine instance of trans-national connection that shames the sickly imitation offered these days by social media. The example of their mutually sustaining bonding starkly shows up social media’s pretensions to “connectedness” as both perversion and farce.

Mirror, mirror in my hand / Who is the fairest in the land?

Facebook can claim more members than any other institution at any time in history. And, as Big Tech and Data have shown, with great influence comes great… venality. It can be argued that the platform was never really about connectedness and contact at all.

A recurrent theme in David Fincher’s mega-earning movie The Social Contract is the emergently inevitable greatness of Facebook, the cool-cachet anticipation as user numbers expand exponentially, Jesse Eisenberg’s impressively dysfunctional Zuckerberg and Justin Timberlake’s even-more-impressively oleaginous Sean Parker in breathless “we don’t know what it is yet” veneration. (Still, they knew what it was, born of hubristic egotism, Ivy League exclusivity and a frustrated then-incel’s sexual revenge fantasies). The film is hardly a primary source, though, in these days of confected and curated digital self-representation and authentically inauthentic Reality TV, it’s positively oracular by comparison. The aspirational connectedness that Facebook representatives hype (including Zuckerberg in recent US Senate Hearings) was only ever designed to be the rationale for more effective and lucrative monetisation.

Former presidents and VPs of Facebook have acknowledged the addiction model, “dopamine-driven feedback loops” and so on, the exploitation of intermittent reinforcement that iconic Behaviourist B F Skinner showed, over a half-century ago, lies at the root of addiction formation. 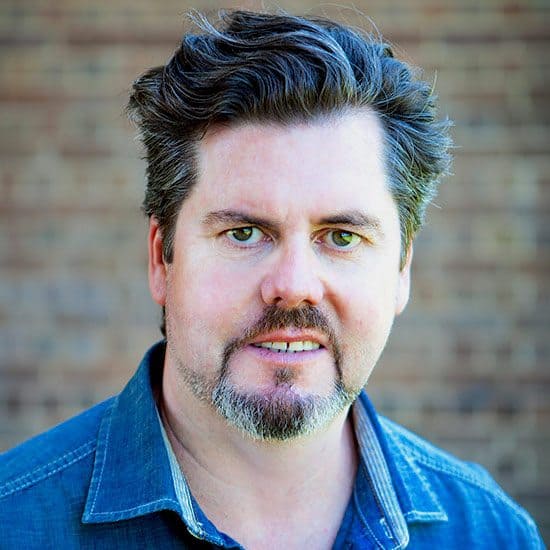 Evan Mitchellhttp://howandy.net/
EVAN Mitchell graduated from the University of Sydney with an Honors degree in English Literature and Psychology. He worked as a sommelier in fine dining restaurants before joining Mitchell Performance Systems (MPS) as a designer and consultant. Evan spent a number of years developing sales performance strategies for leading US consumer products companies. He has co-authored three books with Brian Mitchell, on commercial psychological themes – including the Praeger 2009 publication The Psychology of Wine – and given joint papers at major conferences and festivals. He also heads up research efforts in developing marketing strategies for the broader Millennial generation consumer market. This work has led to the development of the Aspirational Values model, a unique new approach for companies wanting to align their brands with the Gen Y consumer, or waning to engage with and motivate Gen Y employees.