Do you know why? I had the desire to live where there is racial justice, where there is diversity, where everyone is accepted for who they are. That is how I saw US in my first 30 years of life.

I never ever forgot how happy I felt to be among a diverse group of people representing dozens of countries.

I tell this part of my story everywhere and in my book; I always wanted to recreate the amazing diverse environment I experienced at a youth camp when I was 20. When I went to this camp with young people like me from all around the world, with no coincidence, I first became friends with the Greeks. I was always told; we as Turkish people do not get along with them. Well, I realized we do. I loved them and we had so much in common including our cuisine. Then I met an Egyptian, then I met an Austrian, then an American, then a Swedish and I realized all the differences I was told were coming from politicians, not the real people; we were all the same. I met my first African-American friend there too.  I never ever forgot how happy I felt to be among a diverse group of people representing dozens of countries. The overwhelming feeling was of unity and equality. It made me so content. I knew the whole world should feel this way too.

I lived in the US between the ages of 3 and 5. I do not remember too much. After that, I came back to the US a few times and I always felt good here. I was taking trips to Europe a lot more at the time; I did not felt as welcomed there as a Turkish citizen. All the things I had to do to get a travelling visa was ridiculous; it made me feel like a second class world citizen. When I said I am Turkish, they would compare me to people who were brought to Europe for cheap labor and think less of me. I always felt it. The USA never made me feel that way. I had a tourist visa for 10 years. That alone was extraordinary for me while all my visas to go to Europe was only for a week or a few months at a time.

I always saw the US as diverse as a country can be. They have people from all over the world. They treat them equally. It is a country of immigrants. Everyone came from some other country at some point. This made the US always so special for so many people in the world. We all looked up to what the US was able to accomplish. They had slavery at some point, but it was in the past. So I decided it is the perfect place to recreate how I felt in that youth camp.

That is why I chose to live here.

Now I see my own ignorance. My lack of education in racism. I did not see the realities before I came here.

We can get so comfortable knowing we are not racists. We are not treating black people bad, so it is not on me. Those racists should do better. They should be fixed, not me. We think it is enough to be against racism. Some white people do not treat black people with respect and dignity; there is injustice. Justice needs to find its place, but again, that has nothing to do with me. We would never do those terrible things to them. We think it is enough to feel empathy.

We hear white supremacy and systemic racism and we think we know what they mean. We think it is enough to look at the words only and think we understand.   We do not even want to watch movies that show the brutal facts about racism because it makes us uncomfortable. While we cannot even stomach the movie, we ignore that those are daily experiences of the black community. We think it is enough to know the racism still exists.

Now we are waking up to the fact that none of this is enough, has never been enough.   I learned a lot more in these two weeks than I learned all my life about black communities.

We need to figure out what our values are, what we want to stand for as a nation, what our purpose is as a country emerging from this.

How do we want the world to know us? How do we support the black communities now that we have awakened more?

The first step I see as an immigrant is:

To LISTEN a lot more and LEARN more, then ACT and DO more.

Without going into heart-breaking stories, stats, or real facts, these are some of the very basic things I learned so far:

Many white-skinned people feel guilty. I think we can all take responsibility without the guilt.

I feel responsible to learn more and do more about the racism issues in the country I dearly love. I still want to keep my dream as a 20-year-old alive. I want to see the US as an amazing leader of equality and justice that the whole world looks up to. We have all the ingredients already; we are the most diverse country. Let’s do everything we can to use that power for good in humanity.

Let’s make sure changes are made not only now but to carry them into the future so that my black friends can feel safe raising their children in the country they also love. Probably no 20-year-old now thinks the US has left racism behind like I did at the time. We are so global, news, videos travel in the speed of light. People all around the world are protesting seeing the injustice. So let’s strive to be that country that people all around the world admire and choose to live.

This intent of this article is to reach people who are not in my circles, who do not hear different points, who do not have black friends, who may not have heard or read what I heard and read during these two weeks. I hope the people who read this learn one new thing that they have not heard before like I did from others.

Here are some list of movies and books I was recommended in case you want to check them out too. 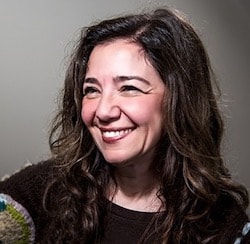 Brooke O. Erolhttps://www.purposeful.business/
Brooke O. Erol started her career at IBM following the traditional path she was given to be "successful". She quit her "great job" on paper after 11 years, feeling she is not aligned with it. She started her journey to find her purpose in life. She started her first business in 2003; Your Best Life to help professionals who don’t like their jobs and want to find more meaning at work. After being around so many unhappy people at work as her clients, she decided to help the organizations and leaders who employed them. She started her second business; Purposeful Business to help leaders catch up with our times and grow their businesses without sacrificing the well-being of their people; where profit becomes a by-product rather than the main goal. She believes life is too precious to live only for weekends and retirement. She is the author of Create a Life You Love. She is also the co-author of "From Hierarchy to High Performance: Unleashing the Hidden Superpowers of Ordinary People to Realize Extraordinary Results" that became an International Best Seller in 2018. She speaks and writes about Leadership, Purpose-Driven Life and Organizations, Future of Work in the US, and abroad.

Purpose is One Ingredient of a New Recipe for Work

The Rise of “Purpose” During the Pandemic