The Child Connection – The Young Face Of The Human Trafficking Nightmare

BY Jax Harrison, with Bernie Gravett

Once upon a time… all the children in the world dreamed free, and never had to worry about monsters in their beds, and all the fairytales had happy endings with everyone living happily ever after….

The Princess And The P.

Julia was 13 years old, fun, popular, cute and cheeky. She was on the school soccer team, attended girl coding classes, wanted to be an inventor, had a cat, Snapchat and Instagram. A normal teenage girl.

He started sending her direct messages, telling her how pretty she was and asking if she could meet him after school. They began messaging constantly.

One day a boy from another school liked her picture and told her she was pretty. He seemed nice, he was friends with her other friends online. He started sending her direct messages, telling her how pretty she was and asking if she could meet him after school. They began messaging constantly. He asked her to send pictures of herself getting dressed, flirting and suggesting what she should wear. Julia finally gave in to the boy’s request to meet him in person. She told her friends she was going home and told her parents she would be with her friends. Instead, Julia went by herself to meet the boy for frozen yogurt.

The boy made her feel special and pretty and smart, even though he was older. Their connection was instantaneous; he bought her gifts and gave her spending money. Julia believed she was in love, but she told no one else in her life what she was doing; he wanted it to be their secret. Julia’s busy parents noticed she was preoccupied, but put it down to just being a teen.

When she tried to protest he hit her in the face and told her to calm down. He didn’t let her out of his sight.

One day, the boy said they were going on an adventure; Julia happily got into his car. She drank the Coke he gave her, not realizing he drugged it. As soon as she passed out, he smashed her phone on the freeway. They drove the rest of the day and night, already states away before anyone realized she was gone. When she tried to protest he hit her in the face and told her to calm down. He didn’t let her out of his sight. He raped her for the first time that night, over and over again. Days later at a hotel, he told her he was sorry, that he just needed her to be with him, and that tonight she would be a princess. He took her to get her nails done and bought her new clothes. He insisted she would have to help pay for them and posted her profile on an adult services website. For the next few months, she had sex with anyone he told her to, trying to keep him happy. Afterward he would tell her she was his princess, and she would sleep in a drugged fog in his arms.

She was delivered to her new handlers gagged, bound, drugged and paid for, then unceremoniously dumped in a trucking container. There were five other girls, all around 13 or 14 in the dark container.

Months later they were at a truck stop and he told Julia he couldn’t keep her anymore. He was bored with her, she was used and damaged and too old for him now. She sobbed, telling him she loved him. He said he was selling her for her own good. She was delivered to her new handlers gagged, bound, drugged and paid for, then unceremoniously dumped in a trucking container. There were five other girls, all around 13 or 14 in the dark container. It was damp and cold, with just a bucket to use for the bathroom. She had no idea where she was, drifted in and out of a haze. She was too scared and numb to cry, silent as she knew making a sound would get her a beating. They moved from hotel to hotel, where they were told they needed to earn their food by sleeping with the men brought to them. A woman handler watched them constantly, taking the money and reporting the slightest deviation of the rules which would result in a beating.

One day they told her she was going to be a princess, along with a few other girls. “You are one of the lucky ones, no more hotels for you,” they said. They cleaned the girls up, did their hair and nails, covered the bruises with makeup, perfumed them and dressed them in a sheer veil. The girls were led to a dark room set up like a stage, with screens along the sides and tables in the middle. Julia was told to stand up on a table and not move. She stood trembling, tears running down her face when they made her drop the veils. Naked, she was sold to yet another man. This man raped her for the next two years, often beating her afterward. He pimped her to his ‘friends’ when money was tight. He forced her to look after his aged parents and household and to make the jewelry he sold to a local factory manager. She never saw her family again.

Julia’s story had no happy ever after. The man finally beat her to death when she tried to run away for the fifth and final time. [1]

Julia was just an ordinary girl. She could have been your daughter, your niece, your cousin, your friend in school, your neighbor. She could have come from anywhere; she could have been from Kansas City, Missouri, which holds one of the highest rates of human trafficking prosecutions in the United States, according to Shared Hope International.[2]

With a confluence of east-west and north-south interstates, Kansas City is uniquely situated for access to larger cities such as Chicago, St. Louis, Minneapolis, Denver, and others. The One by One Project estimates that 4,000 American children are victims of commercial sexual exploitation in Missouri alone. Kansas City may be one of the top U.S. cities for domestic sex trafficking of minors, but reports come from virtually every imaginable community in every corner of the U.S.

Julia was recruited by an online predator who used the Romeo Pimp[4] method: seducing a girl with gifts and attention during the recruitment phase, using psychological manipulation with a constant threat of violence. This is one of the most common ways of capturing young girls.

How can you be sure your child is safe?

✅ Always be aware of who they are talking to on the internet.

✅ Check your children’s phones and social media accounts and all their devices regularly.

✅ Do a Privacy Check with them at least once a month. Make it fun and start now! Technology Taco Tuesdays!

✅ Talk to them about human trafficking; awareness is prevention.

Below are some links to help you keep your kids safe online and to use to discuss online and personal safety.

What else can you do?

▶︎ Locate local agencies in the national referral directory to help someone or become involved.

[1] As told to the Justice Project KC – identity changed 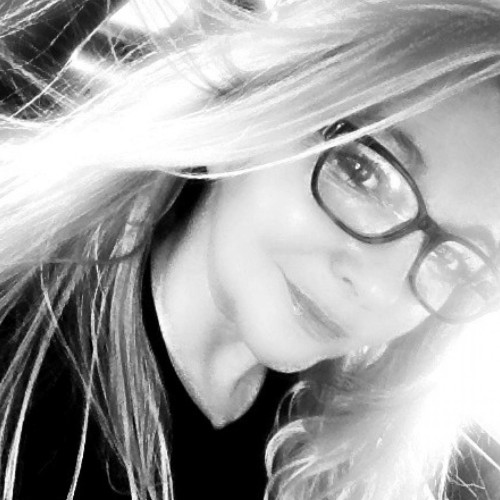 Jax Harrison, with Bernie Gravetthttp://www.jaxharrison.com/
Jax Harrison is the founder of the Jax Harrison Network, an independent Consulting Agency. Working to develop PR strategy and communications, she understands how the evolving worlds of technology and social networks intersect with traditional marketing and public relations. Jax develops strategic alliances and utilizes her network to create opportunity. Clients have included the Kauffman Foundation - FastTrac, a program that assists entrepreneurs in starting and building businesses across the United States. Jax is also an advocate for the empowerment of women. She is a Global Ambassador for Inspiring RareBirds, working to develop the next generation of women in leadership. She is a Board Member with the Justice Project of Kansas City and previously worked with the Canadian Women’s Embassy Charity Group in Peru, raising funds and reporting on women and children - focused development projects. While living in Peru Jax helped to found Father Joe’s Orphanage, a non-profit that rescued children from war-torn terrorist areas. Born in New Zealand, Jax has lived all over the world and has extensive experience in the entertainment industry, specializing in television, film, and photography. She co-founded Biscuit 8, a venture that represented photographers and directors; producing television, films and commercial photography. Jax currently resides in Northern California’s Bay Area, is a dedicated humanitarian, and works to benefit humankind in her downtime, specifically anti-human trafficking, and is a founder of Stopchildtraffick.org. Jax believes that the practice of Kindness, specifically mindful kindness, makes a difference in all areas of life.

The Child Connection In Human Trafficking: Coerced And Compelled