The Career That Almost Wasn’t

I took the Oath of Office to become a Syracuse Police Officer on May 6, 1970.  The start of my Police Career almost ended before it started.  Several days before I was sworn in I received a call from the Syracuse Police Personnel Department and was advised that I needed to come to the Public Safety Building for another interview.

Once there I was ushered up to the 4th Chief’s Office.  Seated was the Chief of Police, 1st Deputy Chief of Police, and two other Deputy Chiefs. I was asked to explain a question that I had answered during my time as a U.S. Marine.  One of the pre-qualification questions had to do with time in the military and had the candidate gotten in any trouble that might disqualify the candidate from being considered for the position of a police officer.  When I filled the questionnaire out I related an incident that occurred while I was on a Ready Force Deployment in the Caribbean.  I was assigned to the 2nd Tank Battalion as a Tank Commander and our platoon took part in practice landings with the Dutch Marines in Aruba.

Prior to departing the ship for the landing, we had secured two canned hams from the Navy in exchange for two cases of C-rations. Once ashore and after we finished our two-day exercise we traded one of the hams for a case of Heineken beer.

Unknown to me one of my crew members had secured a couple of beers to take back aboard ship.  Once aboard the ship, one of the Navy personnel discovered the beer which was a violation, and reported it to my 1st Lieutenant.  We, all four of us, were brought before the Ship’s CO who along with my 1st LT, rather than preferring charges assigned us to a work detail for one week in the ship’s bilges. Although I did not know it at that time this was never made part of our Military record.

After explaining what had happened to the Chief’s I was advised that the incident would be taken under advisement and a decision would be made as to the future of my hiring.

Now what should be noted was that at that time my father was a Sgt. with the Department and a highly respected officer having almost 20 years in the department.  The Chief of Police asked me if I had a problem with authority?  Would I have a problem following the rules and regulations of the Syracuse Police Department and more importantly did I think because my father was a Sgt. on the Department did I think that should be enough for the incident to be overlooked?

I could feel my career starting to slip away before it got started.  I explained that what had happened during my time in the Marine Corps was an incident that I regretted, that I was not reduced in rank, and that I had been honorably discharged as a Sgt.

I also explained that I would have no problem with authority and following the rules and regulations of the Syracuse Police Department and that I looked forward to taking the oath of office.  More importantly, I wanted to be part of the Department based on my qualifications not because of my father.  Before the interview ended, the Chief of Police who knew my dad asked me if “I had told my father about the incident in the Marine Corps”?  I said absolutely not that it was something that had happened, I had taken personal responsibility and that I saw no reason to tell my father.  Quite honestly I was thinking I was a 22-year-old Marine Corps Combat Veteran so why would I need to tell my dad about something that had no bearing on my career as a Marine Veteran.

The interview lasted about an hour and when I left the room I was not sure if I had a job or not.

As I got on the elevator, the 1st Deputy Chief got on with me.  He told me not to worry,  that had I not disclosed that incident on the questionnaire the Chief would have never known about it, that it was never made part of my military file.  He went onto say that by disclosing that incident the Chief’s in that interview knew that I was a person of integrity and that I would be getting a phone within the next day or so advising me that I was being hired.

So even back then integrity, honesty and not being afraid to admit to making a mistake was what partly defined being a police officer was all about.   As a former Police Officer, I believe that we should be held accountable for our actions.  I will not say that I didn’t make mistakes during my 25 years in law enforcement.  The important thing is that I learned from those mistakes and throughout my entire career remembered what my father taught me.

To treat every person the same way you would expect to be treated. 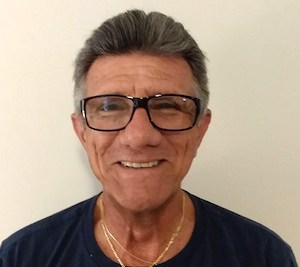