The Bubble I Grew Up In

Let me first preface this by saying that I have officially turned into my parents. I have been known to go on the rant with my kids, “When I was your age, blah blah blah…” I recently had one of these “moments,” and afterwards, was so stunned that I just stared blankly ahead. One of my kids, who probably thought I was about to have a stroke said, “Mom, what’s wrong?”

“(Well aside from you kids driving me insane, which I did not say) Oh My God, I sound like my parents.” The greatest epiphany of my nearly half-century of living. I can’t believe it. I do have to say that I am proud of myself for not saying the bit about having to walk a mile to school each day (uphill both ways), sharing my sibling’s boots to obtain the much-needed base education that has gotten me where I am today. We’ve all heard that one, right? Besides, I have a brother and his feet are much bigger than mine, so that would have been a no-go. But this all got me thinking about where I come from. More specifically, the “times” I grew up in. OMG, another parent reference…

I grew up in rural Upstate NY. And when I say “rural,” I mean we had no stop lights, one school that was K-12 and it took almost thirty minutes to get to the nearest McDonald’s. By the way, this last bit went over like a fart in church with my college friends who basically couldn’t believe that I had LIVED through my childhood without frequenting a McDonalds on a regular basis. We had one grocery store, a Five and Dime (still there), a pharmacy with a soda fountain (my kids have no idea what this is), a few corner stores where you could buy Swedish Fish for one cent each (and all of us kids had our dirty paws in the bin choosing our fish), and a big man-made lake where we all learned to swim and water ski. For me, I saw it as home. I thought unless you lived in a city, everyone lived like me.

People often make fun of those of us who grew up in small towns. They call us “hicks.” Were we all well-traveled? No. Back then, we thought going to Montreal for our senior trip was the cat’s a$$ because we rode on a bus that had its own bathroom. Today, my kids go on Coach buses to soccer games and have done so from a young age. They had the thrill of a bus with a toilet at ages 10 and 11, while I had the same experience at 16. My kid’s school trips are now to Europe and tropical islands, not Canada on a Greyhound bus. My kids have graduating classes of 800+ while mine was around 50. Between teachers and students, there are three times the amount of people in their high school than in the entire town I grew up in.

I meet lots of new people every day in the town where I now live and I will later ask the kids, “Do you know so-and-so? I met her mom today.” I get back “No. Never heard of her.” And I say, “But she’s in your class!” My kids are so annoyed when I ask because how could they possibly know all 800+ of their classmates. I can’t imagine not knowing anyone in my class because where I grew up, we even knew kids in elementary school. After all, we were in the same school!

We all left the doors to our houses unlocked and our parents would come home to find other people’s children in their living room waiting for their own kids to come home. This was normal to us. Today, our homes are buttoned up tighter than Fort Drum, many with security systems. If some kid other than your own is at your house as you arrive home, you’re thinking, “What the hell is he doing here?”

We would ride our bikes all over and be told to be home for dinner by 6 (if we had a watch) or by dark. Since bike helmets weren’t widely used until 1984, we survived an entire childhood covering a lot of miles without one. If my son goes on a bike ride, he must text me the minute he gets to his destination so I know he is still alive. Today, I can’t imagine not knowing where my kids are for hours and hoping they show up by dark. Personally, I lose my mind when my kids don’t answer a text within 15 minutes. How did our parents even cope with this?

It was a different time. We talked to each other. We even talked on the phone. We didn’t have Snap Chat streaks for days with our friends, taking constant selfies of ourselves. As a parent, I have to say that this drives me insane! Remember when you used to frown and your parents would say, “Your face is going to freeze like that!”? Well, I have a legit fear that my daughter’s face will be stuck in “duck lip” mode for years to come.

Speaking of actually having conversations, I remember when I was young we had party lines and had to wait to use the phone or call 0 for an operator to make a long distance phone call. And let’s not forget the 10-foot phone cord that was taut against the living room entrance like a limbo game so you could be in your bedroom for a private call. I don’t think my kids would even know what to do with a wall phone with a long cord (you mean you didn’t have an iPhone mom?), let alone a rotary phone. In fact, my son would probably find it easier to play Fortnite with a controller for hours than to dial a phone number on a rotary phone. Gone are the days of Pong, but that’s a whole other story.

I love the fact that today, if I wanted to, I could drive to McDonald’s, grab a cheeseburger and be home in 10 minutes, probably having eaten the burger on the way home. Or I can hit the mall, not an hour away like in my childhood, but 5 minutes down the road.

But I will say that I would change nothing about where I come from or the time in which I grew up. I think of my hometown as very Norman Rockwell-ish, with our 4th of July parade and the “doins,” (no one but the people from my town know the meaning of this). It was kind of like growing up in a bit of a bubble. Knowing what I know now, I wouldn’t mind staying in my bubble, just a little while longer. 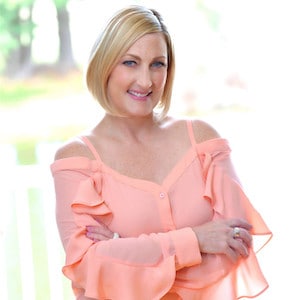 Riddle Me That One

How To Calm The Quiet