The Benefits Of Ridesharing With Your Business Partner Ridesharing services like Lyft and Uber are changing the way we move throughout the country. They’re also making it difficult for policymakers to claim that the industry’s growth needs to be monitored in order to lower traffic congestion or protect profits. That being said, if for some reason ridesharing puts the public in danger, that could be a legitimate reason to start imposing further regulations.

Over the recent years, ride-sharing has started to revolutionize the “taxi” industry globally with up-and-coming companies like Lyft and Uber bringing more competition to the market. In 2014, for example, Uber reported that they were doing 1 million rides per week. Ridesharing doesn’t just provide a way for business partners to get from point A to point B. It’s changing the world for better.

So, why should business partners rely on ridesharing instead of driving?

Well, this guide will provide you with the answers you’re searching for when you’re considering signing up for ridesharing.

It Brings People Closer Together

Ridesharing is so much more than traveling from one destination to the next. It’s about creating a real connection with your colleagues. Most rides, in fact, will usually have enough demand to fill a vehicle. This could allow business partners to talk on the way to work and discuss the pros and cons about a client, an investment, bond, or just overall management during their normal commute.

Ridesharing with coworkers also offers the opportunity for employees who wouldn’t normally interact with each other to get to know one another, fostering a positive work culture within the company.

Many of us feel we absolutely need our smart phones; and ride sharing, for many reasons, has begun to liberate people away from those devices. For instance, if someone is unable to catch the bus or train in time for a business meeting, they’ll more than likely decide to not make the trip. Ridesharing, however, has the benefit of being able to transport people from point A to point B in a timely manner (assuming traffic isn’t bad).

Another way you can view ridesharing is it keeps people mobile. No, not the kind of mobile networking that relies on radio frequency to connect workers. Mobile, meaning that it maintains a constant flow of people traveling from one place to the next.

The Process is Eco-Friendly

One day, the world will have to take a look at itself and really consider what it is going to take to decrease the effects of global warming. The world is getting hotter and the environment has begun to change drastically throughout the years. This is a direct result of the greenhouse gasses produced by the vehicles we use every day.

Many cities, like Atlanta, Cincinnati, and Portland are finding ways to come up with solutions to help improve air quality for residents.

Ridesharing is a great way businesses can contribute to saving the environment. If everyone could fill a car of four people, that would eliminate three sources of greenhouse gas emissions. This would without a doubt change the amount of greenhouse gas in the atmosphere and would slow down the rate of global warming at the same time.

Although there isn’t hard evidence to demonstrate the precise effect ridesharing has had on reducing emissions from cars, the logic still remains clear.

Reduces Traffic Congestion on the Roads

There’s nothing more annoying than trying to get somewhere only to get stuck in the middle of a traffic jam. There are countless reasons why this happens, but it’s mostly self-inflicted. In other words, when everyone’s driving a car, the roads are unable to accommodate for all the vehicles trying to get to the same place at the same time.

Congestion on the roads, however, have been eased over the years by people sharing cars together. Before ridesharing became mainstream, the government, along with other organizations, did their best to encourage people to carpool.

Other Benefits of Ridesharing with Your Colleagues:

In the long run, ridesharing is an amazing service for both the driver and their passengers. Entering your company into the ridesharing world is easier than it sounds. You simply choose any of the popular services, like Lyft or Uber, and your business will be on its way to reaping the many benefits that ridesharing has to offer. Don’t forget to have the correct pick up and drop off location. That way, your driver doesn’t get lost while trying to find you.

Thanks for taking the time to read this article. What are some other benefits to ridesharing with your business partner, or colleague? Feel free to leave comments below. 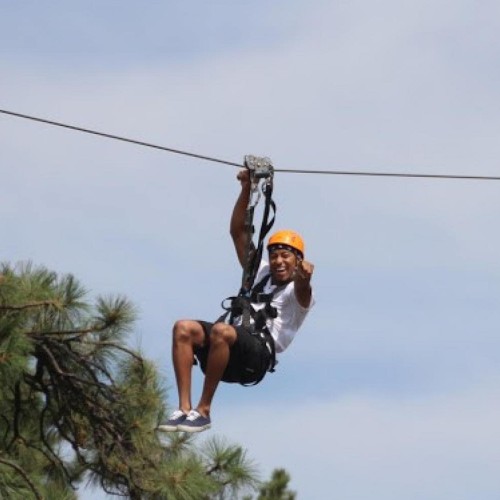 What Does It Mean To Have A Sustainable Company?

Toe-to-Toe: Ways To Handle Conflict With A Colleague