The Beige Sheep of the Family

–Some of us are not destined to live in color. Purpose can be subtle.

“Tammy Cullou! And how are you?”

The old farmer’s sing-song voice greeted me with a smile each morning during harvest, in a small Oklahoma town along the custom combining trail. With less than a decade under my belt, any adult could be labelled old and the location was of little consequence to summertime play.

I have never known the proper spelling or meaning of cullou; if there is a meaning at all. The simplest answer may lie in the arrangement of letters creating the necessary number of syllables and rhyming with the word ‘you’. Regardless, Tammy Cullou is the only real nickname ever bestowed upon me.

Lost in the crowd, I am the silent beige backdrop for the exhibition of more colorful people. If there were such a thing as the beige sheep of the family, that would be me.

My family members are recognized and remembered. Everywhere they go.

Entering local cafés with Mom nowadays means impromptu reunions with bygone faces. Expressions transform at the moment of recognition. Lightened by a comforting connection to the past, they reminisce about life as it was.

“I remember when Scotty …”. The starting phrase of many a conversation as acquaintances recollect fond tales of my Dad. His name was Glen, but his town knew him as Scotty.

My eyes communicate in silence with the approaching server, passing along the message that we’re going to need a few minutes. Smiling at the scene playing out in the restaurant aisle, my role as audience to my family’s curtain calls brings a proud kind of joy to my heart.

Mom is no stranger to the appointment of a distinctive stamp either. She was dubbed Weezy by her comrades somewhere along the life trail. A fun-loving substitute for the name Louise. A reference of friendship extended with a playful appreciation for a special person.

And then there is my brother; the encapsulation of our parents’ best traits. Dad’s calm temperament and olive skin tone. Mom’s height and open mindedness. Likeability is in my brother’s DNA.

The wordplay of referring to their only son as Number One Son escaped me for many youthful years. Oh, how my self-doubt thrived in the nickname laden shadow of my older brother.

Jealousy develops early and romps carefree until knowledge arrives to apply the discipline of reason. His is a name I am now proud to drop as a conversation starter.

“My brother Don worked at the fire department there …” Before I can finish my thought with, “maybe you know him”, an enthusiastic interruption has already begun.

“Big Don! Yea, I know Big Don! You don’t look anything like him.”

I take this as a compliment in the sense that I would rather not be referred to as Big. In spite of my preferences, Big Tammy was indeed a moniker assigned to me by an aunt during my college days.

No, she wasn’t calling me fat. I weighed in at about 110 pounds on a heavy day.

Big Tammy was born to clarify conversations, to differentiate Tammy the person from Tammy the dog. She blamed her grandchildren for picking the name Tammy for the dog. I can neither confirm nor deny the accuracy of her assertion.

The dog and I agreed not to talk about it.

Think I’ll stick to the label defined only by my memory of the shy little red headed girl whose presence inspired the creation of a nickname.

“Tammy Cullou! And how are you?”

The memory of my nickname smiles in my mind, dotting my canvas with a tiny speck of color. 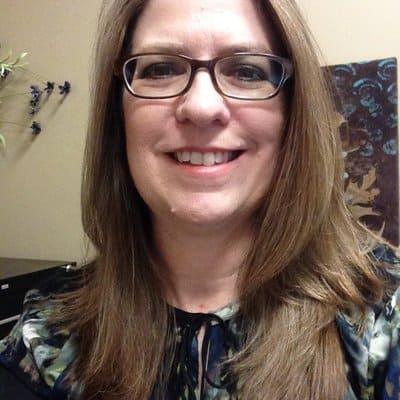 The Hat That Shaped My Life